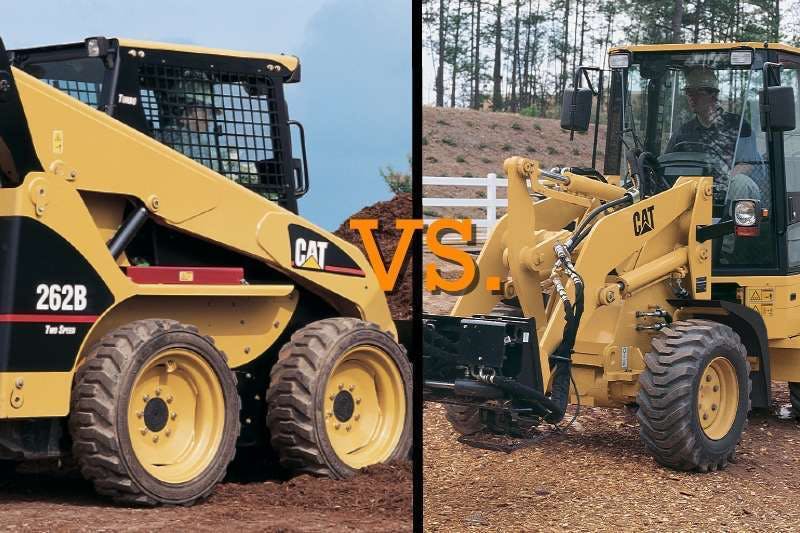 Skid steers vs. compact wheel loaders: Which is the better buy?

Although the skid steer is one of the most popular and versatile construction machines of all time, some landscapers also find the compact wheel loader a compelling challenger.

We pitted the two machines head-to-head in 10 key categories and see how they compare. To generate some accurate numbers and better represent the average age fleet out there, we’ll match specs between some a couple of older machines: a Cat 262B skid steer and a Cat 904B compact wheel loader.

If you’d like to do a similar comparison yourself between machines you own or are considering, be sure to check out the most recent specs from manufacturers.

Bucket capacity
As a general rule the compact wheel loader will have 25 percent more bucket capacity and tipping load. That varies depending on the model. In this case we’re comparing a big skid steer with a small compact loader. 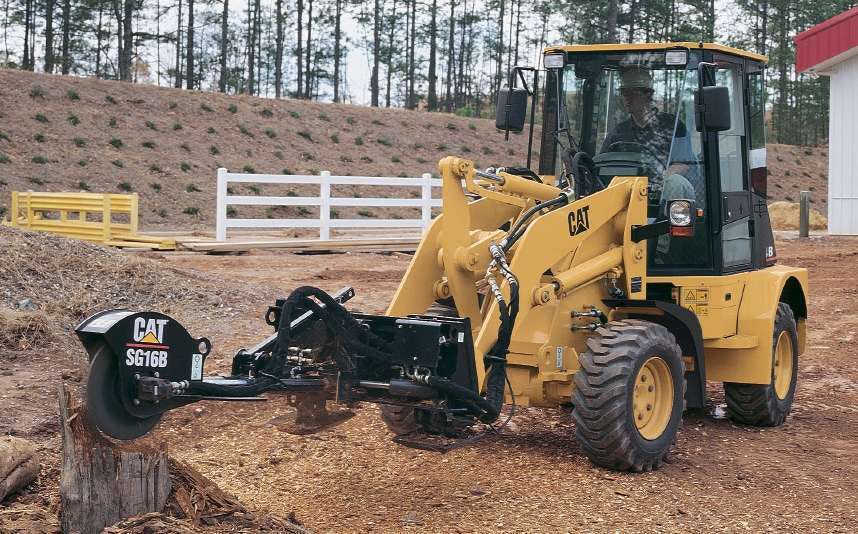 Purchase price
You’ll pay about 25 percent more for a compact wheel loader. But with dozens manufacturers of skid steer, expect a wide range of prices.

Operating costs
Here is where it gets interesting. Fuel and tires are the two biggest operating costs for skid steer. Compact wheel loaders, with their smaller engines use less fuel and their articulated front-end steering is easier on tires too.

Speed
The compact wheel loader is a fast machine. Equipment World’s Spec Guide shows most small loaders offer a travel speed of around 10 to 14 mph. Skid steers average about 7 to 10 mph. Compact loaders also articulate quickly and load faster than a skid steer.

Horsepower
Skid steers win this one hands down. The Cat 262 has 50 percent more horsepower than the 904B. The more ponies, the more hydraulic horsepower as well. But keep in mind the two machines use their power differently. The skid steer needs the extra horsepower to push itself around, counter-rotate and such. The compact loader transfers power to the ground more efficiently so it can use more power to carry loads, but the skid steer can load its bucket and raise it to the dump height with the engine at low throttle, and power high-demand hydraulic accessories.

Maneuverability
Nothing can match the skid steer for maneuverability. It can counter-rotate in its tracks and the low cab height allows it under structures with low clearances. 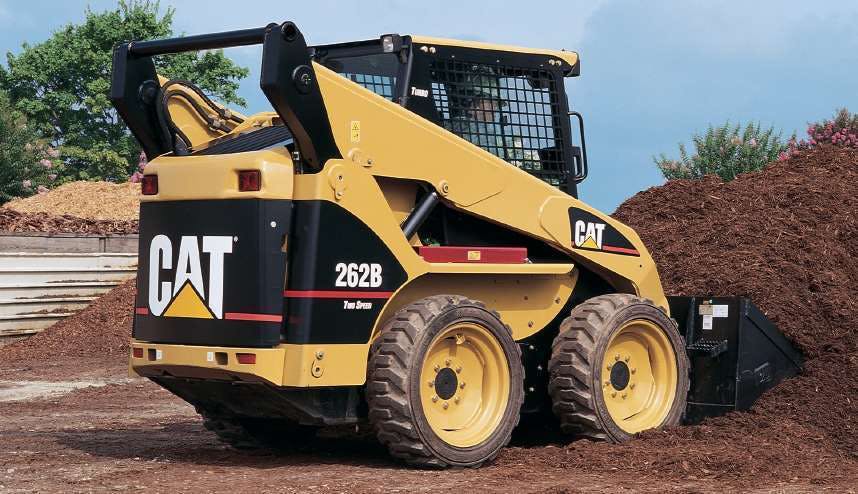 Visibility
It depends on what you’re looking at. The skid steer gives you good visibility to the bucket cutting edge. A compact wheel loader gives you better visibility behind and to the side.

Operator comfort
Because of it’s side-entry door, getting in and out of a compact wheel loader is easier than crawling over the bucket to get into a skid steer. Older skid steers had confining cabs, but manufacturers have done a lot in recent years to make those more spacious. Keep in mind that both types of machines are typically used intermittently, not all day. So small differences in creature comforts aren’t a deal breaker for most landscapers.

Attachments
A skid steer is often portrayed as a multi-function animal and there are a wide variety of attachments that make it so. Compact wheel loaders tend to be viewed as bucket machines, although with auxiliary hydraulics they too can power a number of attachments.

The Verdict
In the end, the better buy for you is primarily driven by applications. If you don’t need the maneuverability or the wide range of attachments that skid steers offer, you may want to take a second look at compact wheel loaders. When you do, don’t get hung up on the higher purchase price. Work with your dealer to analyze total lifecycle costs. 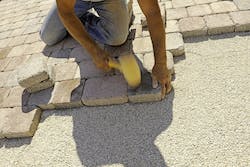 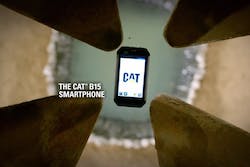 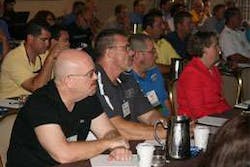