Landscapers, nurseries urged to be on lookout for boxwood blight

Although the latest boxwood blight alarms are going off in Alabama, landscapers in every region of the country where the popular shrub thrives should take notice. A supplier on the West Coast has been identified as the source of infected plants delivered to one big-box retailer in Alabama last month, and officials with the state Department of Agriculture & Industries (ADAI) are convinced that infected plants discovered since then have come in from outside the state.

Regulators from ADAI are now combing nurseries and garden centers statewide in search of more boxwood blight infections and hoping to track down the sources of the plants.

“We’re hoping we’ve found all the affected plants,” a department official said, “but we also know some may have slipped through.” Asking that his name not be used, the ADAI official added: “We don’t have the authority to prescribe what the nurseries should do – that’s why we’re working closely with the Alabama Cooperative Extension System – but, as regulators, we do have the authority to have plants destroyed.”

Meanwhile, the state’s Cooperative Extension System (ACES) has issued a special bulletin aimed at landscape installers, maintenance professionals and homeowners, warning that Alabama’s warm and rainy weather creates “the perfect environmental conditions this spring for development and spread of this disease.”

Dr. Kassie Conner, an ACES plant pathologist based at Auburn University, said the initial discovery of the disease this season occurred in Huntsville. “Once we found it at a nursery there, we did a survey of Huntsville neighborhoods and found several more (infected plants) – all of them in new landscaping installments and all of them from out of state.”

Conner says new reports of boxwood blight are now coming from Tennessee and other surrounding states, although Louisiana appears to have avoided new infections thus far.

Boxwood blight is taken so seriously for a number of reasons, not least of which is the extraordinary popularity of the plant. If you don’t have boxwoods in your yard, chances are at least one of your neighbors does.

By far the greatest cause for alarm, however, is the ease with which the infection spreads. Although it’s possible plants carrying the pathogen won’t show obvious signs of the disease if the infection is very recent, landscapers should learn what to look for, particularly leaf spotting and elongate, dark cankers on stems.

Putting infected plants next to healthy ones is the most common way boxwood blight spreads, but the pathogen can also spread via spores, which stick easily to shoes, clothing and tools. Consequently, landscapers who unknowingly install infected boxwoods at one site are likely to carry the disease with them to the next job. The fungus that causes the blight can survive in soil and plant debris; and naturally, some of that material, too, may be transported to the next job.

As devastating as it is, boxwood blight seldom kills the host plant. However, because it leads eventually to defoliation, the disease effectively ruins plants in the landscape and makes those at nurseries and garden centers impossible (not to mention unethical) to sell.

Norm Dart, state plant pathologist at the Virginia Department of Agriculture and Consumer Services, stresses that while some of the many varieties of boxwood plants are less susceptible to blight than others, “None is immune.”

Dart says regulatory agencies typically will destroy plants with boxwood blight if they’re found in a nursery or retail center. “All states I’ve talked to are doing it that way,” he says. But, once the plants are in the landscape, “it’s just a totally different story.” If tracking down infections within private landscaping projects is tough, tracing the source of the plants used in those projects is even more difficult.

Boxwood blight has been known in Europe since the early to mid-1990s, Dart says, and made its way to the United States in 2011. After first being detected in North Carolina, the disease was quickly discovered in Virginia plants as well, Dart recalls, “and pretty soon you had it in Connecticut, Rhode Island – 14 states in a six-month period, and three Canadian provinces, too. It happened very quickly.”

James Jacobi, another Alabama plant pathologist, says boxwood blight first appeared in that Deep South state in July 2013, “when it was found in a new landscape installation where boxwoods had just been planted.” Then as now, he says, the disease was introduced by plants shipped into the state from suppliers elsewhere.

“The best strategy,” Jacobi says, “is trying to keep it out. You can treat it with fungicides, but there’s no way to rid the plant of it. Once you have it, it’s going to be with you.”

He says boxwoods are an “integral part of many Alabama landscapes,” which is one reason ACES and the agriculture department are working hard to address the latest infestation. “You have a lot of money invested in boxwoods in this state,” Jacobi said.

Fortunately, landscaping professionals can find plenty of guidance on how to prevent the introduction of boxwood blight as well as how to respond if the disease is discovered in one of their clients’ landscapes. For example, the Virginia Cooperative Extension program has formed a Boxwood Blight Task Force, issuing a series of best-practices bulletins for landscapers, nurseries and garden centers, among others.

Interestingly, those best practices are broken down between entities – say, wholesale nurseries – that have found boxwood blight infections and those that haven’t. In fact, every expert interviewed for this story emphasized time and again that prevention is critical when dealing with a disease that spreads so easily and can’t be cured.

A white paper from North Carolina State University (NCSU) states flatly, “All plants infected with (boxwood) blight should be destroyed, as the chance of further spreading this fungus is highly probable.”

Once the disease is introduced into a landscape, the NCSU experts say, “limiting movement of this sticky, contagious fungus is VERY difficult and will ONLY be accomplished by ALWAYS following good sanitation practices …” The emphasis is theirs – and warranted.

Here’s a few of the sanitation practices the university either recommends or warns against: 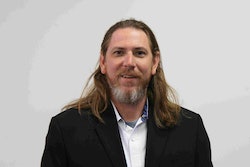 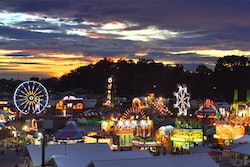 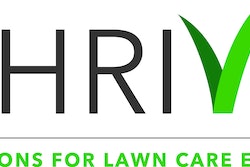