The iconic Minneapolis Sculpture Garden at the city’s Walker Art Center is scheduled to close in October for an overhaul that’s long overdue, according to the project manager with the Minneapolis Park and Recreation Board.

“The garden is deteriorating. The plant mat is becoming overgrown. Some of the granite infrastructure is falling aside and cracking,” Dana Murdoch told The Architect’s Newspaper. The $10 million redesign of the park’s landscape and conservatory will be led by Snow Kreilich Architects and landscape architects Oslund & Associates, both of Minneapolis.

One of the biggest elements of the project will be a new storm-water system and upgraded irrigation. “We have some fairly serious drainage issues because it’s a formerly swampy area and it has had impacts on the navigability of the walks,” Murdoch said.

Built in 1988 by the late Edward Larrabee Barnes, a New York architect, along with New York landscape architects Quennel Rothschild & Partners, and expanded four years later by Michael Van Valkenburgh Associates, also of New York, the park is part of an ancient drainage bed for the Mississippi River.

“It’s a very unstable condition,” lead landscape architect Tom Oslund told The Architect’s Newspaper. “It’s kind of a mess. But we decided to actually embrace that.” The design team’s plans include the use of riprap slopes, a large cistern and a retention pond to contain the entire garden’s storm water, as well as “enhanced turf” to aid drainage.

Slated to reopen in May 2017, the redesigned Sculpture Garden will still feature perhaps its most well-known piece, “Spoonbridge and Cherry,” by Claes Oldenburg and Coosje van Bruggen. 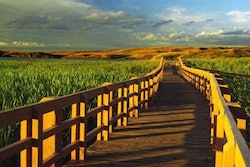 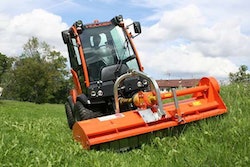 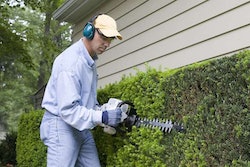 Landscapers have front-row seat as ethanol fight rages on 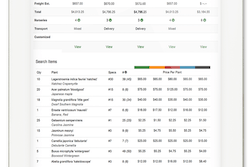