Among the 66,000 people a year coming to the United States from foreign countries to do temporary work with an H-2B visa, it’s a good bet only a handful will be proficient in English. Some of the workers, of course, will have a limited command of a small number of often-used English words, while many will understand virtually no English.

According to the U.S. Department of Labor, more than 35,000 H-2B workers were employed in landscaping or forestry in 2013, the latest full year of statistics. Clearly, for landscaping companies that employ a significant number of H-2B workers, language barriers can represent a daily challenge.

Yet, while numerous publications offer free information on managing language barriers in the fields of health care, hospitality and the legal profession, you may be disappointed in your search for reputable advice specifically targeting landscapers. Fortunately, good communications skills rest on some broad principles, which apply to the management of virtually any kind of organization.

Among the employees of your company that need bilingual skills more than others is your receptionist, according to the Centre for Culture, Ethnicity and Health (CEH). And while you may not have someone devoted solely to human resources, whoever counsels employees about company policies and standard operating procedures needs to have some command of any foreign language spoken by a significant number of your workers.

If you employ a bilingual receptionist or counselor for your workers, announce it with signage: “Habla Español.” Doing so, CEH says, will go a long way toward making your temporary foreign workers comfortable in their jobs.

Whether your company has hired interpreters, key employees who are bilingual or simply a bilingual foreman to ensure effective communications with crews, the way that communication happens is also important. And consistency is the key.

When having someone act as an interpreter, be sure they do not participate in the conversation, according to the American Academy of Family Physicians, whose members use interpreters routinely in their medical practices.

The interpreter should never answer a question for either party. For example, let’s say a member of your sales team mentions that the client wants daylilies on the left side of a garage. The interpreter tells the crew member, and the crew member asks if they want the lilies on the side only or the front-left as well. An interpreter may assume he or she knows the answer, providing incorrect information without consulting the salesperson because the intent seems clear.

At the end of an interpretation session, routinely check with both sides of the conversation about whether any clarification is needed. Time is money, to be sure, but having to re-do a major task because of a misunderstanding is even more costly.

Becoming familiar with the specifics of different plants can be hard enough even without a language barrier, so it’s advisable to take special care to avoid misinterpretation when that barrier exists. Using visual aids is not only a great way to ensure everyone is on the same page, it’s also one of the most effective tools in learning another language, according to the Frankfort International School.

Showing images of plants, equipment and the like during a training session can greatly benefit your non-English-speaking employees.

Needless to say, Spanish is the language spoken by nearly all H-2B workers in the landscaping industry, so insist that your project managers and English-speaking foremen know at least some common Spanish words. That modest effort is likely to pay dividends and help all your employees feel like they’re part of a team. 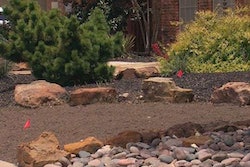 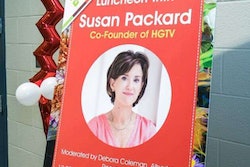 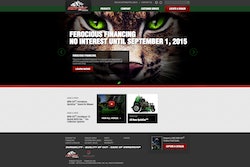 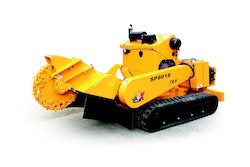