Whether you’re buying it to move your crew from point A to point B or to run your equipment once you get there, you’re going to buy gasoline. There’s no living without it in the landscaping business. But the government has some good news to share this summer: Chances are, you’re paying less for gasoline now (in real, inflation-adjusted dollars) than you have in years.

According to a U.S. Energy Information Administration (EIA) report, the main reason for the season’s lower prices is a decline in the price of North Sea Brent crude oil vs. this time last year. The current national average price per gallon is $2.77, according to AAA, and EIA has projected the average price for April through September of this year will be $2.67 per gallon.

Gasoline prices haven’t been this low since 2009, when the price was $2.70 for a gallon of regular. From 2011 to 2014, gas remained in the $3 price range. This season’s lower prices are prompting Americans to hit the road. Travel is expected to increase 2.1 percent compared with last year.

However, not every state is enjoying the drop in gas prices. In California, gasoline prices have been spiking lately, rising 28 cents a gallon in the week of July 6-13. The California Energy Commission has begun investigating causes for the price spike. The current explanation is that there is simply a higher demand for gas than suppliers can keep up with.

Suppliers typically deliver only as demand requires, which cuts down on storage costs, but this throws prices off if supply and demand become uneven.

In addition to California, states with the nation’s highest gasoline prices include Alaska, Hawaii, Nevada and Washington. On the other end of the spectrum, South Carolina and Mississippi are cruising along with gas prices of $2.40 and $2.46 a gallon, respectively, according to AAA’s Daily Fuel Gauge Report.

The Midwest is currently saving the most at the pump on a monthly basis, due to the resolution of refinery issues in that area.  Every region except for the West Coast has experienced a decline of 76 cents or more compared with this time last year, according to EIA’s Gasoline and Diesel Fuel Update. Diesel has dropped a dollar a gallon across the entire United States compared with its 2014 price. 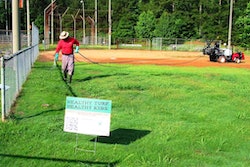 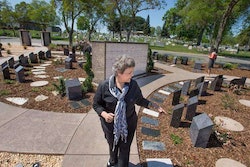 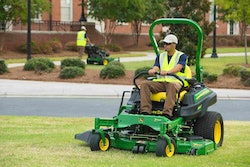 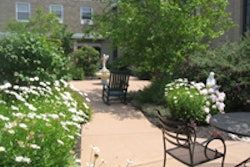