A 23-year-old landscaping worker was killed in Hebron, Kentucky, on Friday, July 23, when the riding mower he was using rolled over on him.

The man was mowing common property of the Thornwilde subdivision and worked for T.R. Gear Landscaping, according to the Boone County Sheriff’s Office.

Deputies said he was mowing a steep embankment on Bloomin Spring Court alone when the mower overturned on him.

According to the Lexington Herald, the worker was dropped off to work around a pump station and his coworkers found him around 10:30 a.m. and rolled the mower off of him.

“I see him over there, the machine on top. I pushed the machine over. I called 911,” Efrain Cruz, a coworker, told WLWT.com.

The Boone County Coroner was called to the scene and pronounced the man dead.

The mower used was a Turf Tiger, which weighed about 1,800 pounds. The manufacturer recommends that the mower not be used on slopes 15 degrees or steeper.

T.R. Gear Landscaping, which is based in Fairfield, Ohio, said the incident was tragic and that their prayers are with the family, according to WLWT.com.

The incident is still under investigation. 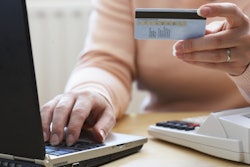 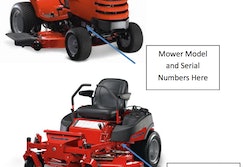 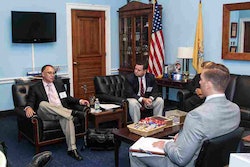 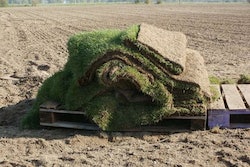