In market crowded with sellers, choosing seeds is challenging

Planting seeds seems like a simple thing to do. Dig a little hole, drop a seed in, water and leave it be for a while. But first you have to find the seeds and that journey can lead you down a not-so-little hole – a rabbit hole of confusing terms and a multitude of seed sources, each boasting theirs are the very best.

Whether you’re considering adding a nursery operation to grow plants for your company’s landscaping jobs or simply want to prepare yourself for clients’ inevitable questions about growing their own vegetable gardens, here are seven websites that can get you off to a good start.

But first, a quick course in seed-seller terminology:

Heirloom – These seeds are coming back into favor due to their superior flavor. Heirloom seeds are varieties that have not been altered by modern breeding. They were preserved by gardeners working in their backyards and passed on to neighbors and family. These are all open-pollinated.

Open-pollinated – This means that if the variety of plant is kept away from other varieties of the same species the seeds it produces will be true to type. Open-pollinated plants are able to adapt to the area they are planted in and will improve from generation to generation.

Hybrid – If a plant is cross-pollinated with another variety of the same species, then it is a hybrid. The offspring of a hybrid will not have the same traits as the parent. Hybrids often have higher disease resistance and more uniformity than heirloom or open-pollinated plants.

Non-GMO – These seeds have not been genetically modified by having a genetic trait artificially implanted into their DNA. Certain GMO plants can pass on their modified genes, affecting the offspring of a non-GMO variety.

Organic – In order for a plant to be considered organic by the U.S. Department of Agriculture, it must grow from non-GMO seeds without chemical fertilizers, synthetic substances, prohibited pesticides, irradiation or sewage sludge.

The site is easy to navigate and also provides a library of information on growing different kinds of seeds. Johnny’s Selected Seeds appears to be a good choice when looking for standard seeds at a fair price.

Founding his business in 1876 in Philadelphia, W. Atlee Burpee created the world’s fastest growing mail-order seed company by the 1880s. Burpee had a passion for innovation and created new vegetable varieties a few years after starting his company. Now Burpee is known for its annual catalog.

The site offers a bounty of choices in vegetables and flowers, and has separate pages dedicated to heirloom and organic seeds. It also serves as a good resource for those trying to find their green thumb.

Steve Solomon launched Territorial Seed Co. in 1979. After five years of sending out mail-order catalogs, he sold the company to Tom and Julie Johns, who have since focused the business on selling customers seeds that grow into fresh and flavorful produce.

Territorial Seed Co. also has a link that enables users to try their hand at creating the perfect layout for vegetable beds. This feature is free for seven days, after which customers can pay a $29 a year subscription fee to keep using it.

The company points especially to its unique and unusual Southern heirloom seeds.

Over 20 years old, High Mowing Organic Seeds started out with just 28 seed varieties in 1996. It now offers more than 600 heirloom, open-pollinated and hybrid varieties of seeds. Unlike some of the other listed seed sources that have just a section of organic seeds, all of High Mowing’s seeds are organic. Another feature that sets High Mowing Organic Seeds apart is its promise of free shipping on all standard orders within the continental United States and Canada regardless of the order size.

In 1998, at the age of 17, Jere Gettle sent out his first Baker Creek Heirloom Seeds. Baker Creek specializes in rare heirloom seeds. The company offers more than 1,800 heirloom varieties of vegetables, flowers and herb, including Asian and European varieties.

Of Baker Creek’s offerings, the All Blue Potato is a particularly peculiar heirloom. It dates back to the 1800s and descended from the Peruvian Andes.

An exclusive find on the site is the Buena Mulata Hot Pepper, which is a 1940s heirloom that changes colors as it ripens.

Definitely the youngest of all the listed seed sources, Sustainable Seed Co. started in 2008 and is a certified organic seed farm that produces more than 1,700 varieties.

It is home to obscure heirloom fruit and nut trees, grapes and antique roses. This company serves a very niche market, but if there is a particular type of tomato you are looking for, the website offers you more than 300 to consider.

An interesting product that Sustainable Seed Co. sells is its Safety Seed Packages. These vary in size and and price, but their purpose is singular: The seed bank is supposed to serve as a security blanket if worse comes to worst in the world. 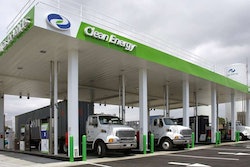 Gasoline’s not alone: CNG down to 39 cents per gallon 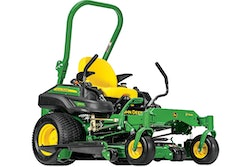