A Drexel University study shows that four major U.S. cities receive enough rainfall each year that the water, if collected, could be used by homeowners for the majority of their toilet flushes.

Apparently, some homeowners are already getting the message: According to a recent American Society of Landscape Architects survey, the top trend among projects expected to be in high demand this year is rainwater harvesting.

A Drexel University news release on the study notes that toilet flushing is the biggest use of water in both the United States and the United Kingdom. One-third of potable water is used for this purpose.

“People have been catching and using rainwater for ages, but it’s only in the last 20-30 years that we have realized that this something that could be done systematically in certain urban areas to ease all different kinds of stresses on watersheds; potable water treatment and distribution systems; and urban drainage infrastructure,” said Franco Montalto, associate professor in Drexel’s College of Engineering and director of its Sustainable Water Resource Engineering Lab.

The study examined Philadelphia, New York, Seattle and Chicago to see if rainwater harvesting would be feasible in those urban settings and how much storm-water runoff would decline as a result.

By taking the average rainfall patterns, residential populations and roof areas for each city, researchers calculated that with a rainwater storage tank of just over 1,000 gallons, a family of three would have enough water for 80 percent of its flushes in a year. The water could be collected by simply redirecting the downspouts.

If a household were able to use rainwater in this form, the study found, both its potable water use and the household’s average water bill would decline by 25 percent. Storm-water runoff, meanwhile, would be cut by 40 percent if a 1,000-gallon home storage tank were used.

The study found that Philadelphia would have the greatest runoff reduction, as its average roof size is the smallest of the cities examined.

“In general, greater potable water savings are estimated in cities with either larger roof areas or lower population density,” the study says. “However, such savings would be accompanied by smaller reductions in runoff. Philadelphia and Seattle are the two cities where percent water savings would be greatest if residential neighborhoods were all equipped with rainwater harvesting systems.”

Montalto sees urban areas displacing rainfall, where it previously would have been able to reach the soil and recharge the local groundwater aquifer.

“When the natural landscape is replaced by a building, rain can no longer infiltrate into the ground,” he said. “It runs off, is captured in drains, where it can cause downstream flooding, carry pollutants that settle out of the air into local water bodies or – in the case of a city like Philadelphia or New York – cause the sewer to overflow, which leads to a discharge of untreated wastewater into local streams and rivers. So capturing rainwater can help to reduce the demands on the water treatment system and ensure that it will still function properly even during heavy rainfall events.” 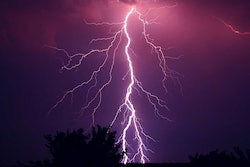 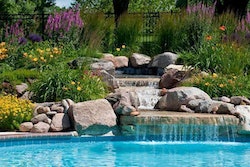 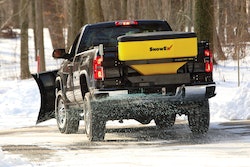 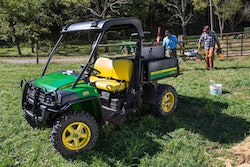