Rick Pate, founder of Pate Landscape Co. Inc. in Montgomery, Alabama, is proof positive that building a successful business requires not only the guts to take risks but also the willingness to get involved – in community, industry associations, even politics – and the importance of cultivating relationships all along the way.

That’s just the beginning; the list of Pate’s civic and professional service through the years is long indeed. For more than a decade, he has served as mayor of the small town where he grew up.

In 1978, when he graduated from Auburn University with a degree in ornamental horticulture, “there really wasn’t a landscaping industry” in Alabama, Pate says, at least not in the sense we think of such companies today. About the only opportunity he could find was working with an outfit near Birmingham, the state’s largest city, but the job paid less than minimum wage.

Fortunately, a better offer came along. A veterinarian friend in Huntsville owned a half-interest in a company that built swimming pools, and he told Pate the business ought to have a landscape component. Having grown up in Lowndesboro, a tiny town (estimated 2014 population of 109) about 30 miles from Montgomery, Pate packed his things and headed to Huntsville.

Those were tough days. “I was young, new in town and trying to start a business,” he recalls. Landscaping took a backseat to building pools and installing hot tubs. “After about two years, I decided I could do better back in Montgomery.”

At the time, Pate’s cousin, Donald Stewart, was running for the U.S. Senate and Pate went to work for the campaign. In November 1980, Stewart lost the election to former POW Jeremiah Denton. Once again, Pate found himself searching for opportunities in landscaping.

“I decided I was going to have to go somewhere and get a job with a real landscaping company,” he says, “and a friend and I got on a bus to Los Angeles.”

Talk about taking risks. He had little money in his pocket and no job waiting for him. After a bus trip that lasted for days on end, he finally arrived on the West Coast. Not wanting to burn through his money at a hotel, Pate made his way to California State University’s Fullerton campus and found the house of the fraternity he belonged to at Auburn. There he made a contact that told him about someone looking for a roommate at a house in Newport Beach. Pate quickly took advantage of his good luck and ended up spending only one night at the fraternity house.

Soon he landed a job in nearby Santa Ana with the company that became ValleyCrest, the nation’s largest landscape contractor – even larger now since its merger in June 2014 with Brickman Group. (The combined companies changed the name to BrightView following the merger.) It was there that he learned landscaping, Pate says.

Still, family members were encouraging him to come home. Pate knew that if he were to go home and make a go of starting his own company, he’d have to make sure potential customers could find him. At the time, that meant you had to have a Yellow Pages ad, and you had to commit to purchasing the ad long before the new Yellow Pages appeared.

His family made sure the ad would appear in the next edition of the Yellow Pages while Pate was still in California. About the same time, his employer decided to move him from estimating to a more lucrative job in sales. “I had about decided to stay another year,” he said, when the Yellow Pages ad came out.

Pate told his employer he was returning home to Alabama. “They offered me a raise to stay, but I decided, no, I’m going home.”

Just what he was going home to remained uncertain. Even so, he hadn’t been back in Montgomery for long when the ad generated a phone call. “A guy said, “Do you do pruning?’ and I said, ‘Yes!’”

He was in no position to say anything else. He needed work. “I tried to do it all,” Pate said. Paying his dues during the lean and mean early years would eventually pay off, but not until Pate managed to move beyond small projects, which consumed time but offered thin margins at best.

Finally, Pate managed to get the landscaping work for a new shopping center in Montgomery. Not long after, he won the landscaping job for a large John Deere dealer’s new offices.

“Both of those jobs were very profitable,” Pate said, “and I finally got to where I could buy a dump truck and a tractor.”

Even so, not all of the jobs in those early years – years when it was still difficult to turn down any substantial work – proved worthwhile.

“I decided my business model was not working,” he said. “It was the least profitable part of the business that was growing the fastest.” He resolved that from that point forward, there would be no more pools, no more hot tubs, no more small residential. “I decided we would focus on commercial landscape and irrigation.”

Pate Landscape moved to its current location about that time and its founder’s new, singular focus on larger jobs promising decent profits would soon prove to be the right decision.

In the early 1990s, construction projects at Maxwell Air Force Base in Montgomery included major landscaping work. Pate smiles when he recalls his determination to submit a bid for the work.

He got the bond and got the job – his most profitable thus far – and put the money back into his business.

“So often,” Pate says, “cash flow is what gets you. I never had that trouble again.”

The company’s vice president, Jason Walker, made the same point in another interview. For landscapers just starting out, he said, it can be impossible to pursue jobs “where you won’t be paid for several months – maybe a year – after the work begins.”

So, while landscaping may be an industry with what business analysts term a “low barrier to entry,” reaching the critical mass necessary to compete for large, highly profitable work can be extremely challenging.

Pate says his company still has the money it made on the Air Force job in the early 1990s. It’s what put Pate Landscape in a position to go after more big jobs.

Just as important, he says, when Maxwell needed more landscaping down the road, officials there made sure Pate Landscape Co. was aware of the opportunity. The quality of work on the first job was crucial to those later jobs, Pate says, but so was the trust he built in working with individuals at the base. In short, relationships count for a lot.

If Maxwell Air Force Base was a flagship job in the company’s history, it was eclipsed – and then some – after Hyundai decided to build a huge automotive plant in Montgomery. And once again, solid personal relationships fueled the professional opportunities.

The Korean business executives who moved to Alabama’s capital city as site preparation for the plant began set extremely ambitious timelines for completion of each phase of the enormous project. One of the first involved a training center for Hyundai employees – a large building constructed not by the automaker but by the state, as part of its multimillion-dollar incentive package.

With Hyundai’s chairman due to visit in a few weeks, company officials told the state that landscaping around the training center must be completed in 20 days. Pate knew the goal was unrealistic, but he also knew that accomplishing it would go a long way toward establishing a solid relationship with Hyundai executives.

Taking on that risk – and all the headaches that went with it – ultimately brought Pate Landscape Co. a total of about $10 million in Hyundai work.

Along the way, Pate won contracts for landscaping several large office buildings constructed in downtown Montgomery by the Retirement Systems of Alabama. More recently, the company completed a $2 million job at a Creek Indian casino near the capital city.

In all of those jobs, Pate says, building trusting relationships led to more work. And in every case, the jobs have been commercial, profitable and sizable, in keeping with his resolution many years earlier to stay focused on that segment of the market.

“I never tell people I’m a horticulturist,” Pate says. “I tell them I’m in construction. If you want eight or 10 shrubs, you need to find someone else. If you want 5,000, I’m your guy.” 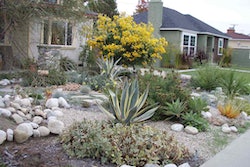 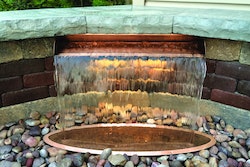 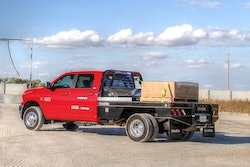 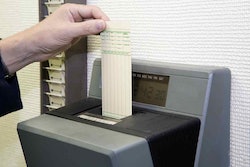