Businesses large and small, for-profit and not, are scrambling to stop new federal overtime rules that could soon become final. Fighting alongside them are numerous local government entities, as well as colleges and universities.

The pending regulatory changes would increase the amount of money a person has to make to be exempt from overtime requirements by more than 100 percent, from $23,660 to $50,440 a year.

Paul Mendelsohn, vice president of government affairs for the National Association of Landscape Professionals (NALP), said the trade group was among 340 organizations that signed a letter this week to all U.S. senators and House members seeking support for a bill that would halt the new rule – or, if passed after the new regulations become final, ensure that all overtime requirements “amended by such final rule shall be restored and revived as if the final rule had never taken effect …,” the legislation states.

The Department of Labor’s proposed changes to the overtime regulations are one step away from becoming final. Submitted last month to the Office of Information and Regulatory Affairs (OIRA), which is part of the Obama administration’s Office of Management and Budget, the change would normally be published in the Federal Register as soon that review is complete and become effective 60 days later.

Among numerous organizations fighting the changes is the Society for Human Resource Management (SHRM), which, like virtually all of the others, acknowledges that federal overtime rules need to be updated.

“There is simply no doubt, however, that 113 percent is unreasonable,” said Lisa Horn, SHRM’s director of congressional affairs. “It’s too much, too fast.”

As most Americans (and certainly all employers) know, federal overtime regulations require that unless an employee is exempt, he or she must be paid 1.5 times their normal hourly wage for working beyond 40 hours in a single workweek.

In interviews Wednesday, both Mendelsohn and Horn stressed that the Labor Department should be required to study the specific economic impacts the new rules would have on small business, nonprofits and other industry sectors, especially in light of significant regional differences in the cost of living.

“The rule would have a dramatic impact on a wide swath of business,” Horn said, “and we don’t think the administration appreciated that.”

Mendelsohn said he’s hopeful the extent of the lobbying efforts now underway will succeed in requiring the Labor Department to postpone any change until after a thorough review of its impact.

“We hope there’s strength in numbers,” he said of that lobby. “It includes some corporate entities, companies of all sizes, membership associations (such as NALP and SHRM) and … well, pretty much ever sector that has a workforce.

“That’s a pretty loud voice,” Mendelsohn said, “and we certainly hope it will resonate with our national decision makers.”

Although sponsorship of the pending legislation to prevent the new regulations from taking effect has been limited almost entirely to Republicans thus far, Horn said she believes the dimensions of the issue – that is, the major impact it would have on virtually all U.S. employers – will attract bipartisan support.

“We’re going to give it all we’ve got,” she said of the continuing fight. “We’re trying to bring together that trifecta – small business, nonprofits and local government – and make sure their stories are heard.”

The opponents say the proposed rule would hurt employees as well as employers, greatly diminishing the flexibility workers may have in their schedules. The bill to stop the rule states flatly that the secretary of labor “did not consider the potential impact … on work-place flexibility.”

Horn, meanwhile, said the rule’s application to all U.S. employers is clearly unfair.

“It doesn’t cost as much to live in Alabama or Nebraska as it does to live in the District (of Columbia) or New York,” she said, but the rule takes no account of those differences.

And her guess as to when a final rule will be published in the Federal Register, triggering the 60-day countdown to its going into full effect?

Mid-May, Horn says, all too aware that it could be sooner. 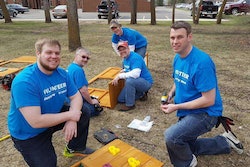 Hundreds of Doosan, Bobcat employees volunteer for day of service 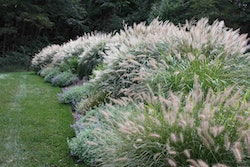 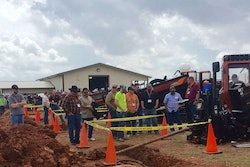 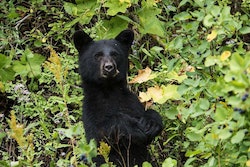