Camso rolls out a line of sprockets for compact track loaders

Camso, formerly Camoplast Solideal, is now offering its own line of sprockets for compact track loaders.

The Camso-branded sprockets feature OEM-grade hardening, precision and quality inspections, the company says. Offered in a half-dozen different sizes, the sprockets fit all of the most popular models of the top compact track loaders, according to Camso, and carry a warranty of 1,100 hours.

As a supplier of OEM and aftermarket tracks, Camso determined that one of the most common causes of premature track failure is worn sprockets – something that can be replaced at a fraction of the cost of a new track.

“By introducing Camso-quality sprockets, we are helping our customers cut down on their track maintenance and replacements costs,” says Mike Dembe, market development manager for Camso North America. “Proper track and sprocket care will more than pay you back in longer track life and reduced downtime at the jobsite.”

Camso says changing sprockets is a simple procedure, and fleet owners who change their own tracks already have all the skills and tools necessary to change sprockets.

Dembe recommends inspecting the sprockets – focusing on the teeth – every time a track is changed. In doing so, he said, look for the appearance of a “shark-fin” profile, or thinning and sharpening of the tooth, at the wear tips.

This thinning of the metal, along with any broken teeth, will degrade the fit and result in excessive wear and tear on the track itself, according to Camso.

“The shark-fin look tells you it’s time to replace the sprocket,” says Dembe. 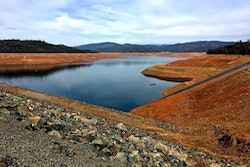 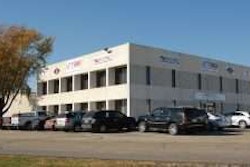 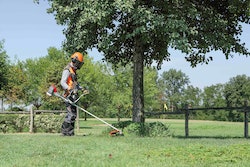 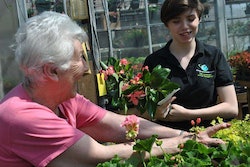 High school students given leg up on careers in landscaping