Koi ponds, stone lanterns do not make a Japanese garden

Among garden designs, the Japanese garden has become something of an icon. Its popularity, however, doesn’t necessarily reflect a broad appreciation of what makes a Japanese garden special.

It’s no wonder, then, that in designing a Japanese garden, the difficulty of achieving authenticity is likely to be the designer’s greatest challenge. Without it, of course, the landscape feels empty of significance, inspiring neither tranquility or awe.

The main cause for this is when the style is copied – carefully including all the popular identifiers, such as stone lanterns, koi ponds and boulders – but the meaning is forgotten.

Every element of a Japanese garden has purpose. In order to design a garden in this style, the principles behind the landscape technique must be acknowledged. Here are just a few of the concepts to recognize:

The significance of gardens for the Japanese comes from ancient religious beliefs and a deep respect for nature. This reverence is reflected by the design of the garden, which is supposed to look like the outside world, just on a smaller scale.

Japanese landscape designer Shiro Nakane restores historic gardens in Japan and creates new ones as well by following the traditional principles. He tells Architectural Digest the goal is “not to make a new nature but to make a copy of existing, desirable nature.”

Anything that would be found in nature can be integrated into the design. Nakane has drawn his designs from large geographical elements, such as Mount Fuji and Niagara Falls.

Since most Japanese gardens are found in smaller, enclosed spaces and their inspiration is much larger, it is crucial to shrink the size of the elements used.

Boulders become mountains and pools represent lakes. Most flat garden designs use gravel to symbolize water. The landscape is supposed to be a microcosm of the greater world beyond, so even bonsai trees can represent fully grown trees.

Nakane points out that even though the garden is supposed look natural, each detail is carefully considered.

“Rock arrangement is a bit like choreography,” he says. “It can take an hour to twist and turn it until it’s placed right.”

Most Japanese gardens are enclosed with fences to further the concept of their being miniature worlds of their own. However, when the opportunity presents itself, outside views can be incorporated as well.

Having an open gate that can frame the desired vista connects the outside world with the inner reflective space of the garden. The borrowed view can be a distant mountain or a tree just beyond the fence. These natural features are incorporated as part of the garden’s design.

By integrating these outer elements, the ambiance and spirit of the location is captured.

Japanese gardening is an intricate process and it is often said the design is never finished because, like nature, it is always changing. 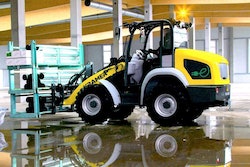 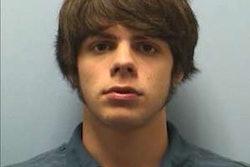 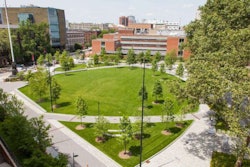 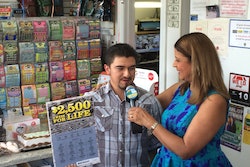