New Jersey town bans landscapers’ use of blowers in summer

About a dozen people spoke during the Township Committee’s hearing on the proposal, with nearly all residents supporting the resolution and several landscapers speaking against it.

Jody Shilan, executive director of the New Jersey Landscape Contractors Association, spoke on behalf of NJLCA’s 550 member companies, telling committee members the organization would like to work with the township toward a solution other than an outright ban.

Later, one of the residents who spoke at the meeting said he, too, thought it was unfair that the resolution would apply to landscape companies but not homeowners’ use of blowers. Township Committee member Greg Lembrich, while voting in favor of the summertime ban, also said it should apply to everyone.

Among several Maplewood residents who spoke in favor of the ban Tuesday night, most said dust and other particulate matter stirred up by blowers was as great a concern to them as noise from the machines. The problem is particularly bad during the summer months, they said, when air quality typically is at its worst.

Maplewood Mayor Victor DeLuca said he thought both sides in the debate raised valid points, adding, “on balance, I’m for this.” He stressed that the ban was only for three months. “At the end of the period, we’ll evaluate it,” he said.

The mayor took strong exception to the idea that the township’s resolution was unfair because it affects only landscapers. He said local government not only is within its rights to regulate businesses but has a responsibility to do so.

“There’s a difference here,” he said.

However, DeLuca did say landscape companies that do work for the township will be told they may not use blowers between June 1 and Aug. 31. 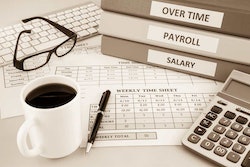 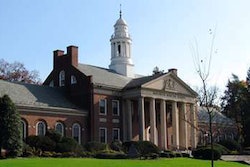 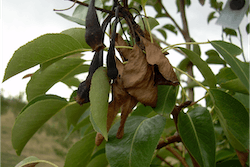 Already widespread, fire blight appears to be worsening this year