Design tips: How to get the untamed, naturalistic garden

While clipped hedges and manicured lawns are pleasing, there’s something carefree and inviting about a garden that’s left more natural. Vines ramble over structures, pathways nearly disappear among billowing grasses and flowers grow freely among garden beds. Butterflies, birds and other wild creatures feel most at home in this type of garden, finding plenty of sources of food and shelter. If your customer is ready to embrace a little wildness in thier own backyard, here are a few ideas to get the look of a natural, informal garden.

Naturalistic gardens draw inspiration from woodlands, meadows, forests or deserts for their planting style and color palette. Depending on your client’s climate, their untamed garden could feel like a shady forest retreat, with plenty of ferns, shrubs and woodland flowers, or like a sun-drenched oasis, filled with low-water plants. Either way, anchor the garden with a few evergreen shrubs for structure and then allow smaller shrubs, ornamental grasses and perennials to fill in naturally, overlapping and spilling into pathways.

Turn to natural materials, such as local stone, gravel and recycled wood, for walls, walkways and fences. Keep the presence of human-made structures to a minimum, choosing hardscape designs that keep with the natural landscape. For example, the native boulders in this Washington, D.C.-area property were integrated into the understated pathway design.

Flexible seating areas. Skip built-in seating areas that are heavy on hardscape, and opt instead for more flexible arrangements of chairs, tables or fire pits that can be moved around. Portable furniture allows you to move your outdoor gathering spot according to what feels best in each season. Perhaps one area of the garden — such as under the canopy of a large shade tree — is more appealing in summer, while a spot that catches late-afternoon sun can be welcoming in winter.

Gravel pathways. In a wild garden, understated gravel pathways draw the attention away from the walkway and toward the planting beds. Use organic curves rather than straight lines and soften the border with plants billowing over the edges.

Areas left wild. Resist the urge to impose order in every corner of the garden, and let some spaces get a little wild. For example, for areas under tree canopies, let leaves fall and form a natural mulch on the ground, or plant a few native species and allow others to come up naturally.

No property borders. If you’re lucky enough to border open space — and don’t have a deer problem or need to corral pets — consider taking down fences and creating a seamless transition from your garden to the wild space beyond. Choose native plants that will naturalize to further blur the boundary between where the garden ends and the open space begins.

Flowering perennials. Plant exuberant perennials that have a loose, informal growth habit and allow them to soften edges and cover hardscape. Look for plants that don’t need much staking or other care to thrive, such as gaura (Gaura lindheimeri, USDA zones 5 to 9; find your zone), ‘Rozanne’ cranesbill (Geranium ‘Rozanne’, zones 4 to 9), both shown here, and catmint (Nepeta x faassenii, zones 4 to 9).

Natives and other wildlife-supporting plants. Species native to your region typically need little care once established and offer food sources and nesting materials for native animals and insects. You may choose not to go with all natives, but including a few, such as showy wild lilac (Ceanothus spp., zones 8 to 10), can give a natural look to your customer’s garden. Fill in with other wildlife-supporting plants, such as nectar-rich salvias and penstemons.

Meadow gardens. Instead of planting in formal rows, lay out a single variety of perennials or grasses in groups of three or five plants, or create large swaths of one plant type to form a natural-looking meadow garden.

Vines. Perhaps the easiest way to give the garden a wilder look is to plant vines that ramble over fences, walls or pergolas. The vines can hide human-made structures and can give a more untamed feel to a garden in a single season. For an almost-instant cover, look for grapevines (Vitis spp.), fiveleaf akebia (Akebia quinata, zones 5 to 9) or pipevine (Aristolochia macrophylla, zones 4 to 8).

Birdbaths and simple water features. Simple water features — rather than more complex, ornate fountains — fit in well with naturalistic-style gardens, adding a soothing sound and providing a water source for birds and insects. If inviting wild birds is one of your client’s priorities, keep in mind that many birds prefer shallow basins for drinking and bathing, rather than deep pools, and that they appreciate the shelter of shrubs or foliage cover nearby.

Subtle art pieces. Tucking in understated art pieces gives a place for the eye to rest among loose, informal planting beds. Nestle an empty ceramic container in a bed of wispy grasses and soft perennials to act as a focal point.

Hidden elements. There’s something joyful about discovering elements of a garden where you least expect them, particularly in more naturalistic landscapes, where there is less of a human influence. To create this feeling of discovery, place a meaningful statue or sculpture where it will be concealed from view until a visitor happens across it down a garden walkway.

EDITOR’S NOTE:This article was written by Lauren Dunec Hoang. This article is from Houzz. Hoang is a landscape designer and was previously a garden editor for Sunset Magazine and in-house designer for Sunset’s Editorial Test Garden. 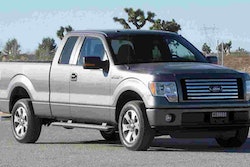 Used truck market expected to take off in 2017 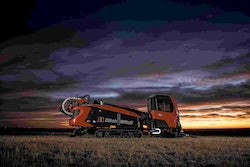 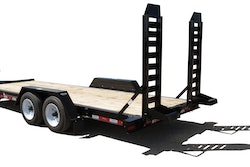 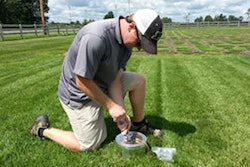