John Deere has announced the launch of the ‘Small Machines. Big Impact’ contest. Through this contest, John Deere says it hopes to make individuals think of positive differences that could be made in their communities if they won a G-Series skid steer or compact track loader (CTL).

John Deere will collect community project ideas from U.S. agriculture, construction and landscaping industries throughout the contest. The winner will be decided based on the most impactful project idea and will win his/her choice of either a John Deere G-Series skid steer or CTL with a WorkSite Pro Attachment to fulfill his/her vision.

“In the daily demands of construction, it’s easy to forget what’s truly important — doing good,” said Graham Hinch, division manager, John Deere Commercial Worksite Products. “However, what’s within a John Deere G-Series machine can inspire and enable what’s within our customers. Many around the country have already done amazing things in their communities — from improving parks to preserving local history — and we want to inspire even more people, all while showcasing our new G-Series small- and large-frame capabilities.”

The contest kicked off in March and will run until April 30; finalists will be determined by John Deere. From June 1 to July 5, public voting will take place to determine the winner.

The grand prize winner will be announced on July 10 during the 2017 John Deere Classic. Second and third place winners will win a yearlong lease on either a skid steer or CTL from John Deere Financial. 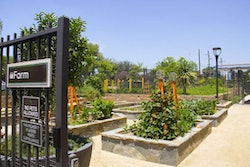 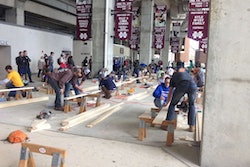 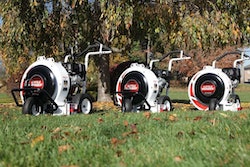 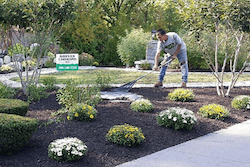 How a solid foundation fosters sustainable and scalable growth