According to scientists at the University of Florida and Mississippi State University, over the recent months the redbay ambrosia beetle and the fungus it carries have killed one-third of the nation’s redbay trees.

In 2002, this beetle was introduced from Asia to Georgia and carried a deadly fungus that causes laurel wilt.

“The first time the redbay ambrosia beetle was encountered in the U.S. was in a trapping survey in Georgia in 2002,” John Riggins, MSU forest entomologist with the Mississippi Agricultural and Forestry Experiment Station, told Mississippi State University Extension. “It was sort of written off at the time as an oddity. No one knew much about it, and often when you catch an insect like that around a port city, it’s not given much attention.”

Riggins also said that 300 million redbay trees have already been infected by the disease, and related trees and shrubs are also susceptible. In 2004, researchers began seeking a cause after a large number of redbay trees began to die in Jekyll Island, Georgia.

Since it was discovered, the beetle has traveled from Georgia to Mississippi, Florida, Louisiana, southeast Texas and south Arkansas.

“We don’t know why it makes these big jumps,” Riggins told Mississippi State University Extension. “It likely happens in the movement of firewood or wood that people may be using for specialty projects. Redbay is not a commercial tree species, so it is not harvested for lumber, but some people like to use it for bowl turning or cabinet making.”

Riggins says that the female will bore a hole in the tree to lay eggs, while at the same time it will inoculate the tree with a fungus that helps decompose the wood.

Other related trees and shrubs, such as sassafras, swamp bay, avocado, northern spicebush and more are endangered and threatened by this nonnative fungus and insect.

“After a lot of sampling and a long time, we were able to show that all this destruction and damage was potentially from the introduction of a single beetle and the fungi she carried,” Riggins told Mississippi State University Extension. “The vector and the pathogen entered North America as a single introduction.”

“We know that this enormous number of trees has been killed from a single-strain organism. That is unprecedented in biology,” Jason Smith, forest pathologist at the University of Florida School of Forest Resources and Conservation, told Mississippi State University Extension. “It was a pretty significant surprise for us to discover there was no genetic variation and a single-strain pathogen vector system has caused such diverse and severe damage across the landscape.”

The next challenge, researchers say, is finding a way to stop the spread. While there may not be an immediate solution to this problem, scientists are looking ahead to a long-term solution, which includes finding and reintroducing native plants that are resistant to the fungus to the area.

“This disease not only impacts the plants, but also other insects that feed on trees within that family,” Riggins told Mississippi State University Extension. “Many insects could potentially be impacted by the extinction of native trees in the laurel family, so the problem radiates out in waves as insects are impacted by the death of their host.” 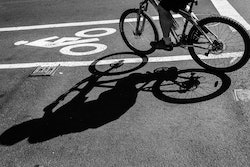 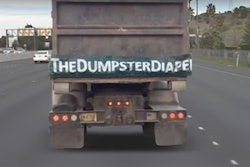 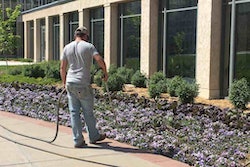 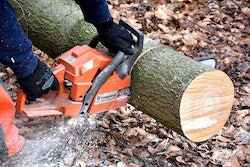