Concerned citizens in Michigan are working to protect approximately 170 million hemlock trees from the hemlock wooly adelgid (HWA), which is a tiny insect that’s one of the most damaging invasive forest pests in eastern North America.

Native to Japan and discovered in Virginia in 1951, the HWA can be blown by the wind or transported by birds, machinery, animals or clothing. The insects get their name because of the white and “wooly” strands of wax they secrete after feeding.

After killing thousands of trees from Georgia to Maine, this aphid-like insect is now attacking trees in Michigan.

“The more we do right now to contain this, the less chance it’s got to spread,” John Bedford, pest response program specialist for the Michigan Department of Agriculture and Rural Development (MDARD), told the Detroit Free Press. “But if we wait until we see dead trees, we’re in a lot of trouble.”

MDARD told the Detroit Free Press that the species is believed to have made it to Michigan on nursery tree hemlocks that were infected and brought in prior to, or in violation of, the state’s  HWA quarantine that was implemented in 2001.

The HWA on its own is slow moving and treatable, unlike the emerald ash borer. Unfortunately, it has already infected trees along the Lake Michigan shoreline from Allegan to Oceana counties, according to the Detroit Free Press.

“Hemlock like to grow along the lakeshore,” Melanie Manion of Ottawa County Parks and Recreation told the Detroit Free Press. “So, our dune ecosystem in West Michigan is very much in danger. Hemlock also grow along rivers and streams and provide shade for many of Michigan’s trout streams. So, it’s entirely possible that if we don’t move quickly, we could see some of our best trout fisheries affected.”

HWAs feed on twigs at the base of needles and are less than 1/16-inch long. After inserting their mouths into the plant’s shoots, it will suck up the nutrients and moisture. Typically in the span of four to 10 years, infested trees starve and die. Infestation signs include foliage that is tinted gray, loss of needles, dying braches and white, cottony masses attached to twigs, on the underside of branches and at the base of the needles.

After learning their lesson from the emerald ash borer, MDARD says they will begin quarantining Ottawa, Muskegon, Allegan and Oceana counties to regulate whether hemlock trees can be moved out of or within these counties.

“Michigan is committed to detecting and preventing the spread of invasive species such as the hemlock woolly adelgid,” Joanne Foreman of the state Department of Natural Resources told the Detroit Free Press.

Many experts would recommend cutting down and destroying severely infested trees, but if caught early enough the trees can be treated with systemic insecticides and other compounds.

Homeowners can take on the task of treating the trees personally, but it is recommended that infected trees be reported and that a trained arborist offer professional advice on treatment. 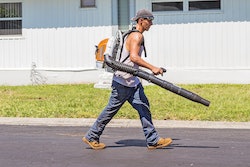 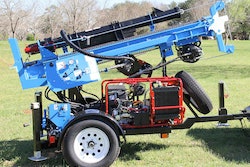 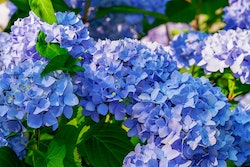 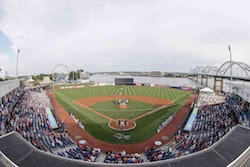