The West prepares for the inevitable invasion of emerald ash borer

For the past 11 years, the emerald ash borer (EAB) seemed to only be a problem for those east of the Mississippi River, but in recent years states like Colorado and Nebraska have found infestations and others are bracing for its arrival.

“We expect it will be the most damaging invasive pest since the chestnut blight in the early 1900s,” Tom Zegler, the New Mexico Forestry Division’s forest health program manager, told the Albuquerque Journal.

New Mexico is one of the states that is bracing for the inevitable as the insect has appeared in both Boulder, Colorado and Texas. Research on ash species in the western United States has found that there are none resistant to EAB.

“This insect has already devastated the native American ash population in the Northeast,” Zegler told the Albuquerque Journal. “What it does is disrupt the flow of water through trees. There’s no genetic resistance to it in ash trees, so basically as soon as it arrives, it will kill any ash tree in our urban forest.”

Part of the trouble with EAB is how hard it is to detect until it is far too late. Generally, the first visible symptom is crown dieback, and if more than half the canopy is dead, no amount of treatment can save it. Woodpeckers feeding are also an indication of EAB larvae hiding under the bark.

“Early detection of these exotic threats is crucial for implementing management options,” Tome Coleman, an entomologist with the U.S. Forest Service, told the Albuquerque Journal. “We are also running survey traps in coordination with the monitoring effort at the Albuquerque and Santa Fe botanical gardens.”

Actively tracking EAB is the best method for saving ash trees as once they are sighted within 15 miles of your client’s trees you can choose your method of response.

There are current treatments available that can provide protection from EAB, but they do have to be renewed every few years depending on the chemicals used. Imidacloprid, dinotefuran, azadirachtin and emamectin benzoate are all common active ingredients in the various insecticides used to control EAB.

The only other option for controlling EAB is to remove and replace the threatened ash trees. While this can cost cities a small fortune to do, homeowners can use the Urban Tree Alliance’s cost calculator to determine whether removal or treatment is more cost effective for battling EAB.

Currently the best way to control the spread is to follow the “buy it where you burn it” practice due to the insect’s habit of spreading through infected wood.

Because EAB can overwinter in the dead wood, individuals are encouraged to use locally sourced firewood, as transporting firewood to other locations can help introduce the beetle to a new area. There are often quarantines set up forbidding the transportation of the infested ash wood.

“What I tell people is the emerald ash borer is just one truckload of firewood away,” Zegler told the Albuquerque Journal. 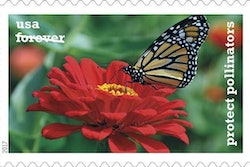 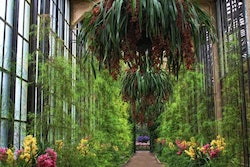 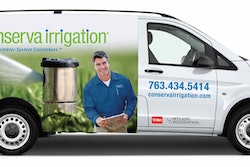 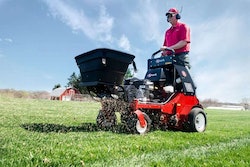