The proposed plan for the site was submitted a month after Tribune Media and Riverside Investment & Development jointly filed a plan to redevelop the neighboring site at 700 W. Chicago Ave.

Located along the North Branch of Chicago Ave., the project was designed by Chicago architecture firm Solomon Cordwell Buenz (SCB). The phased redevelopment of 700 and 777 W. Chicago Ave. will be reimagined as The River District, which Tribune says will be a landmark urban tech-centric neighborhood that will reflect how people want to live and work.

“Our proposed plan for The River District builds on Mayor Emanuel’s North Branch Framework vision – to unlock growth by creating and connecting vibrant sustainable neighborhoods, and attracting and retaining new jobs and talent,” said Murray McQueen, president of ‎Tribune Real Estate Holdings. “Chicago’s growth and innovation as a result of the Framework will cement it as a top destination for companies and talent, and we view The River District as a major contributor to the future success of the city. The River District plan leverages best practices from Chicago and other major cities and reflects how people want to live and work today. Our goal is to create the same in-demand dynamic neighborhood seen in tech centers such as San Francisco and Seattle.”

“Expanding the Downtown District in the ‘Tech Triangle’ will create the city’s first innovation district and become a city within a city, where people will live, work, play, and innovate,” said McQueen.

When The River District is completed, Tribune says the space will achieve an appropriate balance of mixed-uses where demand is great, thousands of jobs will be created, the tax base will expand and the city will realize not only the property’s initial development fees, but a multiplier of the potential property taxes, various user taxes generated from the new site and sales taxes.

More than nine million square feet of mixed-use development rights will accommodate over 19,000 jobs and 5,900 residential units under the current plan for 777, according to Tribune. Tribune also notes that more than 18,000 construction jobs will be created in the build-out of the site, and approximately $1.1 billion in municipal tax benefit to the city will be generated by the project over the next 20 years.

Other redevelopment benefits include:

The first phase of the redevelopment of 777 will occur on the site’s southern end, pending approval from the city.

“This master plan helps the city achieve its vision to transition from the North Branch Industrial Corridor and ensure the area remains an important economic engine and vital job center in the city of Chicago,” added McQueen. 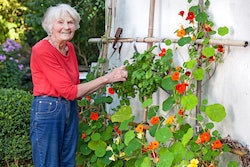 Designing for the elderly: How to make gardening still a delight in retirement 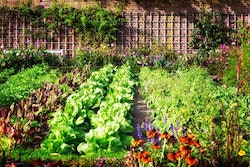 Preparing for the unknown: How to create a survival garden 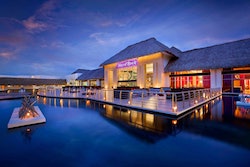 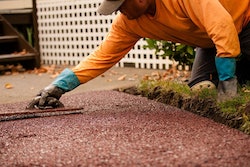