There’s a thin line those in charge must walk between being too hands-on and too hands-off with their employees, and unfortunately, many employers sway one way or the other.

We’ve talked before about the dangers that accompany micromanaging, and according to the Forbes Coaches Council, “Groups that adapt to a micromanagement style are either quietly rebellious or hapless, unable to make any independent decisions.”

Bosses who engage too much in the daily activities of their employees can end up causing irreparable damage to the company in the long run, but on the opposite end of the spectrum are the bosses who don’t engage enough.

In any workplace, good employees want to know what they are doing right, what they are doing wrong and how to improve themselves professionally. As the head of your landscaping company, it is your job to provide employees with the constructive criticism and support they need to grow, instead of always offering them the platitude, “You’re doing a good job.”

While this statement may be true, it’s not feasible that every single time your employees do something it will be done correctly and perfectly. There is always room for improvement, from the bottom to the top of the company.

If you currently have a boss that borders on apathetic, know of one in your company or believe you fit the mold as a boss yourself, take a look at a few tell-tale signs that can either confirm or deny these suspicions.

According to the Harvard Business Review, there are three broad behavioral categories bad managers can fall into: moving away behaviors, moving against behaviors and moving toward behaviors.

Moving away behaviors create distance from others through skepticism that breaks up trust, diminished communication and hyper-emotionality. Moving against behaviors manipulate and overpower people while aggrandizing the self. And moving toward behaviors include being overly conforming, ingratiated and reluctant to take chances or stand up for one’s team.

The previously mentioned categories reflect the attributes of what many of us would deem an incompetent boss, and you don’t have to look far on television and movies to see an abundance of characters that act as a perfect example of one. But one of the most common forms of incompetence in leadership can be seen through absentee leadership.

Absentee leaders, according to the Harvard Business Review, are people in leadership roles who, though they may physically be in the workplace, are psychologically absent from their role. These types of leaders are leaders in title alone. They enjoy the perks and privileges that come with their title, but they avoid becoming meaningfully involved with their employees or teams.

The Harvard Business Review equates this to the concept of rent-seeking in economics, where value is taken out of the organization but no value is put back in.

To some workers, the idea of having a boss that is that nonchalant sounds ideal, especially if you’ve had a micromanaging or bullying boss in the past. But the Harvard Business Review reports that a 2015 survey showed that out of the top nine complaints collected concerning the behavior of leaders, eight dealt with leaders being absent.

Many employees would rather be hassled by their boss than ignored because being ignored creates a sense of alienation. The Harvard Business Review also says that the impact of absentee leadership on job satisfaction can outlast the impact of both constructive and destructive forms of leadership.

Much like micromanaging, absentee leadership can cause employees to become exceedingly stressed out, which will ultimately lead to errors occurring in the workplace.

The question now becomes, if absentee leadership is such a detrimental thing, why don’t you hear more about it in business reviews and journals? The answer is simple: the squeaky wheel gets the grease.

If your company is dealing with other leaders who are causing more of a scene, bringing more negative attention on the company, etc., it’s more likely that those in charge are going to work to put that fire out first. It’s easier to justify taking care of a leader who yells, threatens and berates employees than one who “doesn’t do anything.”

It’s harder to see the negative effects that come with an absentee leader, which means they can stay in their position of power for a long time without being dethroned.

If your landscaping company is fortunate enough now to find itself in a position with no absentee leaders or micromanagers in sight, count yourself extremely blessed, but always remain on guard.

Take preventative steps now to ensure there is a business management plan in action that can find and deal with any absentee leaders or micromanagers that end up in positions of power in your company. 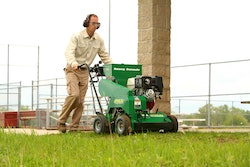 How to help your clients’ lawns recover from winter 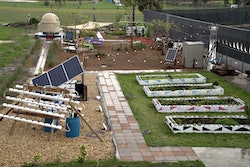 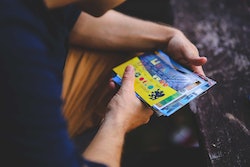 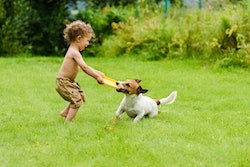 Poison watch: Keeping an eye on children and pets