The start of a new year often means new changes for employers when it comes to labor and wage laws.

Not all of the federal, state and local laws taking effect in 2019 are listed here, but it’s still important to know which ones will be affecting you and your landscaping business. Employers should seek knowledgeable counsel on how certain laws will apply this year.

While the federal minimum wage is currently $7.25 per hour and has not increased since July 2009, some states, cities and counties have taken it upon themselves to raise their minimum wage rate. When this is the case, employers are required to pay the higher amount.

In total, 21 states and 39 cities and counties either have or will raise the minimum wage sometime in 2019, according to the National Employment Law Project. Nevada will decide if it will raise its minimum wage by April 1, 2019.

Some of the increases were merely raised as an automatic response to inflation but others were voted on through ballot measures.

Below are the states’ new minimum wages. To see what they are being increased from as well as specific cities and counties’ wage increases, check out these charts.

Another regulation that could see changes are the laws regarding H-2B visas. While last year President Trump signed the Consolidated Appropriations Act of 2018, which included language that could raise the cap from 66,000 to 129,547, it is up to the discretion of the Secretary of Homeland Security to issue additional visas up to the historical maximum number issued in a year.

Both times the Department of Homeland Security (DHS) has been granted this ability, it has opted to allow for 15,000 more visas in the summer, but often this delay is said to be too little, too late for landscaping company owners.

The U.S. Citizenship and Immigration Services (USCIS) reached the limit of 33,000 H-2B worker petitions for the first half of the fiscal year 2019 on Dec. 6, 2018, and conducted a lottery to randomly select the petitions received on Dec. 11.

It remains to be seen if DHS will free up more visas earlier on in the season for employers in need of seasonal labor.

DHS has also announced its proposed rule to modernize the recruitment requirements for employers seeking H-2B workers. The proposed rule would “require electronic advertisements to be posted on the internet for at least 14 days, replacing the print newspaper advertisements that regulations currently require. DHS and DOL believe this is a more effective and efficient way to disseminate information about job openings to U.S. workers.”

Landscape company owners in more states now have to deal with the minefield of legalized marijuana, as more states have passed legislation approving its usage either for medicinal or recreational purposes.

Both Michigan and Vermont have joined the states that allow individuals 21 and older to possess, use and buy marijuana for recreational usage, while Missouri, Utah and Oklahoma now permit medical marijuana usage.

New York, New Jersey, Connecticut and Illinois are also expected to follow suit and legalize marijuana for recreational use in 2019.

While states continue to legalize marijuana on various levels, it still remains illegal under federal law, complicating matters when it comes to ensuring drug-free workplaces and avoiding discrimination lawsuits. Click here to read what factors your business should consider if marijuana is now legal in your state.

The Department of Labor has issued a Notice of Proposed Rulemaking stating they have begun the rulemaking process for a new federal overtime regulation in 2019.

Currently, any salaried employees who are managers or have certain “specialized skills” and make more than $455 a week or over $23,660 is exempt from earning overtime pay.

An Obama-era rule attempted to double that level, requiring employers to pay overtime to salaried employees unless they make more than $913 a week or over $47,476 a year. It would have made over 4 million employees eligible for overtime and it caused many businesses to panic over how to handle such a drastic pay increase for staffs.

Yet the worry was all for nothing, as the rule was blocked in November 2016 by U.S. District Judge Amos Mazzant and was eventually struck down by the same judge on Aug. 31, 2017. He ruled that the DOL had overstepped its authority by increasing the limit so dramatically and basing exemption solely on salary.

It has been suggested that the new mandatory overtime pay be increased to around $33,000, as compromise between the current number and the Obama-version of the rule. Others have asked to keep executive, administrative and professional workers exempt regardless of salary.

If the overtime rule does end up rolling out, there are several options when it comes to complying. One is to simply budget for overtime and pay the workers the time-and-a-half wages when they work more than 40 hours in a week. Another choice is to bump the employee’s salary above the threshold so they are exempt from overtime pay.

“This option works for employees who have salaries close to the new salary level and regularly work overtime,” says Dr. David Weil, administrator of the Wage and Hour Division.

Employers can also consider hiring more employees to spread the work around so fewer workers have to put in overtime hours. And, of course, many can simply switch their salaried workers to hourly workers.

Finding out which is the best fit requires crunching the numbers and discussing with employees their options so your landscaping company is prepared for any upcoming overtime rule changes in the future.

In California, businesses with five or more employees must provide at least two hours of anti-harassment training to supervisors and one hour to employees before 2020 and once a year after that. It also requires the state to make training materials available. Another California law disallows any provision in a settlement agreement or other contract that prohibits a party from testifying about sexual harassment in any administrative or judicial proceeding.

An additional California law prohibits an employer from conditioning a raise, bonus or continued employment on an employee’s signing a release on a claim of harassment by non-employees for which the employer may have liability. The new law also tightens the rules on harassment, making it easier for employees to pursue harassment claims.

Delaware has also strengthened its protections against sexual harassment in the workplace to include anyone in a workplace and specifically defines what counts as sexual harassment. The law prevents employers from retaliating against an employee for filing a harassment claim in good faith.

Employers with 50 or more employees are also required to complete an interactive training on sexual harassment by the end of 2019.

In New York, all state contractors are now required to submit an affirmation that they have a sexual harassment policy and that they provide annual training to all of their employees. 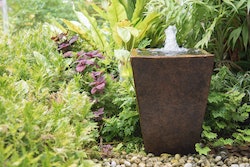 Finding a quiet place: Creating tranquil spaces for your customers 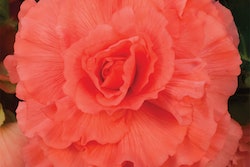 Plants that match Pantone’s 2019 Color of the Year 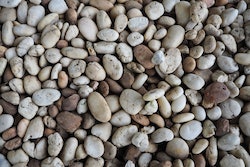 Rock on: The versatility of stones in the landscape 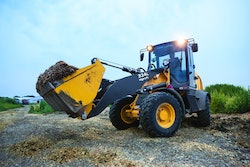