Five mistakes you might be making with your pre-emergence herbicides 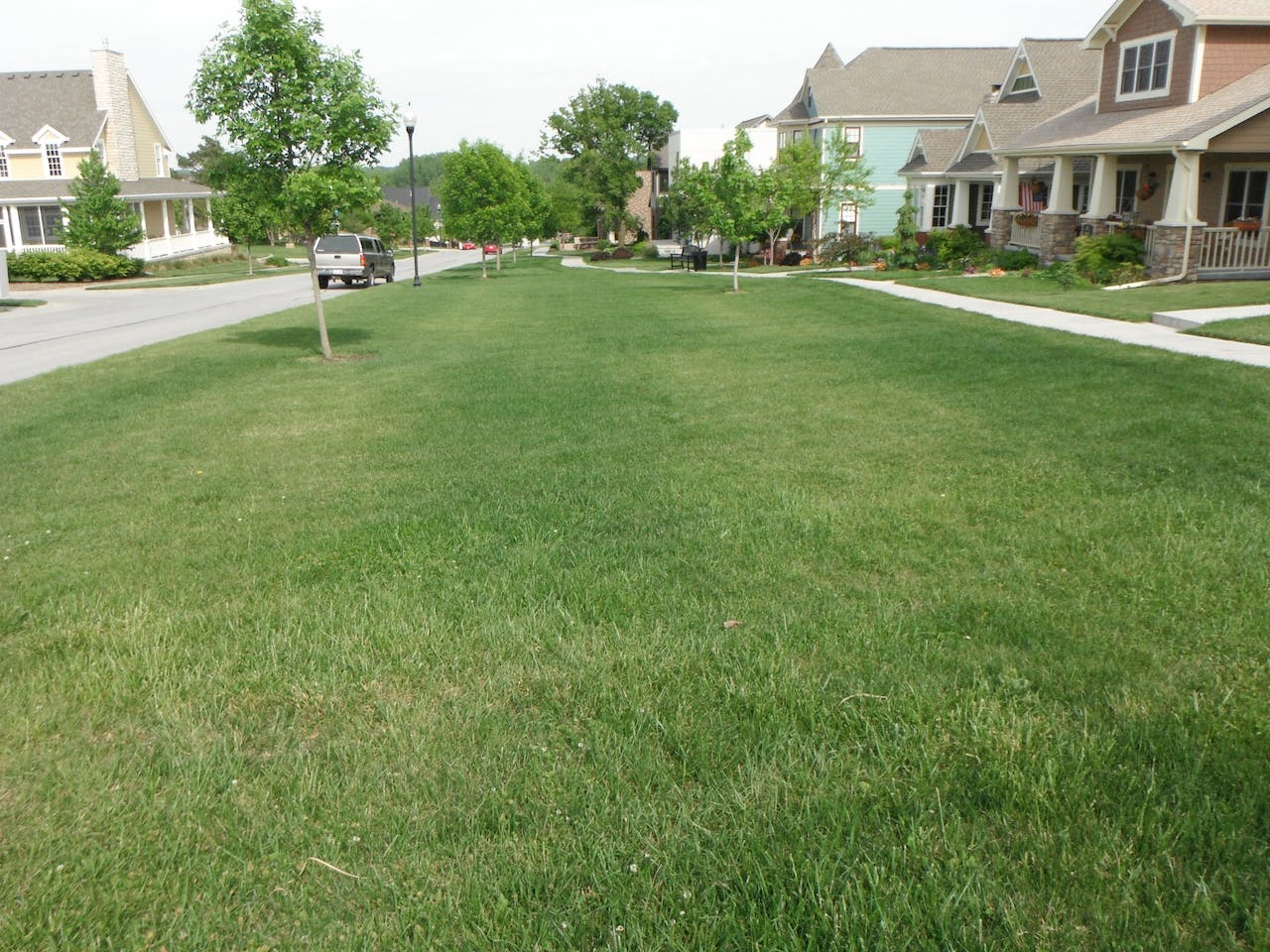 If your lawn care company offers weed control services, you know that it is crucial to apply pre-emergence herbicides two to three weeks before the emergence of the targeted weed.

Crabgrass is most common enemy that your company is up against, but to set your lawn care business apart from others, you need to make sure you are offering a superior maintenance experience. This means reducing callbacks and other issues with the turf.

Below, green industry experts share what are some of the common mistakes you could be making when it comes to applying pre-emergence herbicides and how to avoid them.

One of the most common mistakes that leads to a failure to control weeds is missing the proper window of application.

“Pre-emergence herbicides that are applied too soon are subject to breakdown by microbial or sunlight degradation making the product less effective later into the season,” says Gil Del Rosario, market development specialist for Corteva Agriscience, Agriculture Division of DowDuPont, turf & ornamental division. “In contrast, if pre-emergence herbicides are applied too late, it may not control weed seeds already germinated, depending on the product used.”

Crabgrass tends to germinate when the soil temperature has been above 50 degrees for several days but as landscapers face challenges with weather and other factors, they often need products that have a wider window of application to provide consistent results.

Del Rosario says that Dimension can control crabgrass before it emerges as well in the early post-emergence stage, allowing it to be effective even with the original timing of applications are missed.

“An early spring may trigger germination of crabgrass prior to application to all lawns in round one,” says Dean Mosdell, a Syngenta technical manager.

The most common mistake that Zac Reicher, a Bayer Green Solutions Team specialist, says he has seen are managers who try to reduce costs by either buying the cheapest product, lowering the rate of application or both.

“These will usually result in breakthrough later in the year, which is far more time consuming and expensive than using the proper product at the high recommended rate,” Reicher says. “Another common mistake is using only a single application of a pre-emergence herbicide when sequential applications would deliver better and more consistent control.” 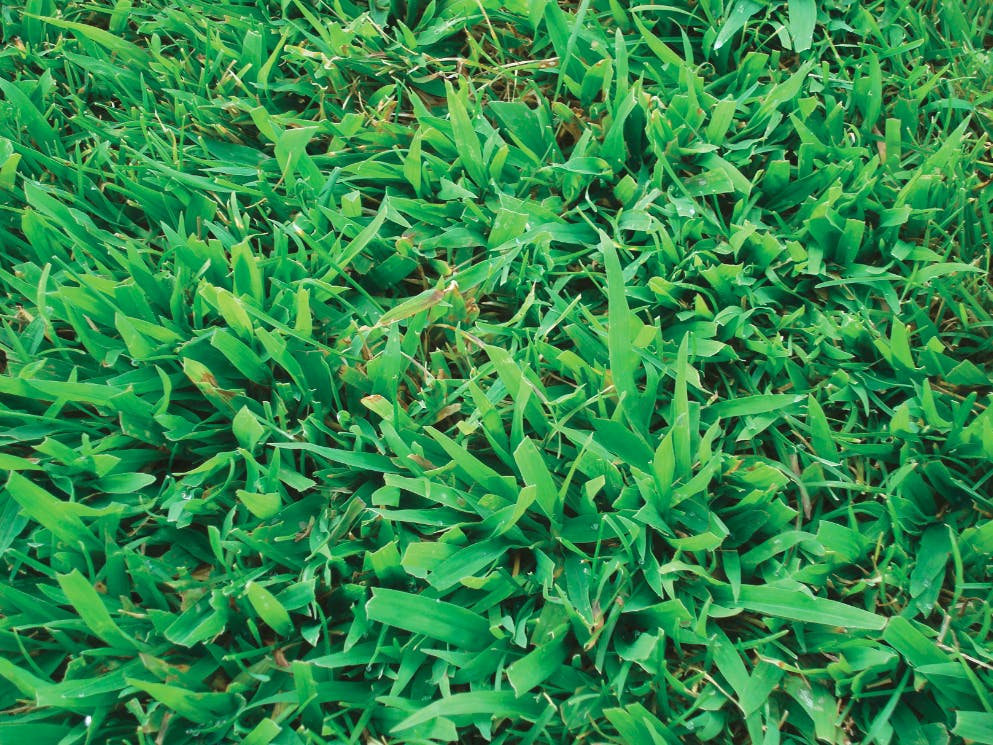 Crabgrass is a common weed landscapers must fight to control.
Photo: Corteva Agriscience

It is important to follow the label’s instructions as for the recommended rate of application, as both applying too little or too much of the herbicide can have negative effects.

“Not using a toxic dose for the target weed increases the potential for weed resistance regardless of what herbicide products one uses,” Del Rosario says. “If an applicator applies too much herbicide, not only is it not cost effective and a label violation, this may injure the desired turfgrass depending on the rate and product used. An excessive application may also prevent the proper establishment of grass seed later in the season.”

Meanwhile, skipping an application of pre-emergents entirely, for whatever reason, can end in crabgrass or other weeds dominating a lawn by the end of the summer. As the turfgrass competes with the aggressive weeds for nutrients, the overall appearance of the yard will suffer.

“Selective post-emergence herbicides may be used later in the season to control the competing weed, however, it is worth noting that the controlled weed may leave a vacant spot, which compromises the uniformity of color and density,” Del Rosario adds. “In clumping types of turfgrasses, such as tall fescue and ryegrass, and depending on the size of the weed, this vacancy may not be adequately filled in by the desired turf type within the growing season.” 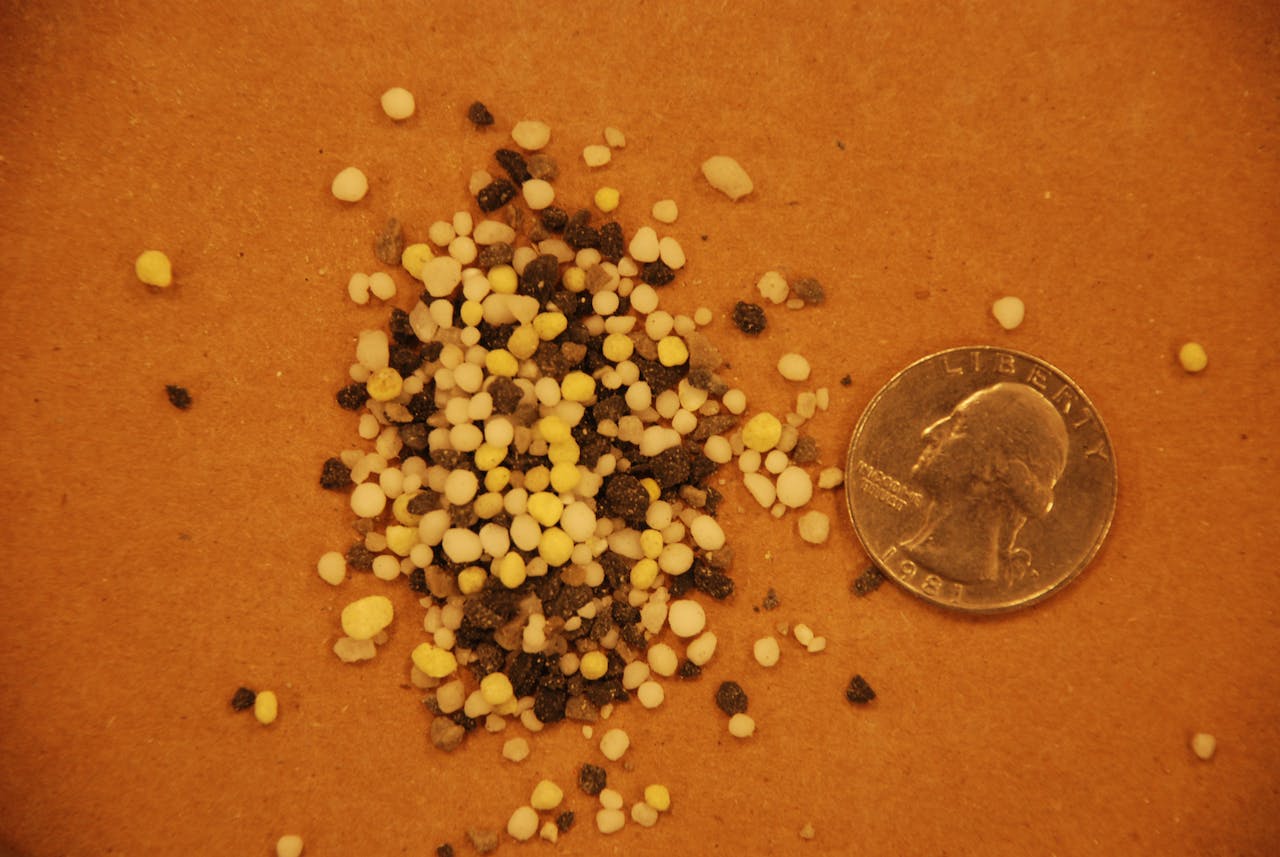 When applying your pre-emergence herbicides, it is important to make sure that the equipment is calibrated properly for each product to ensure accurate distribution.

“Calibration of equipment is key to performance of any pre-emergence product,” Mosdell says. “Properly trained applicators and calibrated equipment help ensure application of products are made at the recommended rates for optimal performance.”

Landscapers applying pre-emergence herbicides need to make sure that spray solution is properly mixed and suspended when working with liquids and ensure that in granular applications the material is being spread uniformly. 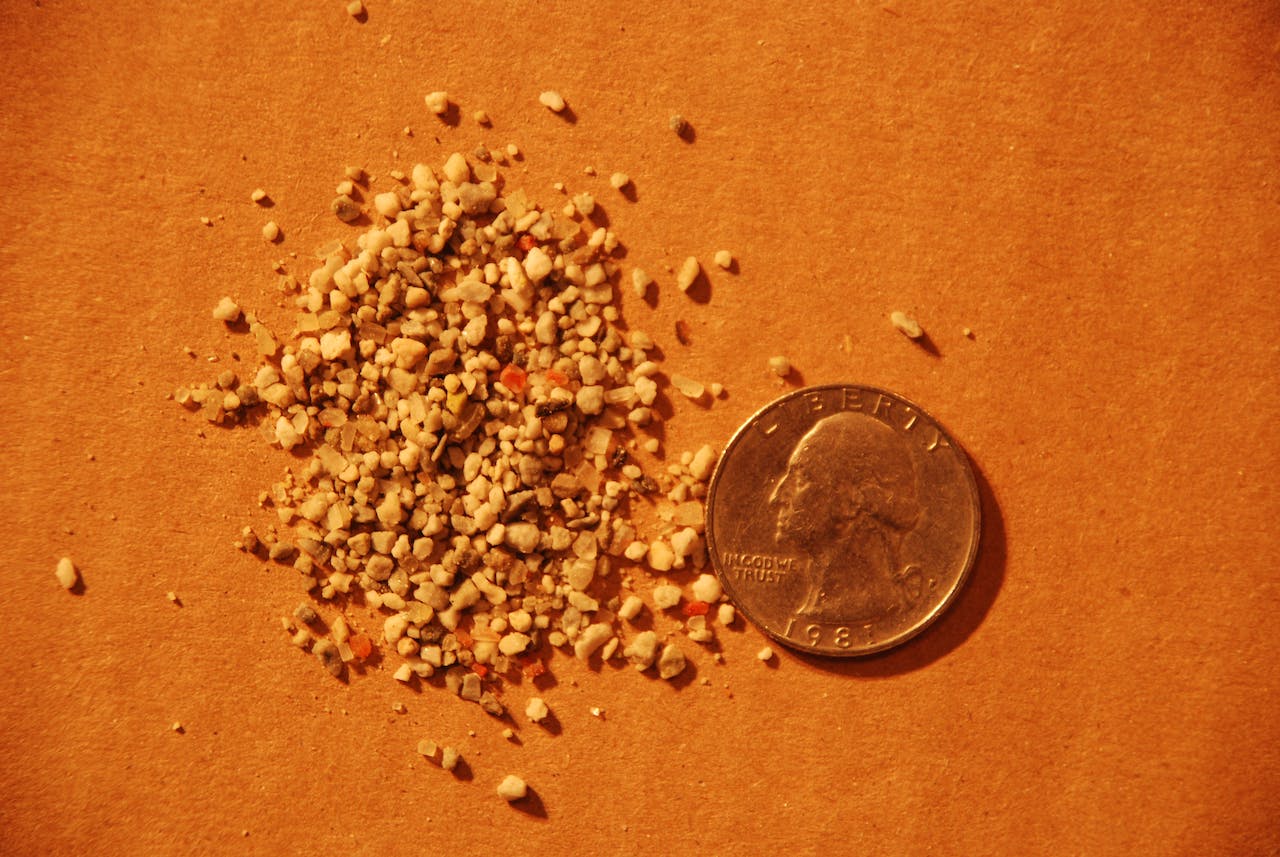 “Most rotary spreaders are designed for 50 percent overlap of consecutive spread patterns, or so the edge of the pattern of the current pass hits the wheel tracks from the previous pass,” Reicher says. “Applicators will mistakenly make consecutive passes too far apart, which results in poor control later in the summer. Using lawn guns with sprayable pre-emergence herbicides also require accurate applications with proper overlap.”

Picking products based on price

While landscapers should always consider the price of their products, it is far more important to make sure you are considering how effective the pre-emergence herbicide will be.

“A landscape maintenance manager’s ultimate responsibility is to facilitate healthy, dense turfgrass and/or landscape ornamentals to satisfy their client,” Del Rosario says. “They must consider several factors to determine which product is the most effective to solve the customer’s anticipated weed problem. They have to understand the application site’s agronomic factors such as the target weeds, turf types and ornamental plants, time of year, available irrigation and reseeding or replanting plans just to name a few.”

There are many factors Del Rosario says landscapers can consider when selecting their pre-emergence products, including the formulation, application window, versatility of use and residual control.

Reicher says when comparing pre-emergence products, it’s critical to compare “apples to apples” and look at the cost per acre between products.

“Though a little harder to calculate, the most experienced buyers will also consider price per acre per day of expected control,” Reicher says. “Using Specticle as an example, it offers a longer duration of control compared to the older products and thus a lower cost per acre per day of control. The take-home message is that spending a little more up front may save you much more later this season in customer satisfaction and callbacks due to failing control.”

Mosdell says that weed control performance should be the main criteria, not the lowest cost product. 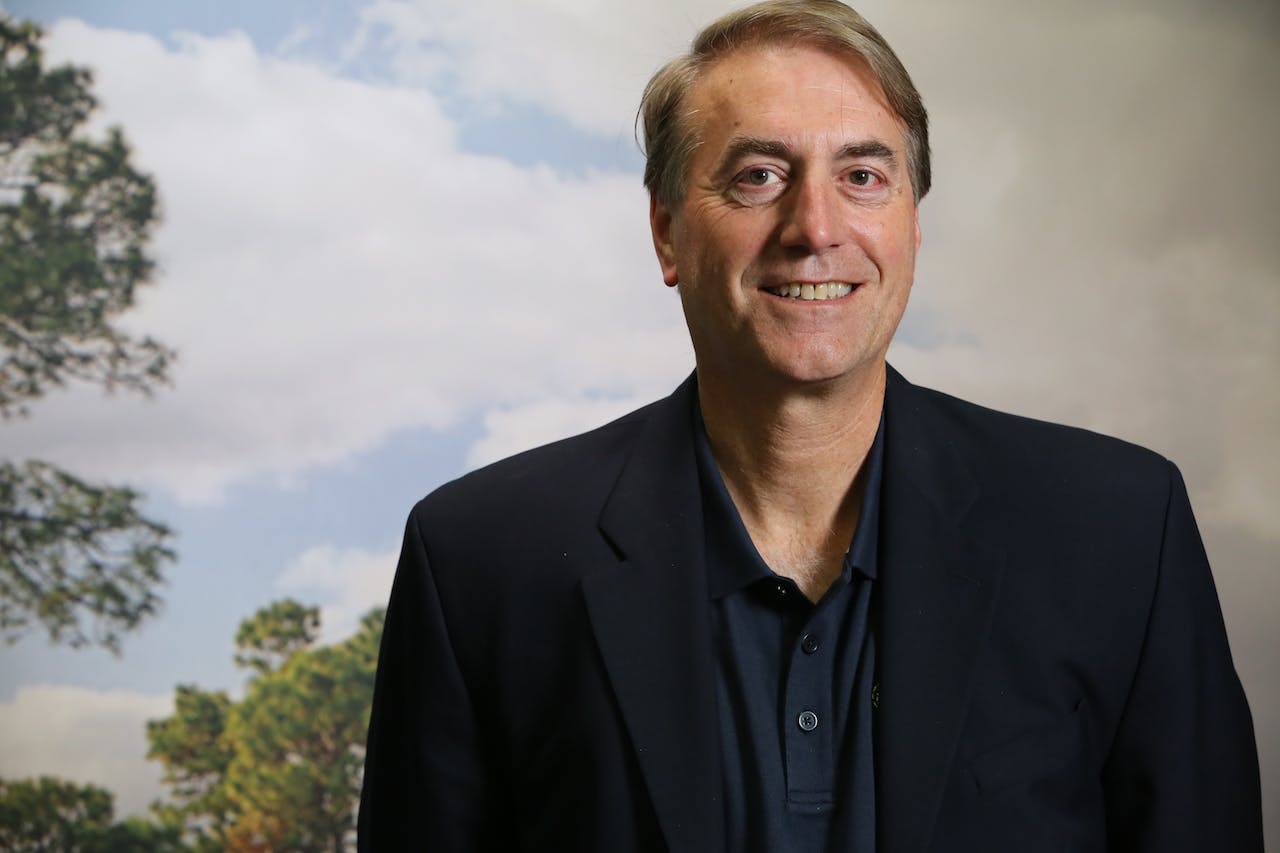 “Callbacks for product failures are disruptive and expensive,” Mosdell says. “Not to mention, the expense of acquiring new customers if a lawn care company loses customers due to products not delivering results that match expectations of the customer.”

Yet you shouldn’t assume that a higher price tag necessarily guarantees a pre-emergence herbicide is better, either. If the active ingredients are the same between a generic and a branded product, consider the handling ease the product offers.

“Branded products arguably have very stringent quality standards that provide the dependability and consistency of the product over time and in various conditions,” Del Rosario says. “Tighter quality standards are intended to minimize the downtime and cost associated with clogged filters, nozzles or caked granules.”

Branded products also typically come with some type of satisfaction guarantee in case the product does fail for some reason.

“With products from Syngenta, the technical support/service that comes with those purchases can help ensure the lawn care company is getting the most out of their applications,” Mosdell says. “To take it one step further, Barricade herbicide actually has a performance guarantee, so if the product doesn’t deliver at least 85 percent control, Syngenta will provide replacement product to control the weeds.”

“When rotating pre-emergence products, landscapers should select an herbicide that is effective on the target weed and that is in a different herbicide group number (different site of action) than one’s standard program,” Del Rosario says. “The group numbers are often found on the product labels.”

Reicher encourages rotating products with a different mode of action every third or fourth year and using a post-emergence herbicide later in the summer to further reduce the risk of resistance.

Yet Mosdell says rotation is not critical for the performance of pre-emergence herbicides. He says weed control performance should dictate which products are used and rotations should only be done if the product fails to meet expectations.

“Weed resistance is complex and dependent on a number of factors such as weed species, active ingredient and use pattern, to some extent,” Mosdell says. “Resistance of crabgrass to pre-emergence herbicides is rare.” 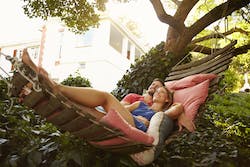 Love is in the air: Romantic garden designs 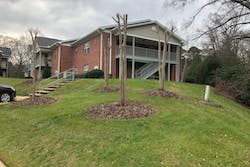 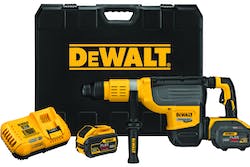 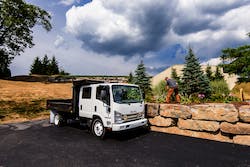