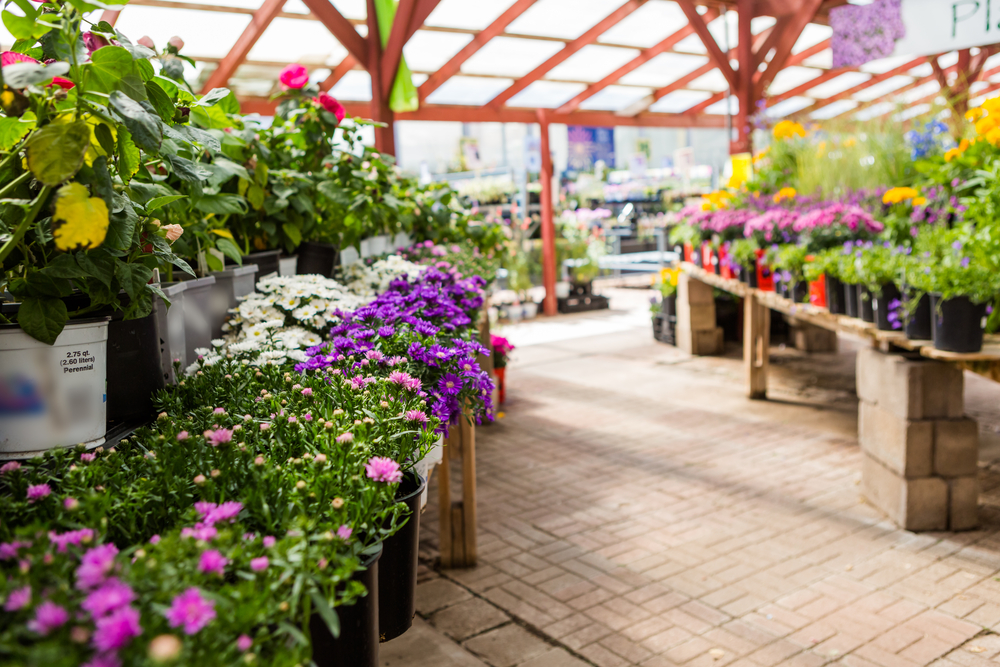 When trying to cater to the needs of pollinators or creating a landscape that is more drought tolerant, native plants are often heralded as an obvious choice for your plant palette.

Native plants are defined as those that are indigenous to a certain area, ecosystem or habitat and were present prior to European settlement. Because these species of plants evolved alongside native pollinators, it makes sense that they have a preference for native plants.

They are also best adapted to the climate and soil they grew up in, so they are less fazed by challenges such as drought, meaning they tend to need fewer resources and care than other non-native plants.

What some customers may not know when they are shopping at the garden center is many of the native plants available are actually native cultivars. If your customers are confused about nativars and native plants and wondering what the difference is between them, take the opportunity to educate them so they can make informed decisions.

What is a nativar?

A nativar is a portmanteau created by Allan Armitage in 2008 where he combined ‘native’ and ‘cultivar’ in an attempt to reduce confusion and set apart true natives from native plants that have been bred for specific characteristics.

Despite his good intentions, the confusion has remained, so first let’s break down the meaning of all the different terms that get thrown around when discussing natives and nativars.

As mentioned before, a native plant is one found naturally in an area prior to European settlement. A cultivar is a plant that has been bred by horticulturists through cloning or hybridization to enhance desirable qualities, such as disease resistance or longer bloom time.

A nativar can be a hybrid of two or more plants selected to breed or a clone of one particularly desirable wild plant. Clones are created via plant cuttings and are genetically identical to its parent plant.

Hybrids are an intentional cross between two species of plant to produce aesthetically pleasing traits.

Straight species is another term for a native plant that has not been crossbred or hybridized. Non-native plants are those that are not naturally found in a certain region but were introduced by humans on purpose or on accident.

Doug Tallamy, a University of Delaware entomologist and author of Bringing Nature Home says that the prevalence of nativars shows that the nursery trade “is still stuck on the idea of plants as enhanced decoration” rather than necessary to wildlife.

“We do want beautiful plants in our yard,” Tallamy tells AWaytoGarden.com. “But we also want to think about those vital functions that they must be performing in our yard. So, I would just love to see straight species sold right along with those cultivars, so if the homeowner is more interested in restoration or getting the maximum value out of that particular species, they have the option of buying it. That’s what I would like to see.”

If your customers are seeking nurseries that sell straight species, guide them to the Native Plant Nursery Directory, which lists native plant nurseries by state.

Aside from just the name, there is also a great deal of confusion when it comes to whether there is a real difference between natives and nativars. For a time, the answer was, ‘Who knows?’ But over time is has changed to, ‘Well, it depends.’

Thanks to researchers like Tallamy and Annie White, a Vermont ecological garden designer, they have been working to find definitive answers on whether nativars offer the same benefits as their native parents.

Some changes you can obviously tell remove an ecological function, such as a flower that produces seeds being bred to be sterile will no longer feed the birds that eat those seeds. Others are trickier, which is why studies are being conducted to determine which nativars can still fulfill their roles in a habitat.

The Mt. Cuba Center in Hockessin, Delaware, started trial gardens to put nativars to the test to study their pollinator attractiveness, growth, vigor and disease resistance. Click here to view the reports of the trial gardens.

Some traits nativars offer can be more beneficial for wildlife such as producing more fruit, having a longer bloom time or attracting more pollinators. It has been found that the purple-flowered Veronicastrum virginicum ‘Lavender Towers’ draws more pollinators than the native version, which has white flowers.

Some nurseries turn to nativars when they are able to meet a need the native plant cannot, but it’s important to make sure the nativar still serves an ecological purpose in the garden.

On the other hand, some nativars have been bred to have double blooms that make it impossible for pollinators to reach, or the flowers produce little to no nectar or pollen for insects.

Tallamy also found that purple foliage, while a visually desired trait, deterred insect feeding among caterpillars due to the anthocyanins in the leaves.

The main complaint and concern against nativars is the lack of genetic diversity. This is because nativars are cloned in order to maintain their desired qualities, removing the chance for genetic variation. When there is more genetic diversity, plant species are more likely to be able to adapt and overcome threats like pests and diseases.

“The pervasive scale of mass-production, promotion and use of nativars is of concern to ecologists and environmentally focused gardeners, horticulturists and native plant professionals,” Wild Ones writes. “The longer we rely on nativars – clones – that are not cross pollinating in natural populations to produce their offspring, the greater the risk that we are left with only diminished selections of native plants – the nativars instead of straight species.”

Others argue that nativars are definitely still native plants and there is a place for them in the market. Some just prefer to not use the name nativar when they sell them and call them what they really are: cultivars.

Where should you stand?

If your clients are wanting to create a garden that meets the needs of wildlife or pollinators, then you need to focus on using straight species. The function of the plant needs to come before whether the plant simply looks good.

“It is a bad idea to load the landscape with cultivars that have no genetic variability,” Tallamy tells Wild Ones. “I would go that route only if it is a choice between a nativar and a plant from China. I think the safest policy right now is to encourage the use of straight species. Ask for them at your local nursery, encourage nurserymen to start stocking more straight species. The nursery industry has not embraced the message that native plants are more about ecosystem function than about looks. We have to convince them that there is a market for plants with high function.”

If native plants are not readily available or they do not work within the parameters of your customer’s property, nativars can suit a need and the research now available can help you make informed decisions on which ones remain beneficial to pollinators.

Nativars are not evil, but they should be used with the proper consideration and not as a full-blown replacement for natives just because some can become too tall or aggressive at times. There’s no shame in breaking out the pruning shears to keep these plants in check.