Sometimes in your life as you work towards a goal, you can hit a plateau. While you aren’t declining, you aren’t necessarily improving either, and this can happen in your landscaping business as well.

This sort of stagnation can be frustrating, but Breakthrough Academy is an organization that helps trade businesses like professional landscapers take their company to the next level.

“It’s an entire training program to take a student from, ‘I know nothing about business or painting,’ to, ‘Hey, I can run and operate 10 to 15 staff and do quotes and sales and manage my finances,’” says Kerr, director of sales for BTA.

Yet after a time, Kerr began to see some of the issues of the franchise model. He, along with James Dale and Igor Trninic, decided to create a consulting agency that offers the organizational and professional benefits of a franchise to companies in the trade industries without the commitment and long-term burden of owning a franchise.

“The idea literally came from just being in the franchise system for so long, seeing the flaws and wanting to recreate some new way of doing business with other businesses,” Kerr says.

Despite being in Canada, almost 60 percent of BTA’s clientele is the U.S. While BTA works with a number of different trade industries such as roofers, renovators and painters, the organization is a good fit for professional landscapers because it can help provide structure to a very complicated business.

Kerr says a lot of landscapers can take their businesses to a million dollars on their own, but once they get beyond that it tends to be harder to manage all the variables by themselves.

“They need to learn how to set up a system where employees can be in charge of their own world,” Kerr says. “You can start to really learn how to take what’s in your brain, put it down on paper and train other people to be self-reliant. Now, you can expand through your influence of people versus just your knowledge of all the things you know.”

BTA helps company owners shift from being a doer of all the necessary tasks to a leader of people and a builder of good systems, which allows them to scale their business up, Kerr explains.

For those interested in Breakthrough Academy’s program, there is first an assessment phase to determine if your landscaping company is a good fit.

Every company that reaches out to BTA receives a two-hour business assessment and Kerr says this is where they look at the size of the company, its number of employees, if it is in a trade industry and the owner’s open-mindedness.

If the company makes around $500,000 in revenue and the owner is still stuck as one of the workers of the business, it can be challenging for them to make time to work with BTA. On the other hand, businesses that have already made it to $40 to $50 million mark in revenue typically have already built the necessary systems themselves.

“There’s a good middle ground we find between $1 and $10 million that these people are ready for our processes and they’re ready to think the way we have them think,” Kerr says.

Because BTA works heavily on the HR side of the business, Kerr says it’s important have at least five employees while 20-30 workers are preferable.

As for the owner’s nature, Kerr says they have to be humble and willing to implement the changes BTA advises.

For Brandon Comstock, owner of Landscapers by Nature, based in Alberta, Canada, he said he was hesitant to join at first but felt the people at BTA genuinely wanted to help him.

“I told Danny when I finally pulled the trigger, ‘I guess if you guys do what you say, my business will grow and this will pay for itself,’” Comstock says. “Four years later, I’ve found tremendous value with BTA. They’ve done just what they promised and more.”

Once the assessment phase is complete, participants move on to the blueprint phase, which lasts six weeks and costs $3,020.63 ($4,000 CAD).

Over the six weeks, the BTA management system is broken down into six pillars that are interconnected and provide the structure business owners need.

The pillars are effective business planning and financial budgeting; organizational structure; professional recruitment and hiring; training your staff for success; optimizing your sales process; and disciplined goal setting and execution.

Of the six pillars, Kerr says landscapers typically struggle the most with organizational structure and recruiting.

“We show them and teach them how to take the recruiting process from just being an ad you put out online once a week and a couple random interviews you do, to being a very reverse engineered process,” Kerr says. “We’re building an ideal candidate profile. We’re almost over-equipping these guys so they become a magnet for talent in the area.”

Prior to BTA, Jeff Babcock, owner of Transformations Landscaping, based in British Columbia, Canada, says he was often working in the negative, working too many hours and still working in the field.

“They have helped by creating and facilitating a great process in which to run a landscape business,” Babcock says. “They have coached me to focus on big picture items for the company rather than the day to day issues. They helped me by looking at my business as an owner rather than a tradesman.”

Kerr says 75 percent of the people who complete the blueprint phase move on the three-month-long foundations phase, where they help companies get a lot of their baseline systems created. He says about 20 percent of participants will drop off after this phase.

“It’s, ‘Hey, I love learning this stuff and I really like it and I’m open to it, but I have no time to actually do it,’” Kerr says. “The reality starts to set in of the work involved.”

After getting to this core group of business owners, BTA will then work with them through the three-year implementation phase of assembling the company’s plan.

Landscaping companies have two options when it comes the implementation plan. There is the team approach or the crew approach.

Kerr says about 75 percent go with the team approach, which puts participants with a larger group of members. This includes bi-weekly meetings with a facilitator and like-minded entrepreneurs, small peer-driven break out groups to hold others accountable and discuss challenges and one-on-one quarterly review meetings every three months. The team approach is $755.15 ($1,000 CAD) a month.

The other 25 percent opt for the crew approach, which is a small group of three to four industry specific members. This route includes focused quarterly strategic planning with a coach, unlimited one-on-one support and an annual industry-specific mastermind event touring the facilities of a successful BTA member. The crew approach is $1,510.31 ($2,000) a month.

Kerr says it becomes financially worth it for companies that are $3 to $10 million revenue range to go for the crew approach.

“It’s much more like a board of directors style meeting,” Kerr says. “It’s a little more engaging. You have a lot more peer review and feedback.”

After completing the implementation journey, BTA members become alumni where they have continued access to the BTA Approved Vendor Network and pricing, a subscription to the business planning tool, continued access to BTA events and quarterly reviews every three months for $377.58 ($500 CAD) a month.

This alumni program was rolled out in response to BTA members who finished their course but didn’t want to lose the community and connections they had formed over the years.

“The value and relationships you build during these events are priceless and continue to impact my business in a polarizing way each time,” Babcock says.

“We interviewed our top clients and asked them what they wanted to get moving forward and some stuff came out,” Kerr says. “They said they wanted to be around an elite group of entrepreneurs that think like us and are at the level we’re at. They still need accountability. Just because they mastered all these systems doesn’t mean that they’ve necessarily figured out how to hold themselves accountable.”

Comstock says his favorite aspect of BTA has changed over time from the content to the community and friends he has made, as well as the accountability they provide.

“It’s simply a great program, it’s changed my business and my own mindset as a businessperson,” Comstock says. “Surrounding myself and making friends with like-minded business owners and the brilliant coaches here is one of the best things I’ve done for my business and myself. It’s fun as hell too – the events these guys put on take me places I’d never go on my own.”

Participating it the BTA program will cost you both time and money, which is why through the various phases, a certain percentage of companies will drop off either due to money or time constraints.

“When we teach them over three years, we’re installing little upgrades to their business,” Kerr says. “Instead of just saying, ‘Hey, you need job descriptions. Here’s theoretically the things you should put in your job descriptions.’ I can say, ‘Here’s a nine-page employment agreement for your project manager.’ It’s a pre-built shell for them to come in and customize a few little things and the system is set.”

Comstock says the program has helped him grow his company from a small business with a handful of employees to one with 20 employees and a solid management team.

“They helped me do this in a healthy and intentional way – by showing me exactly what we had to hit for sales to be able to afford the team I wanted and how to get there step by step,” Comstock says.

The agency lets the numbers speak for themselves as to how it has helped various trade business. The annual member revenue is $508 million, and the average net profit increases 66 percent after 12 months in the program.

“If you’re serious about building your business, being profitable, getting out of the field and creating a business that fits to your lifestyle, BTA is the support system, with like-minded individuals to get you there,” Babcock says. “It’s the best thing that could have happened to me and my business.” 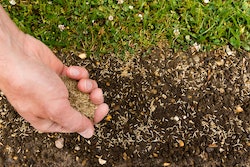 Seeding in September: Why now is the best time for overseeding and interseeding 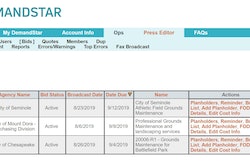 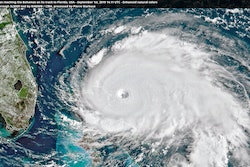 Hurricane preparedness: What to know in the wake of Dorian 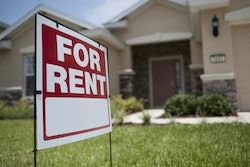 The dos and don’ts of landscaping on rental properties