Thriving lawns, trees, and plants go beyond the aesthetics; they provide military families with a place to relax and reconnect during the stressful time that accompanies a deployment, as well as contribute to a greener, healthier and cooler earth.

Studies show that green spaces can have a protective effect on the mental well-being of both adults and children allowing faster recovery from stress and mitigating the likeliness of experiencing depression.

To that end, Nufarm and Project EverGreen are pleased to announce the global company’s continued sponsorship of the GreenCare for Troops program. The announcement was made during the ELEVATE Show in Orlando, Florida.

GreenCare for Troops, which is celebrating its 16th year in 2022, provides complimentary lawn care and landscape maintenance services to military families with an active duty deployed service member.

As the title sponsor of GreenCare for Troops, Nufarm will contribute $75,000 to the award-winning initiative. Nufarm’s six-year investment in the program is not only helping create healthy, sustainable green spaces across the country but contributing to the improved social, mental and physical well-being of military families.

Through its nationwide base of professional volunteers, Project EverGreen has linked people, green spaces and their communities to maximize the health of grass, plants and trees, which in turn sequesters carbon and cleans the air. GreenCare for Troops, along with the GreenCare for Communities initiative supports healthy green spaces in neighborhoods and cities, enabling maintained green spaces to function as the lungs of the city and offset the negative effects of a warming environment.

Since the program’s inception in 2006, GreenCare for Troops initiative has seen more than 11,000 military families, and more than 6,000 green industry professionals register to receive or provide these much-needed services.

“Nufarm is proud to again be the title sponsor GreenCare for Troops. We all know men and women who gave their time, their strength, and in some cases their lives for this nation we call home. It’s an honor to serve those serving our country, and through this program, we can show our thanks to them,” said Blaine Pinkerton, Nufarm Americas VP Turf & Ornamental.

The contribution will be used to enhance and expand the national program that is managed by the non-profit Project EverGreen. This will include increased outreach for volunteer recruitment and communications to families, volunteers, and the media, as well as adding promotional and logistical resources required to grow the GreenCare for Troops database and serve more military families.

“Nufarm’s incredible ongoing support to this invaluable program is making a significant difference in the lives of military families and contractor volunteers across the country,” said Cindy Code, Project EverGreen executive director. “This ardent support has helped GreenCare for Troops build upon its success and, ultimately, bring safe and healthy yards and landscapes to families in need of relief and peace in a green setting.”

The GreenCare for Troops program is endorsed by the National Association of Landscape Professionals. 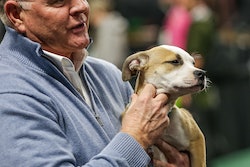