Guerrilla Grafters give some trees the gift of fruit

Imagine walking down the sidewalk in San Francisco and being able to pick a ripe piece of fruit off of one of the trees you are passing under.

This sounds like an idyllic future, but a band of fruit-loving activists are trying to make this a reality right now. Known as Guerrilla Grafters on Facebook, this organization has made it their mission to graft fruit-bearing branches on to fruitless, ornamental trees throughout the city of San Francisco.

Most public trees are fruitless to prevent messy fallen fruit and attracting vermin. The Guerrilla Grafters see this as a wasted opportunity of free, fresh produce for urban residents.

The group’s goal as stated on its Facebook page is “to restore sterile city trees into fruit-bearers by grafting branches from fertile trees. The project may not resolve food scarcity, but it helps foster a habitat that sustains us.”

The only problem is it’s illegal to guerrilla graft and the San Francisco Department of Public Works classifies it as vandalism. Luckily for the grafters, the department does not intend to actively pursue them.

“Unless someone is caught in the act, there’s not much we could do,” spokesperson Gloria Chan told SFGate. The issue is further complicated by the fact that the average person does not know what an illegal graft looks like in the first place so they don’t know what to report.

Even though urban forester Carla Short from the public works department has expressed concern over the slippery nature of crushed fruit, the grafters have not been deterred.

“People think of fruit trees as a kind of nuisance,” Tara Hui, a member of the group since its founding in 2011, told FastCoExist. “The intention of doing guerrilla grafting is not so much for the sake of challenging authority, but to set an example – a working example – to counter the arguments.”

Each grafted tree has a steward who takes responsibility for harvesting ripe fruits and any maintenance that is needed. The group tracks its cherry, plum and pear grafts on Facebook as well.

The Guerrilla Grafters expect the grafts to begin bearing fruit in 2018-2019. 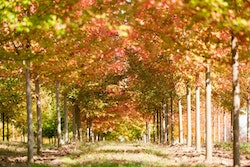 On day of giving thanks, trees should make the list 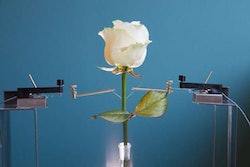 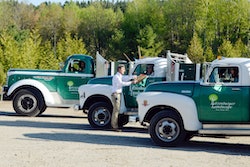 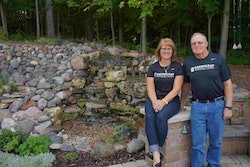