Death Valley ‘super bloom’ is worth waiting decades for

Spring is just around the corner and with it comes the rare “super bloom” that occurs at Death Valley National Park about once in a decade.

The national park is home to a number of wildflowers, but more than 20 species are currently blooming, creating a colorful carpet of petals.

“You always get flowers somewhere in Death Valley almost every month of the year, but to have a big bloom like this, which we hope will become a super bloom – which is beyond all your expectations – those are quite rare,” Park Ranger Alan Van Valkenburg told LAist.com.

The last time Death Valley had “super blooms” was back in 1998 and 2005. The cause behind this year’s profusion of wildflowers is thanks to 0.7 inches of rain falling over two days in October and another half inch that arrived later in the month. A majority of the plant life are annuals. Gentle soakings are needed to cause their seeds to sprout.

El Nino’s weather patterns helped provide this needed rain. As the weather begins to warm, the plants that have established themselves will launch a growth spurt and begin to blossom.

There are still a number of factors that put them at risk though. According to Van Valkenburg, hard freezes, drying winds or the incorrect amount of El Nino rain could dash the makings of the “super bloom.”

The phrase “super bloom” isn’t a scientific term, but was born out of the legendary spectacle it creates.

“I’m not really sure where the term ‘super bloom’ originated, but when I first came to work here in the early 1990s, I kept hearing the old-timers talk about super blooms as a near mythical thing – the ultimate possibility of what a desert wildflower bloom could be,” Van Valkenburg told NPR.

“I saw several impressive displays of wildflowers over the years and always wondered how anything could beat them, until I saw my first super bloom in 1998. Then I understood,” Van Valkenburg said. “I never imagined that so much beauty could exist here in such staggering abundance and intense beauty.”

The majority of the valley is painted bright yellow with desert gold coating the lower elevations, but other wildflowers provide dashes of purple and pink to the landscape. The “super bloom” should last from late February to mid-April. 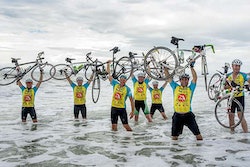 ‘STIHL Tour des Trees’ will roll through Carolinas in 2016 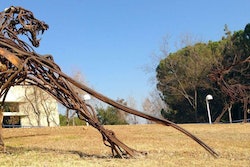 University forced to rip up new landscape to repair pipe 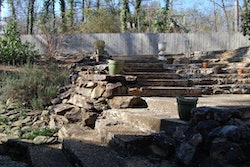 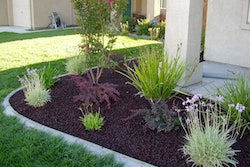 Critics take aim at mulch made of recycled tires