Story of mistletoe is no romance; in fact, it’s kind of gross

Everyone knows that kisses are supposed to be shared under the mistletoe, but the history of this tradition is convoluted at best.

A multitude of cultures have placed value in this humble plant, and from the mixing of the mythologies comes the romantic practice we have today.

According to Live Science, one of the first known groups to have a tradition involving mistletoe were the Celts, namely the Druids, who believed that it had sacred powers related to vivacity. They tended to decorate homes with mistletoe during the summer and winter solstices.

The Greeks believed that mistletoe could cure a number of ailments and started the habit of kissing under the mistletoe during the festival of Saturnalia and later during marriage ceremonies due to its being a symbol of fertility.

The most commonly cited reason for why mistletoe and kissing became connected is the Norse myth of Baldur, god of light and son of the goddess of love, Frigga. The story varies depending on the storyteller, as most myths do, but the main tale goes as follows:

Frigga discovered that her son was prophesied to die. In trying to stop this from happening, she immediately sought out an oath from every animate and inanimate object in the world that they would not harm Baldur.

They all agreed, but she overlooked the tiny mistletoe plant and Loki, the trickster god, used a branch of mistletoe to create a spear/arrow that he convinced Baldur’s blind brother, Hodur, to throw at his sibling, killing him.

As Frigga wept over her dead son’s body, the myth says, her tears became the white berries that grow on mistletoe. When the berries were placed on Baldur’s breast, he was revived. In her joy, Frigga named the plant as a symbol of love and whoever stood beneath it should be offered a kiss.

Fast-forward to 18th century England. Mistletoe was now a common Christmas decoration and gentlemen could steal a kiss from any young woman who happened to be standing under some mistletoe.

Those who refused a kiss were not expected to marry the following year, and traditionally the young men would have to pluck a berry for every kiss. Once the berries were gone, there was no more free kisses for the evening.

As for the actual nature of mistletoe, from its name’s etymology to its mythical berries, there is nothing romantic about it.

Mistletoe is a hemiparasitic plant, meaning that it acquires nutrients from other plants, but also conducts photosynthesis. There are at least 1,500 species of the plant and a great variety among the species. The mistletoe commonly found in Europe is called Viscum album, while the American mistletoe is Phoradendron flavescens.

It gets its name from the Anglo-Saxon words “mistel,” which means “dung,” and “tan,” which is the word for twig. Yes, that’s right, mistletoe literally means dung-on-a-twig. If you were wondering how they came up with such an explicit name for this plant, in ancient times people noticed that mistletoe seemed to sprout in areas where mistle thrush left droppings.

While spontaneous generation has been disproved, it turns out that the name was actually justified when botanists discovered the birds that ate mistletoe berries were in turn spreading the seeds to other trees through their excrement.

Even though mistletoe’s berries were believed back in the day to aid with everything from menstrual pains to epilepsy, they are in fact poisonous and can cause abdominal pain, diarrhea and vomiting. American mistletoe is less toxic than its European counterpart, but it is still best to use the plant for décor rather than dinner. 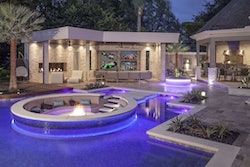 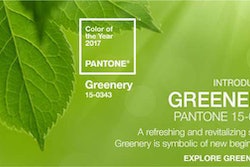 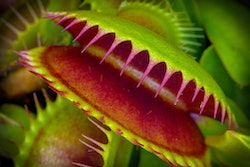 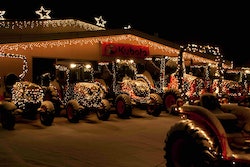