If you’ve ever gone to Disney World, the Animal Kingdom park is easily the greenest of the four and for obvious reasons, but it now has a new section with landscaping that is out of this world.

Pandora: The World of Avatar is a new addition to the park that opened May 27th and is based off the world from James Cameron’s blockbuster movie, Avatar.

The 12-acre space took half a billion dollars to construct, and Disney spared no expense when it came to creating a living, breathing landscape that mixes real plants with artificial alien ones. Their goal was to make it hard to distinguish what is real and what is not.

According to the Walt Disney Imagineering story development executive Mark LaVine, the setting is designed to take place a generation after Cameron’s fourth and final planned Avatar movie.

“We wanted it separated from the narratives of the movie,” he told The Verge. “It’s not about Jake and Neytiri and that plot. It’s about you going to Pandora.”

Because the park is set in the future, the design shows a human-built environment that has been reclaimed by nature. This rejuvenated ecosystem plays a major part in the story of the space, and tour guides educate visitors on Pandora and its flora.

Some of the bizarre alien plant life includes the puffball tree that absorbs chlorine and sodium to create salt that animals feed on from its leaves and the flaska reclinata, a tree that removes toxins from the air. The full life cycle of the alien plants can also be seen, instead of a forest full of mature plants.

“What I think we really focused on was to make it feel natural and real, like a real jungle,” Matt Beiler, a Disney Imagineer and producer responsible for the elements of the land, told the Miami Herald.

The Valley of Mo’ara itself is two different worlds by day and night. During the day, it is a lush rainforest packed with ferns, agave, bromeliads and other tropical plants, but at night the landscape becomes aglow with the bioluminescent plants that the movie was so well known for.

Probably one of the most dominating features is the floating mountains that hover high above visitors’ heads. The floating mountains create an illusion of distance by making the artificial foliage smaller the higher up it is on the mountain.  They are actually held aloft by steel beams that are hidden by the rocks and greenery.

The portion of the park also has two rides, one is a 3D simulator of riding a banshee, a winged predator from the movie, and an indoor river ride through more glowing plants. 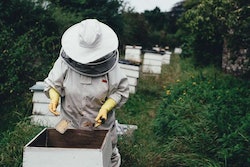 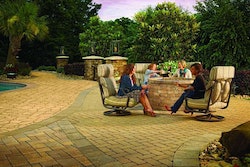 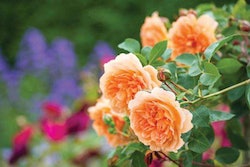 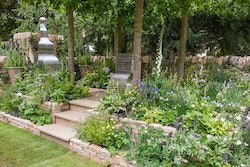