There are a lot of heavily debated topics in the landscaping industry, probably more than an outsider would expect, but one that is particularly divisive is the use of artificial turf.

Artificial turf installation has been a growing business for the past several years due to recent droughts, a concern to conserve water and desire to cut down on maintenance.

According to the Synthetic Turf Council, landscape, golf and other recreation applications is the fastest growing segment of the synthetic turf market. Over 35 million square feet of artificial turf for landscapes was installed in 2012.

“The engineering – the technology – has come a long, long way, especially in the last decade,” says Victor Lanfranco, co-owner of Synthetic Grass Warehouse, the nation’s largest distributor of artificial turf. “It’s now a widely accepted product for the landscape.”

Here are some of the pros and cons of synthetic turf that you can share with customers if they are on the fence about using the product.

One of the main reasons artificial turf has become so popular, especially out West, is because of the water savings it offers. According to the Environmental Protection Agency (EPA), a household’s irrigation water use can be as high as 60 percent and it is estimated that landscape irrigation accounts for one-third of all residential water use.

The Southern Nevada Water Authority estimates that every square foot of natural grass replaced saves 55 gallons of water per year. Natural turf proponents have admitted that people often water their grass too much, making synthetic turf the winner on this point.

Gone are the days of where synthetic turf would stick out like a sore thumb and everyone could tell in an instance it was fake. Nowadays artificial turf options are almost limitless and can fool about anyone who looks at it.

Synthetic turf is UV stabilized to protect against color fading. Unlike natural turf that will have to deal with diseases, drought and dormancy, artificial grass has the benefits of looking great 24/7 all year long. It can also be used to spruce up spaces where it isn’t feasible to grow a lawn, like on rooftops.

Natural lawns can be fickle and demanding, needing much tender loving care to stay looking their best, but synthetic turf is far less needy.

Artificial turf can put up with heavy use and can last anywhere from 15 to 20 years according to most distributors. It also does not provide a habitat for lawn pests like insects, moles and gophers, who can damage a natural lawn.

According to Turfgrass Producers International, artificial turf has been documented to be 86.5 degrees Fahrenheit hotter than natural grass under identical conditions. This is because natural grass has water within it allowing it to have cooling properties.

The type of product used in the infill can also have a significant effect of the temperature of the grass. Black crumb rubber will make things far hotter than organic infill like coconut fibers. Subsurface cooling systems can be installed to keep the temperatures down. Lighter colored grass blades can also keep the lawn cooler.

One of the biggest arguments against artificial turf has been the use of recycled rubber tire crumb as an infill. Because tires have heavy metals and other pollutant content there has been some concern that they contain carcinogens. Recent reports of soccer players who played on artificial fields being diagnosed with cancer has also raised suspicions but current studies say there is not an elevated health risk.

The EPA along with the Center for Disease Control, Prevention/Agency for Toxic Substances and Disease Registry and the Consumer Product Safety Commission launched a research action plan to collect more information in 2016. Part one of the report can be read here. Currently there is not enough evidence for them to say whether there is a true danger or not.

Having an artificial lawn installed is costly. Homeowners have to have pay for grass removal, ground prep, and the irrigation system, if they want to control the temperature of the grass. Synthetic turf can cost anywhere from $5 to $20 per square foot, while sod typically costs 14 to 60 cents per square foot.

Artificial turf installers will argue that this installation will pay for itself in three to five years thanks to the lack of maintenance costs that would be accrued from natural lawn care.

Here are some of the points that have been cited as pros or cons depending on the group listing them that are actually trade-offs. One isn’t necessarily better than the other, they’re just different.

Often synthetic turf is promoted as environmentally friendly because homeowners do not have water, fertilize or mow their lawns any more, reducing emissions by no longer being dependent on gas-powered machines.

Natural turfgrass is praised for its ability to sequester carbon dioxide, yet it needs to be maintained by machines that give off more CO2. It is also said to reduce noise and air pollution, but often lawn care equipment is noisy and pollutes the air as well.

Maintenance is often said to be nonexistent for synthetic turf, but if homeowners do want their artificial turf to last as long as possible, there is some maintenance needed. 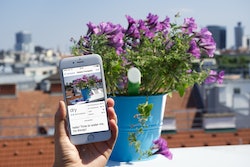 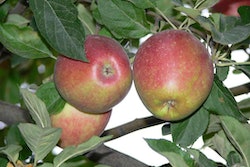 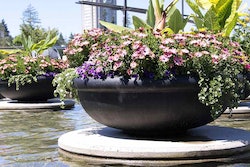 Design tips: Get some inspiration from these container designs 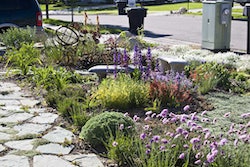 A look at post-drought California and water conservation