You’ve heard of birds mimicking the calls of other birds, and some of you may remember the Screamapillar Homer Simpson discovered in his backyard koi pond. But have you ever heard of a caterpillar that mimics bird alarm calls?

The North American walnut sphinx caterpillar is certainly a unique little bugger in that when it’s attacked, it will let out a scream that can reach up to 80 decibels in volume.

This two-inch-long larvae will contract its body muscles to let out an imitation seet call, which is a warning cry some songbirds emit when facing danger. It’s commonly used when faced with avian assailants such as hawks and other birds.

The theory is that this call will trick the attacker into stopping the attack to fly away, which in turn ensures the safety of the otherwise vulnerable insect.

Audubon reports that an undergraduate student at the University of Washington, Jessica Lindsay, decided to test the success of the caterpillar’s cry by setting up an experiment to analyze the responses of the birds.

Lindsay recorded the insect’s sound, which Audubon reports can be as loud as a freight train from 50 feet away, and played them back to wild flocks at feeders.

She repeated the process with real seets from black-capped chickadees, and she compared the two reactions. The results concluded that both calls made the birds dive for cover.

Her results were presented at the International Symposium on Acoustic Communication by Animals in July, and they were first reported by The Scientist.

While there are caterpillars that communicate acoustically with ants, this is the first known case of vocal mimicry, according to Michael Singer, an entomologist at Wesleyan University.

Most species rely on strategies that target a bird’s sight, smell or taste when it comes to facing down predators. Popular tactics are bright coloring, camouflage or snake-like getups, according to Singer. If these fail, the insects will resort to biting, launching themselves off the plant entirely or vomiting. These methods sometimes still aren’t enough to save the caterpillar from birds.

However, Lindsay’s findings do indicate that the walnut sphinx found a resourceful way of getting itself out of these situations: screaming. 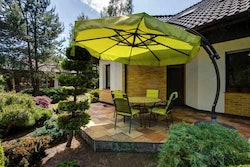 Patio ideas sure to fit your customer’s preference 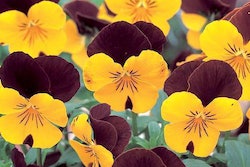 Fall pansy colors that are sure to please customers 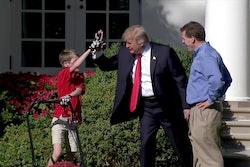