Established in 1818, the University of Alabama (UA) in Tuscaloosa, Alabama, boasts the title of the oldest public university in the state. 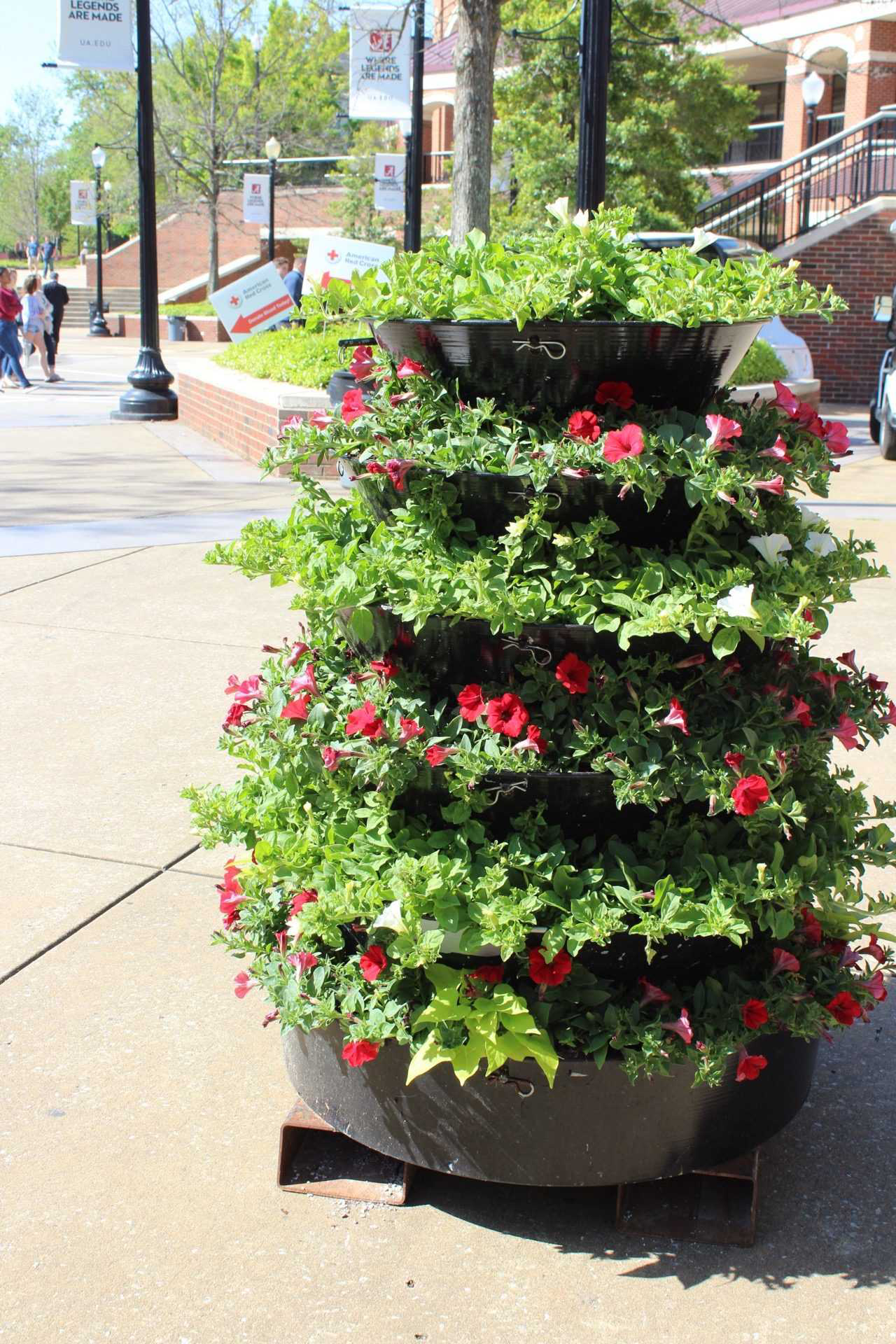 When the campus first opened for students in 1831, 52 students were enrolled and there were seven buildings present. The campus continued to grow, flourish and increase in enrollment as the years progressed.

After Union troops set their sights on burning down the campus in 1865, only seven buildings were left; the Tuscaloosa campus reopened in 1871 and picked right back up where it left off in terms of growth. In 1892, the university assembled its first football team, later named the “Crimson Tide.”

Since then, the campus has grown to include approximately 38,563 students, according to university records from 2017, and approximately 1,374 acres campus-wide, as well as some off-campus areas. But one thing has remained the same since the beginning: UA’s desire to maintain tradition.

Since then, UA has held on to its traditional look, standards and roots as it made its way through the years. One of the most traditional aspects of the university can actually be found in the landscaping, grounds, signage and fixtures that adorn every inch of the expansive campus.

While the continuation of said tradition is a team effort campus-wide, one of the main contributors to campus maintenance and beautification is the facilities and grounds department.

Heading up the facilities and grounds department is retired Colonel Duane Lamb, associate vice president. While serving 30 years in the United States Air Force, Lamb says his interest in landscaping was first piqued in 1999. At this time, he was serving as the support group commander at Vanderberg Air Force Base near Lompoc, California.

Once Lamb arrived at The Capstone, as UA is affectionally called, he said his initial interest in landscaping was sparked again as he began to become more heavily involved in the areas of tree and turf care, irrigation, landscape design and hardscape design.

“The landscape and beauty of a college campus is a critical component for recruiting top rated students,” Lamb said. “Due to that, the senior leadership at the University of Alabama places high importance on it and considers it a year-round process.”

Currently hosting 109 workers in the grounds department, Bryant Anderson, director of landscape and grounds, says 60 of those individuals perform grounds maintenance. Anderson says a typical workday for his crew runs from 6 a.m to 2:30 p.m., and he adds that the number of events and activities that take place on campus plays a major part in the day-to-day operations of the grounds crew. Along with interacting with the numerous campus events, Anderson adds that the grounds department must also handle excessive amounts of trash typically left behind after sporting and other campus events. He also notes that inclement weather can sometimes prove to be a challenge for the group, as they must always be ready to jump into action. Even when the university closes, the grounds crew still works to ensure accessibility of roadways and pathways.

“We have inclement weather checklists that are used to prepare and recover from these types of events,” said Lamb. “During the 2011 EF4 tornado that hit Tuscaloosa, we received a great deal of on-the-job training during and after that catastrophic event. Of paramount importance and our number one priority is the safety of personnel, (which) includes our students. Following that, we save our buildings, equipment and vehicles.”

When it comes to the day-to-day operations of the campus, Lamb says it can become tricky at times to keep projects going while making sure his crew doesn’t interfere with the students and their educational experience. Unique art pieces, such as this 23-foot-long robot sculpture, are on display in Woods Quad. Photo: Beth Hyatt

“With over 1,300 areas on our campus, the biggest challenge is scheduling projects and grounds maintenance around academic classes,” said Lamb. “We want to be a valued partner in the academic success on our campus, not a disturbance.”

Lamb says he begins each day with an inspection of campus, which includes checking in on landscaping projects. Once his inspection is complete, he will then hold meetings with any departments on campus that help cover any facilities, grounds or construction projects spanning over a six to 12-month period.

When it comes to keeping the campus presentable, especially after a hectic football weekend, Anderson and Donna McCray, senior director of Facilities and Grounds, agree that it’s important to make sure the campus is in pristine condition come Sunday and Monday. The overall goal is to ensure that visitors are never able to tell that the campus hosted a game the previous weekend.

Check back tomorrow for part 2 of this series, where we’ll take a look at a few notable areas on campus.

Prep time: How to prepare your client's lawn for spring