Signed, sealed, delivered: Facts and figures for the Fourth

On July 4, 1776, history changed forever with the signing of the Declaration of Independence, which lead to 13 colonies gaining their independence and the nation we know today coming to life.

The Fourth of July is traditionally celebrated around the nation in a myriad of ways, whether it be family gatherings, barbecues, parades, concerts, days off from work or an abundance of fireworks, and this year should prove to be no different.

As we take time to reflect on the importance and impact July 4, 1776, had on the United States of America, take a look at other facts and statistics about the holiday that have been gathered over the years through surveys performed by the U.S. Census Bureau.

According to the National Archives, the main reason behind the Constitution being ratified was because the writers promised to add the Bill of Rights. These first 10 amendments to the Constitution gave citizens more confidence in the new government, and the House passed a joint resolution containing 17 amendments based on James Madison’s proposal.

The Senate changed this joint resolution to only consist of 12 amendments, and a joint House and Senate Conference Committee settled the remaining disagreements.

President Washington sent copies of the 12 amendments adopted by Congress to the states on Oct. 2, 1789, and by Dec. 15, 1791, three-fourths of the states had ratified 10 of these, now known as the Bill of Rights.

According to Historical Statistics of the United States: 1789-1945, the estimated number of people living in the newly independent nation in July 1776 was around 2.5 million. As of July 1, 2018, the nation’s estimated population was 327 million.

In total, there were 56 signers of the Declaration of Independence. Among these were a committee of five who drafted the declaration: Benjamin Franklin, John Adams, Thomas Jefferson, Roger Sherman and Robert Livingston.

Of these 56, John Hancock, a merchant by trade, was the first to sign. Franklin, the Pennsylvania representative, was the oldest of the signers coming in at the age of 70, and Edward Rutledge of South Carolina was the youngest at the age of 26.

While holidays are all about spending time with family and having fun, it’s important to make sure your customers are always being safe when it comes to using fireworks.

According to the National Fire Protection Association (NFPA) in a typical year, Independence Day fireworks account for two of the five of all reported U.S. fires, more than any other cause of fire. On average each year, the NFPA reports fireworks start 18,500 fires, including 1,300 structure fires, 300 vehicle fires and 16,900 outside and other fires.

Forty-seven of the 50 states permit the use of consumer fireworks, but the definition of what is considered “consumer” varies from state to state. Your customers can check out their local laws here.

The National Council on Fireworks Safety advises the following tips: 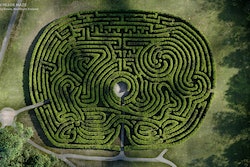 Check out these seven garden mazes from across the pond 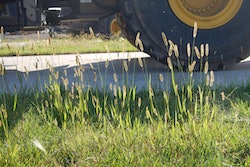 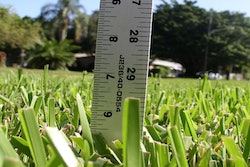 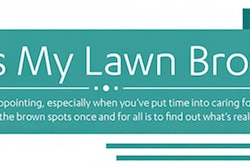 Help homeowners determine why their lawn is brown with this infographic