Since 2010, the United States has seen its share of hot summers: the kind of summers that rewrite records.

With the exception of 2013, each year earned a spot in the Top 5 warmest summers on record, according to National Oceanic and Atmospheric Administration statistics. In the Midwest, these consecutive record-breaking temperatures took their toll in an unexpected way.

“Around here, that’s not something we’re used to,” says Jeremy Turner, president of Lawn Doctor of Mid County-St. Charles, Missouri, of the extreme summers. “By 2012, we were seeing a lot of damage on turf. There were zoysiagrass lawns all over town that were absolutely destroyed. People thought it was drought.”

Drought seemed to be a likely enough culprit, paving the way for what Turner suspected were chinch bugs, which, in turn, made turf susceptible to disease. With a little digging, so to speak, he was able to help uncover the real problem: hunting billbugs. And just like that, the region had a new pest problem.

Root of the problem
Billbugs are no stranger to the Midwest. The bluegrass billbug is well established as an insect pest there. Until 2012, though, the hunting billbug was thought to reside primarily in the Southeast, according to Lee Miller, Ph.D., assistant professor of turfgrass pathology at the University of Missouri.

So when zoysia began to decline throughout the state, hunting billbugs weren’t on anyone’s radar. Considered a “no- to low-maintenance turf,” zoysiagrass didn’t have a long list of usual suspects for this kind of decline.

When a client called on him for help with a zoysia lawn, Turner could see the turf was diseased. And because there was damage near the curb and along the driveway, he had good reason to believe chinch bugs were involved. During that call, the client asked Turner if the problem could be something called zoysia decline, which prompted Turner to email Miller at the University of Missouri.

“He told me that zoysia decline is what you call it when you don’t know what it is,” Turner says. Miller happened to be in town and offered to take a look at the client’s lawn.

When Miller arrived, he began looking at the turf roots, which were hollow. “That was the front-end of people figuring out what was causing all the destruction on the lawns here, and I just happened to be present for it,” Turner says.

Make no mistake
“Hunting billbug damage may be the most-often misdiagnosed problem in warm-season turfgrass,” Miller says. “It appears similar to damage caused by diseases, drought, chinch bugs or delayed spring greening. The adults are reclusive, come out only at night and are well camouflaged.”

Also, for a good portion of the larval stage, the billbug grub is inside the plant, adding to detection difficulty, he says. Many times, the only diagnostic symptom is the hollowed out stolons and leaf stems billbugs leave behind. By the time you see confirmation of billbugs, the damage has already been done.

By the time Miller identified the hunting billbug in Missouri in 2012, this was the case. The drought-like conditions and low soil moisture levels that year made them somewhat more apparent, once you knew what you were looking for.

Damage control
The hunting billbug is primarily a pest of zoysiagrass and bermudagrass, but it may also feed on Kentucky bluegrass and various field crops, according to Miller.

“The species and cultivar of zoysia most often grown in Missouri (Zoysia japonica cv. ‘Meyer’) also happens to be the most susceptible to hunting billbug damage,” Miller says. There are other varieties more resistant to these billbugs (Zoysia matrella), but these aren’t as cold tolerant. So, they aren’t widely available in Missouri, he says.

Depending on the degree of damage hunting billbugs have caused, control options vary.

“If our clients have damage, but not dead turf, we work on the health of the plant and try to get some recovery,” says Turner, who services nearly 1,000 clients and 7 million square feet of turf. “We do see some good recovery by just adjusting fertilizer and water. If turf is very far gone, though, we will put in replacement plugs every 6 to 12 inches.”

The hunting billbug problem has been so prevalent in Turner’s area that he has all of his zoysia lawns on a preventive plan, for now.

“We treat with a systemic insecticide in June,” he says. “We’ll put down imidicloprid (Merit) and that will get us season-long control.”

Other products that will target adult hunting billbugs in spring include bifenthrin (Talstar), deltamethrin (DeltaGard) or lambda-cyhalothrin (Scimitar or Battle), according to Miller. For larvae control, Miller suggests clothianidin (Arena) or thiamethoxam (Meridian).

If, however, you’re looking to target both larvae and adult hunting billbugs, consider applications of chlorantraniliprole (Acelepryn) or the combination products clothianidin + bifenthrin (Aloft) or imidacloprid + bifenthrin (Allectus), Miller says.

“Remember that when you’re targeting larvae, it is crucial to water in the insecticide with 1/8- to 1/2-inch of water,” he says.

Most importantly, though, make sure you know what you’re dealing with. Confirm it. Like Turner, know when to collaborate for an official diagnosis. Never use a chemical treatment as a way to rule out potential problems. 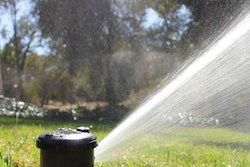 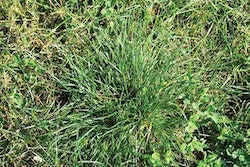 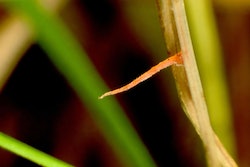 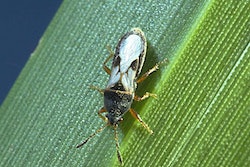