With an infestation of emerald ash borer not far away in Iowa, the city of Omaha, Nebraska, stepped up its years-long preparation for the Asian beetle, which has already killed hundreds of millions of ash trees across the country.

This past Friday, city officials called a press conference to demonstrate how Omaha’s urban foresters would be closely monitoring trees that showed signs of disease. The demonstration included the removal of a diseased tree – although no one expected to find evidence of emerald ash borer.

“The press was there. The cameras were rolling,” said Mark Harrell, the Nebraska Forest Service’s program leader for forest health.

“They didn’t want to reveal the finding until it could be confirmed” – a caution that is standard practice nationwide.

Omaha city officials proceeded with the press conference without alerting reporters to what its arborists believed they had just discovered. Once the press was gone, city and state foresters, along with Nebraska’s Department of Agriculture, gathered the evidence and shipped it off to a U.S. Department of Agriculture laboratory in Michigan. The Michigan lab is where all U.S. emerald ash borer infestations are confirmed.

On Wednesday, Harrell said in a telephone interview, Nebraska received the bad news its experts already knew was coming: The state had its first confirmed case of emerald ash borer infestation.

Nebraska has about 43 million ash trees, Harrell said, approximately 1 million of them in urban areas.

“It’s certainly one of our top trees,” he said. “About 9 percent of our trees are ash trees.”

While confirmation of the presence of emerald ash borer was terrible news, it was not unexpected.

“We’ve been expecting it here for at least the past six years,” Harrell said. “If I’d had to bet, I would have thought three years ago.”

Trees are damaged by the beetle’s larvae, which feed in galleries under the bark, according to Insecticide Options for Protecting Ash Trees from Emerald Ash Borer, a paper by several experts on the disease. The galleries undermine ash trees’ ability to transport nutrients and water.

Unfortunately, they also inhibit the trees’ ability to circulate the insecticide used to treat the disease. Worse, detection is extremely difficult in the earliest years of infestation. Consequently, by the time the disease is discovered, it may be too late to treat the tree effectively.

One of the authors of the paper cited above, Dr. Cliff Sadof of Perdue University, says a great deal of work is underway in the fight against emerald ash borer.

“The technology exists to save a tree even at relatively low doses (of insecticide),” said Sadof, an Extension System specialist and professor of entomology at the university. “I’m in the middle of a study now with trees up to 50-to-60 inches in diameter, and you can keep them alive with a single injection once every three years.”

Sadof notes, however, that early treatment is critical. And again, the difficulty of detecting the disease in its early stages exacerbates the challenge, as does the speed at which infestation spreads.

“The percentage of trees affected by emerald ash borer doubles every year once it comes in,” the professor said, “so in eight years you go from 1 percent to 100 percent. You need aggressive management initially. … And if you don’t see something by year six, you’ll only need a chainsaw.”

For Kevin Marks, manager of the Davey Tree Expert Co.’s North Denver office, the hard work of university professors is encouraging. In the field, however, the prognosis seems dire.

About the same time Omaha was discovering Nebraska’s first infestation, arborists in Longmont, Colorado, discovered that area’s first evidence of emerald ash borer, which had already been confirmed in the Boulder area.

“I wish I had some good news for you,” Marks said, “but the ash trees seem destined for trouble. I’m a board-certified arborist and it’s clear to me that this is going to be one of the defining events of my career.”

The spread of the deadly beetle from the Midwest to Colorado and Nebraska, where trees get less water, “makes the prognosis even dimmer,” Marks said. “The experts thought it would be about 10 years before it arrived in Boulder, and it was here the next week.”

While supportive of the research that’s underway, Marks makes no pretense of optimism.

“There’s a lot of guesswork. We only have about 15 years of experience with this, and that’s not a lot when you’re trying to deal with something like this. The academics and the professionals have guessed wrong – again and again – on where it was likely to spread next.”

Marks said about 25 percent of Colorado’s urban forest is comprised of ash trees. The challenge for arborists is huge, he said, pointing to the experience of experts in Fort Wayne, Indiana. 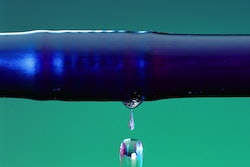 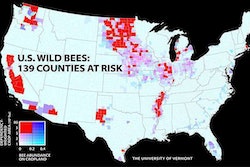 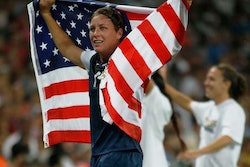 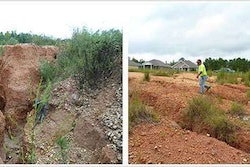