Your customers may think that bagworms, webworms and Eastern tent caterpillars are all names for the same insect, but it’s your job to know the difference and educate clients on when these web-weaving worms are a threat to their landscape.

The presence of bagworms (Thyridopteryx ephemeraeformis) is less conspicuous than fall webworms or Eastern tent caterpillars, as these caterpillars create silk cases that are covered in foliage and other plant material, making them look a little like homemade pinecones.

They feed on many trees and shrubs but prefer evergreens, particularly junipers, arborvitae and Leyland cypress. As they grow, so do their bags. They can stress out evergreens since they struggle more rebounding from an infestation than deciduous trees. Heavy infestations can result in a tree becoming completely defoliated and will kill hosts such as red cedar or juniper.

Eggs hatch in late April or early May and the larvae can feed until late August or early September.

The best way to deal with bagworms is to simply clip or pick them off the tree limbs and drop them in a bucket of soapy water. If you choose to use chemical controls, applications of insecticide should be applied before early June in order to be effective.

Bacillus thuringiensis and spinosad are options that can be used on young larvae and may need repeat applications. Products containing carbaryl, bifenthrin, cyfluthrin or acephate can be used to control the larger, older larvae.

The two main differences between the fall webworm (Hyphantria cunea) and Eastern tent caterpillar (Malacosoma americanum) are when the caterpillars form their webs and where in the tree the webs are found.

As you can guess by the name, fall webworms create their webs in late summer to fall and are particularly noticeable in August and September. Their webs can be found on the end of branches and serve as a protective nest where the caterpillars hide in the day and feed on the tree at night. The webs will grow in size as the caterpillars feed.

While aesthetically unsightly, tree health is usually not affected because the webworms are only feeding on the leaves that are about to die off in autumn anyway. Advise customers against chopping off branches or setting the webs on fire, as this does more damage to the tree than the webworms ever could.

Fall webworms enjoy feasting on over 600 different species of deciduous trees including oak, elm and maple, but they prefer those that produce fruits and nuts such as pecan and persimmon.

Since webworms are native insects, they have more than 50 natural predators and 36 parasites that help control the population. If your clients are experiencing trouble with webs in their trees, simply taking a stick to break up the webbing will leave the fall webworm vulnerable.

Spraying a pesticide on the webs is only effective if there is enough spray pressure to penetrate them. Like bagworms, carbaryl or Bacillus thuringiensis can be used.

If the webs are not within a safe reach, assure your customers not to worry as they usually do not harm the tree’s overall health.

If there is an abundance of caterpillars, they can defoliate an entire tree, but they will seldom be able to kill it.

You can save customers the hassle of dealing with these pests by removing and destroying any egg masses you spot before they hatch in the spring. If the caterpillars have already hatched, they too can be easily removed by pulling the web down with a trusty stick and crushing the fallen insects. 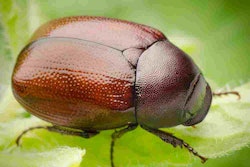 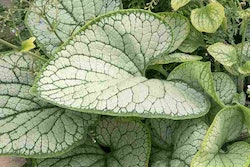 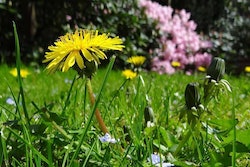 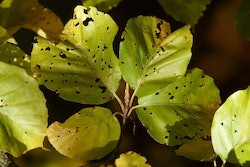