With the first half of 2022 in the rearview mirror, Ritchie Bros. Mid-Year Market Trends Report sheds light on the current state of used equipment inventory and pricing, as well as what to expect in the coming months.

But as inflation climbs and the pool of newer machines in the marketplace grows, pricing of used construction equipment will likely cool off, Ritchie Bros. says.

While used equipment values in general remain higher compared with the same period last year, across the board they’re down by single-digit percentages relative to earlier in the year.

In the three months ending in July, Ritchie says, prices for used large and medium earthmoving equipment increased by 15% and 20% respectively, compared with the same period last year.

Prices in the aerial segment are up 18% compared with the same three-month period in 2021.

The Ritchie report also took a deep dive into the volume of equipment sold, and it shouldn’t come as a surprise that volumes declined across most product types.

Furthermore, across all categories examined, the median age of the asset categories sold in 2022 were older or the same age as the units sold in the first half of 2021, Ritchie Bros. says.

The top U.S. selling models sold at Ritchie Bros. auctions by volume in the first half of 2022 were as follows: 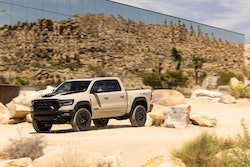 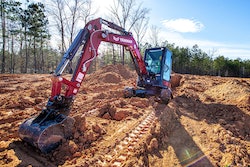 Here's what to look for when buying a new compact excavator 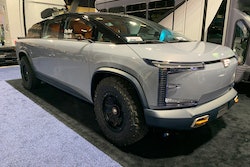