Staff Report (EQW)
Aug 15, 2022
The new Chevy Colorado line is headed to production in the first half of 2023.
Chevrolet

“The all-new Colorado is enhanced in every way,” says Scott Bell, global vice president of Chevrolet. “With its rugged and sporty styling, enhanced capability, new technology and customization options, it’s designed to do more for discerning customers and still offer them great value.” 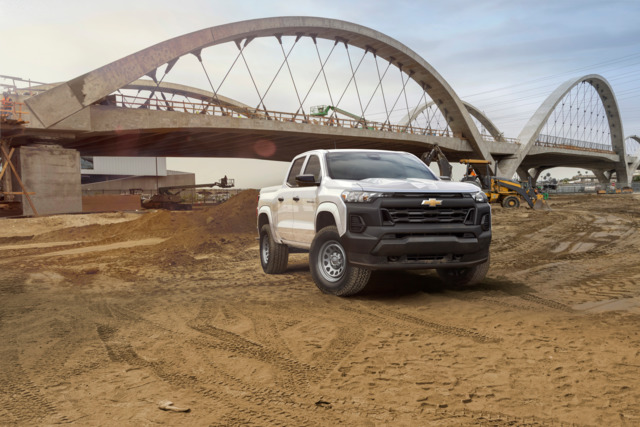 The centerpiece of the new interior styling is a standard 11.3-inch color infotainment touchscreen. It is joined by a standard 8-inch fully digital color instrument display. Both displays are customizable.

There are four new interior options, including “sporty round outboard vents, wrapped and stitched knee pads on the doors and center console for select models, and more adventurous contrast stitching on select models,” Chevy says.

The Colorado’s new engine gets several enhancements for 2023, including a more rigid cylinder block casting and a 30% stiffer crankshaft. The new base engine delivers 18% more horsepower and 36% more torque than the current Colorado’s base engine. Higher-output versions of the engine even produce more horsepower and torque than the current model’s 3.6L V-6 and 2.8L turbo-diesel engines, Chevy says.

Chevy also gave the Colorado a second-generation eight-speed automatic transmission that is designed for smoother shifting and quicker downshifts. “It also excels in low-speed mobility, particularly in off-road scenarios,” says the company.

ChevroletThere are three re-engineered chassis setups for the various models, all of which have a 3.1-inch longer wheel base than the current crew cab/short box model. They also feature a shortened front overhang that lends to its “more aggressive stance” and improves its approach angle for climbing steeper terrain, Chevy says.

The chassis setups for the various models are as follows:

Depending on the model, the Colorado offers up to five drive modes, which can be changed via knob on the center console: 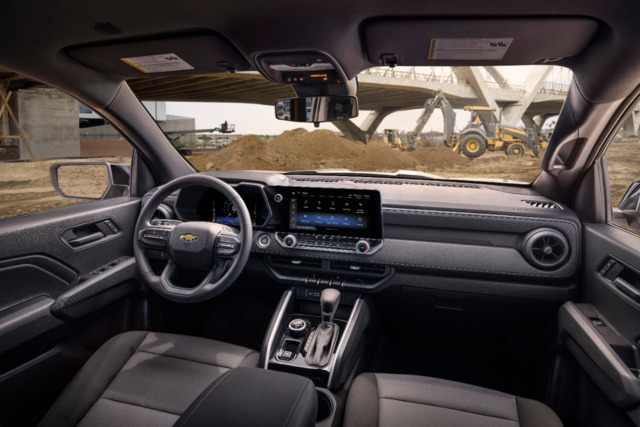 Along with safety, Chevy boosts technology in the cab with its infotainment touchscreen. Here are some of its highlights:

Chevy also made Hitch Guidance standard. The camera view shows a guideline to line up the trailer and hitch. New for 2023 are HitchView, which shows a zoomed-in view of the hitch for coupling, and Chevy’s Trailering App, which is accessible by phone or infotainment system, to help with all aspects of trailering, including on-road assistance and responding to potential hazards, Chevy says.

Chevy reports that production begins in the first half of 2023 at General Motor’s plant in Wentzville, Missouri, and that pricing and additional details will be revealed closer to production start.