As labor has gotten increasingly difficult to find, more and more landscape business owners are looking for new solutions. One possible answer is robotics. Graze, a fully autonomous commercial lawn mower has recently come onto the scene to solve these challenges. We caught up with the company to find out more about this robot's development and when it will be ready to purchase.

According to company CEO John Vlay, the mower has a 60-inch mow deck in the front, where it can be easily changed, raised, or lowered. It features three rotary blades and in the past year, has transitioned to an articulated deck so that it can be raised or lowered from a smart device.

"The reason this is important is that our sensors will determine how tall the grass is and then you can automatically adjust the deck based on the current height," Vlay explains. "This is much more efficient than manually raising and lowering it for each property."

The deck is also now quick-release so that attachments can be changed. This makes the newest machine the "Swiss Army Knife of landscape care equipment," says Vlay. The idea is that Graze can also tackle tasks like aeration and fertilization.

"Since the robot has already mapped out the perimeter of the property, it only makes sense that it should be able to do more than just mow," Vlay says. "We don't want to be a one-trick pony."

From the start, it has been Graze's goal to be electric. The very first prototype had solar panels on top but Vlay says that they discovered that even when running for eight hours in the sun, it wasn't as powerful as they wanted. So, they switched to battery power. The newest model has 40-kilowatt hours of battery power giving 7 to 10 hours of run time, depending upon the terrain.

"For most landscapers, that will be enough to get all of their properties completed," he continues. "Then, just like an electric vehicle, you would charge it at night. This is also when electricity is the cheapest. Usually in the midnight to 4 am range, you are paying less for electricity costs."

As an industry veteran himself, Vlay says that saving money and saving time are two key factors that have been at the top of his mind throughout the development of this robot. Obviously, the autonomous nature of this machine provides labor savings. But he says the savings of using electricity over gas will also be substantial.

Vlay says that in his past work life, he was in charge of safety, so that is always on his mind. He also knows that daily safety checks (including checking the air pressure in tires) are incredibly time-consuming. For that reason, this robot uses two wheels that run on flat tires, not pneumatic ones. Since he says unevenly inflated tires often lead to poor cut quality, that issue is eliminated.

"There is also virtually no maintenance other than sharpening the blades," he continues. "Coming to this with many years of landscape maintenance experience, I am looking at what would make everyone's life easier."

Vlay adds that he is well aware of safety concerns over battery-operated equipment and has taken that into account, too.

"Safety is always number one and we know that there are concerns about the safety of batteries," he says. "That's not something we take lightly. We know that we have to roll out something that is safe for users."

There has been growing interest in Graze and Vlay says that he got a lot of positive feedback at Equip Expo back in October. One of the big differentiators between Graze and other companies has been that it is mostly crowd-funded.

"We have a lot of investors which means we have a lot of eyes on this," he says. "That has led to a lot of interest and at Equip Expo, we were very busy. Last year we had a Beta model and we currently have a Gamma model, which is the one we will go to scale with when we roll out. We expect to have a limited release by the middle of next year. We already have a waitlist and we expect that to grow. There's no question that there is a need for this kind of solution." 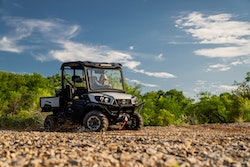 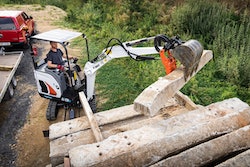 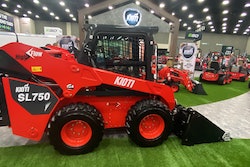 After delays, Kioti sets launch of its first CTL and skid steer 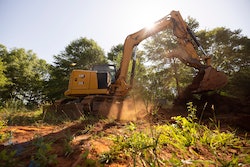