Search through pickup-truck forums on the topic of new vehicle deliveries and it’s not uncommon to read about supply chain issues forcing customers to wait three, four, five months or even longer to get their trucks.

To get around delivery delays and historic inflation, a Colorado construction company is opting to have its trucks rebuilt a few states away in Texas. 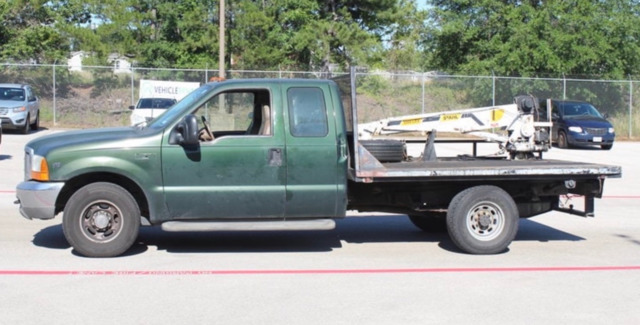 The same Ford F-350 as shown at the top of this story prior to being rebuilt.Vehicle RemanScott Tabickman, who manages equipment, facilities and projects at Doud BTS in Golden, Colorado, is more than happy to make the 1,000-mile trip to Vehicle Reman in Austin to have Doud’s pickups remanufactured, given the quick turnaround and money they can save versus buying new trucks. Doud constructs new buildings for retail, industrial and other businesses and then leases them.

“I’ve run several vehicles through them and really love the whole concept,” Tabickman said. “You give them something that’s worn out; they whip the body off it, replace the powertrain, replace all the systems and upgrades and give you back a new truck, up to and including body work.” 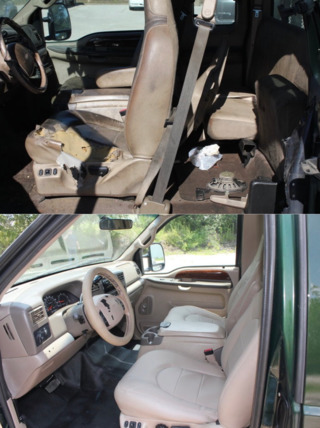 Yes, that's the same truck. A before and after shot of a 2000 Ford F-350 that underwent a Level III rebuild at Vehicle Reman.Vehicle RemanOne of Doud’s more recent rebuilt trucks, a 2006 Ford F-250, had been sitting for “probably four years in Wyoming,” Tabickman explained, when he loaded the truck on a trailer and made the trip to Austin.

“They probably had it for four and a half weeks,” he said. “I got basically a brand-new truck including the interior. They rebuilt it, and it was extremely reasonable.”

“With Level 3, we add in some wow gifts, too,” Gonzalez continued. “If the vehicle doesn't have a backup camera, we throw it in there. We add improved cargo lighting, Bluetooth, just things we've asked drivers that would make their job easier.”

A Level 1 rebuild includes installing a remanufactured powertrain and doing other work necessary to get the vehicle “functional and on the road as quick as possible,” Gonzalez said. Level 2 includes everything in Level 1 plus “a few bells and whistles on it, like making sure the interior's clean. If it needs headliners, seat cushions, sun visors, things like that.”

About 90% of customers opt for a Level 3 rebuild, which VR applies to Class 1-Class 6 trucks, vans and shuttle buses. Vehicles roll out with a three-year, 100,000-mile warranty and meet the manufacturer’s latest design changes.

“If you've got an AC compressor on a truck that's been out five or six or ten years, there's a good chance that it’s been upgraded and redesigned a bit to correct common faults,” said Vehicle Reman CEO Jonathan Carr. “So you're getting all of the latest updates on everything.”

“If you’re not completely on top of maintenance, you can get lack of lubrication and VVT camshaft problems and you’ll have to replace your engine,” Gonzalez said. “Those engines are now remanufactured with the VVT delete, where that issue will no longer exist.”

The transformation of the vehicles often leaves customers speechless, according to VR's president and founder, Greig Latham.

“Trucks wear out gradually and slowly. You don’t realize how loose it is, how loud it is, how much performance you’ve lost, and then when you jump back into the thing [following a VR rebuild], it’s a multisensory awakening. It's really something to behold,” Latham said.

In addition to saving time and money, Latham said, customers lessen their environmental impact by having a vehicle remanufactured versus buying new. According to VR’s website, they use about 25% of the energy and “produce only 20% of the greenhouse gas emissions and 14% of the toxic air pollution that typically results from car production.”

Gonzalez said it’s possible to get “carbon credits for doing reman because all of the materials you save that don't go to the landfill.”

The workflow has been growing at VR where it's looking at expanding in Austin and beyond with an all-encompassing approach to vocational training and certification in vehicle remanufacturing.

“We're combining what we would call traditional automotive repair with automotive production. We're not thinking small on this,” said Gonzalez, who led VR’s relocation from Tyler this year to Austin where it set up shop in about 30 days.

“I’d love to have something here,” he said. “They should franchise this.”

Carr said the company is seeking to do just that as it looks at areas with enough fleet activity to support expansion. The Dallas-Fort Worth area and Houston are currently up for consideration.

In the meantime at the Austin location, Gonzalez said they’re happy to “work with a transport broker to get the best rates for our customers [for transporting vehicles to VR].” Following a rebuild, fleets have flown out employees to drive their vehicles back.

Increasing revenue at Vehicle Reman is also helping expand its mission of helping single moms with car repair through thehubgarage.org. More than 800 vehicles owned by single mothers have been repaired through Christian Brothers Automotive at an average cost of $1,890 each.

“That's one of our big missions, to help single moms,” Carr said.