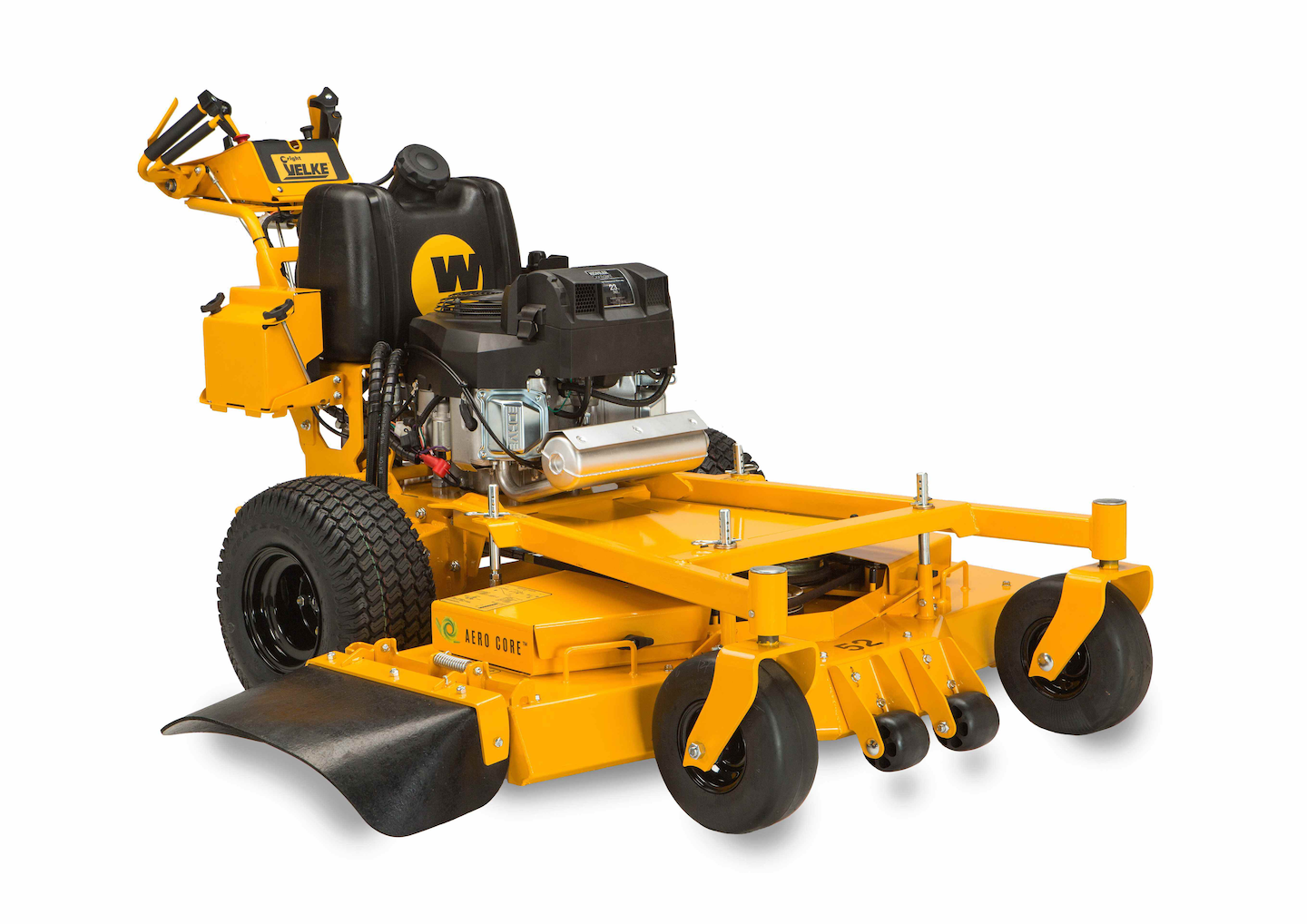 A Velke sulky latch is provided, giving operators the choice of walking or standing on the machine when the sulky is attached.
Photo: Wright Manufacturing

Wright Manufacturing has introduced two new Velke hydro-powered walk-behind mowers. The HC series is available with 32-, 36- and 48-inch cutting decks, while the larger LC series offers a choice of 52-inch and 61-inch decks. Wright says all sizes can be specified with either a fixed or floating deck.

The new Velkes’ light weight and large tires are gentle to turf, the manufacturer says, describing the HC as a good fit for medium-size properties and tight spaces.

The LC models have larger tires, reinforced frames and a wider stance, but Wright says they still offer low impact on commercial properties.

Each model is ideally balanced to mow on slopes and climb curbs, the company says. The controls, meanwhile, are intuitive, easy to squeeze and isolated from the machine’s vibration, according to Wright. The company says the flat-free caster tires increase the mower’s maneuverability, even in tight spaces.

An integrated Velke sulky latch is provided on all models, giving the operator a choice of walking or riding when a sulky is attached. The latch secures the sulky in a folded position when the operator chooses to walk.

For more details, visit the company’s website here and check out the following video: