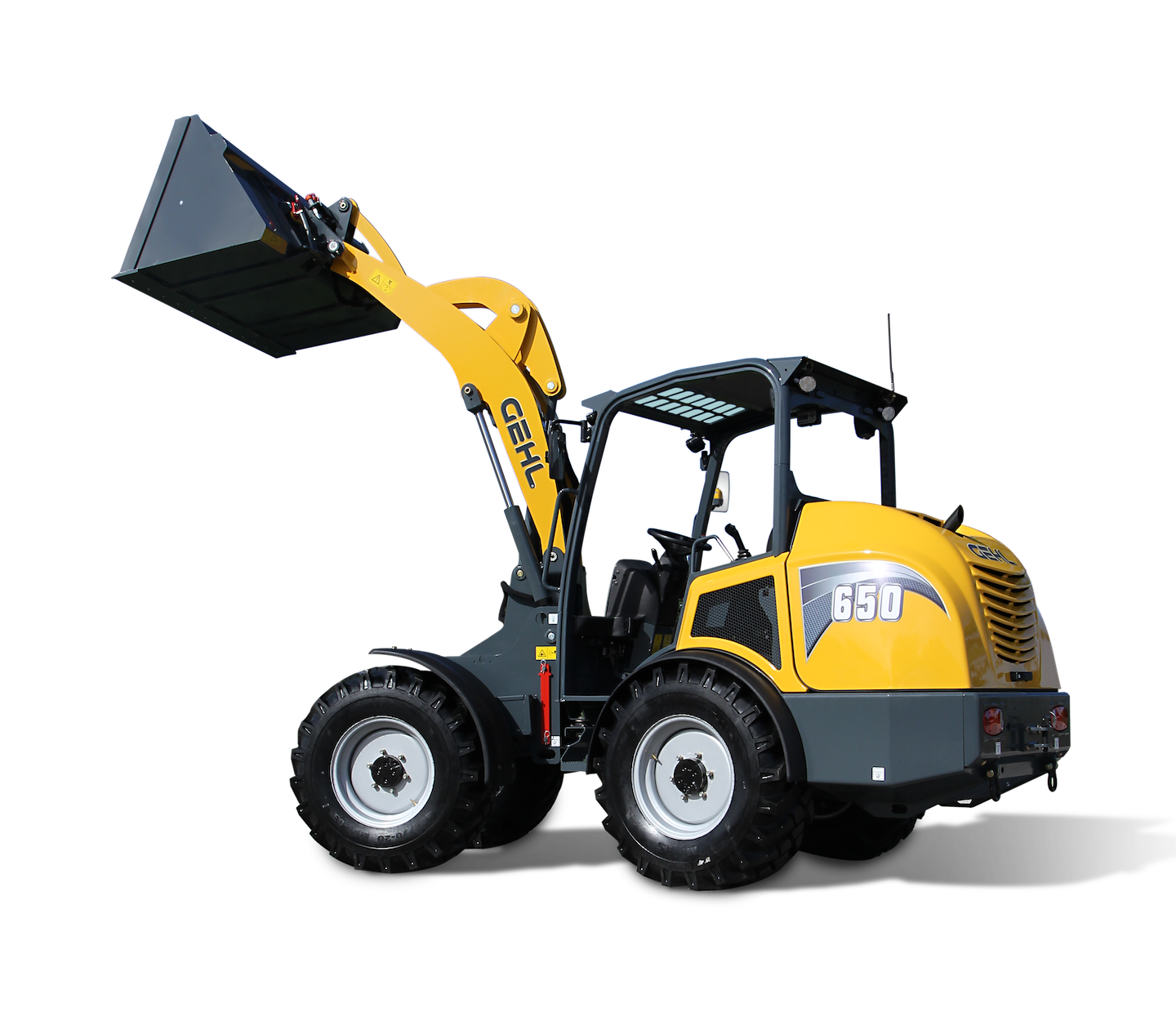 The Gehl 650, which is powered by a 64.4-horsepower Yanmar engine, is the smaller of the two new articulated loaders the company has introduced in North America.
Photo: Gehl

Gehl says the addition of two articulated loaders to its product lineup in North America is the company’s answer to growing demand for larger wheel loaders. The all-new Gehl 650 and 750 offer some of the highest breakout forces in their classes, along with articulation angles up to 45 degrees.

Both models have Tier Four Final engine emissions technology, with a Yanmar 64.4-horsepower engine on the 650 and a Deutz 74.3-horsepower engine powering the 750. Gehl says the Yanmar engine uses a diesel particulate filter after-treating system, while the Deutz uses a diesel oxidation catalyst after treatment system, which allows users to choose their preferred emissions system.

The new 650 and 750 are the largest wheel loaders in the Gehl product offering. They feature a digital instrumentation display, “Power-A-Tach” Attachment Mounting System and a multi-function joystick.

Gehl says the loaders’ digging and scraping performance is outstanding because the machines boast some of the highest breakout forces in their respective classes as well as front and rear locking differentials.

A heavy-duty, oscillating articulation joint offers 45-degree turning angles to the left and right and 10 degrees of oscillation in both directions for optimal traction and maneuverability, according to the manufacturer.

Proportional auxiliary hydraulics are standard equipment, Gehl says, and are utilized with a roller switch on the joystick.

The company says detent and pressure relief are included to optimize attachment hook-up and performance.

Gehl says two easily accessible auxiliary hydraulic lines with flat-face couplers power a variety of tools and make attachment changes easy. Additionally, the 650 and 750 are available with a three auxiliary circuit option to the front and rear, including high-flow. 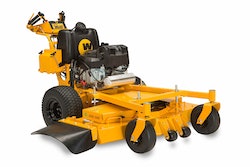 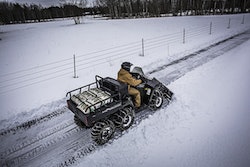 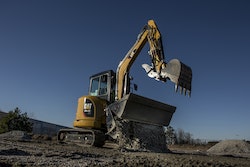 Caterpillar’s new 304.5E2 XTC is half excavator, half skid steer 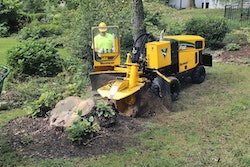