Nearly two years after unveiling the redesigned Chevrolet Colorado and GMC Canyon and announcing the midsize pickups would eventually gain a diesel option, General Motors has released all the details about the Duramax engine that will power the latest models.

With these new 2016 models, Chevy Colorado and GMC Canyon buyers will have the option of upgrading to a 2.8-liter Duramax diesel. The turbocharged engine produces 181 horsepower at 3,400 rpm and 369 lb.-ft. of torque at 2,000 rpm.Beyond the Colorado’s commercial and critical successes, the coming diesel option has buoyed excitement around both of GM’s midsize trucks since their redesign was unveiled in 2013.

The diesel engine will be available with 2WD or 4WD on Colorado crew cabs in LT and Z71 trims and on Canyon SLE and SLT crew cabs.

The Duramax’s boost in power increases the trucks’ maximum trailering capacity to 7,700 pounds—700 more than when equipped with the 3.6-liter V6. Gross vehicle weight rating has increased as well to 6,000 pounds on 2WD models and to 6,200 pounds on 4WD models.

The option will up the price of both trucks by $3,730 and will be available with the 2016 models this fall.

And though GM did not share exact fuel numbers, the diesel engine is expected to up the midsize trucks’ already segment-best 27 miles per gallon highway even higher.

The standard pairing for the Duramax will be a Hydra-Matic 6L50 six-speed automatic transmission. Also standard are a trailering package, including a hitch receiver and seven-pin connector, and a 3.42 rear axle ratio with G80 automatic locking rear differential.

When equipped with the Duramax, the trucks will also feature a smart diesel exhaust brake system that GM says enhances vehicle control and reduces brake wear on steep grades. 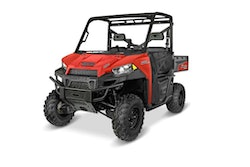 Polaris adds more power to its new models of the Ranger 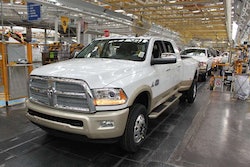 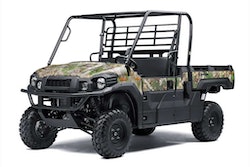 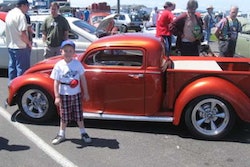