Toyota has always taken their time when it comes to making generational changes to their pickups, the Tacoma being no exception.

In fact, the last time the company’s best-selling midsize pickup saw any significant changes was in 2005, when the “second-generation” Tacoma – first introduced in 1995 – rolled out with a new powertrain and body design. A decade between vehicle upgrades is a long time when most manufacturers initiate a rejuvenation cycle every four to five years.

So I was excited to drive the 2016 Tacomas and see first-hand how they’ve evolved from the previous generation. A day of driving the new trucks both on- and off-road – all were V6 automatics – brought a lot of satisfaction, along with a few disappointments.

Tacomas have found favor over the years among landscapers, as well as businesses such as surveying, road building and construction, because of their build quality, fuel economy, off-road prowess and maneuverability.

From what I learned driving the 2016 Tacomas, the new pickups take those very attributes to an even higher level.

The third-generation Tacoma is stronger than the model it replaces. TRD Sport models come with a prominent hood adorned with a non-functioning hood scoop and limited-slip rear differential.

The resulting driving nuances between the old truck and the new model are noticeable; for example, you don’t feel as much flex in the 2016s driving over harsher, more demanding road surfaces.

The new suspension in the TRD 4×4 models, which I spent the majority of my time driving, is also more robust and compliant than the previous generation. Fine-tuning the valving in the Bilstein shocks, adding an electronic-locking rear differential and refining the spring rates (coils front/leafs rear) make on- and off-road driving more pleasurable, instilling a level of confidence in the driver.

The changes in steering and overall handling are noticeably better than the 2015s I’ve driven. Combined with the stiffer chassis and cab, I feel the upgrades to steering and suspension give the 2016 Tacomas an edge over their Colorado/Canyon competitors.

A new V6 rolls out

The new Tacoma V6, a 278-horsepower 3.5L, isn’t as strong or fuel efficient as GM’s 305-horsepower 3.6L found in their midsize pickups. Still, Toyota’s new engine is 42-horsepower stronger than the 236 horsepower 4.0L it replaces. That’s a big step up in performance.

Still, you have to rev the new engine to 6,000 rpm to bring those ponies to life, while the previous engine’s power peak was 5,200 rpm.

The new six-speed automatic has a nice feel of power delivery to the equally new V6. Manual mode shifts firm and quick. Meanwhile, the torque output of the 3.5L remains essentially the same as in the old 4.0L at 265 lbs.-ft.

But again, that peak comes in about 600 rpm higher in the rpm band than the previous 4.0L Toyota V6. So the new Tacoma feels a little more sluggish in the lower rpms than the 4.0L until you get high in the rpm band, at which point the new-found power comes to bear, moving the truck along nicely.

Another plus is the equally new six-speed automatic, which helps the V6 best the previous model’s 4.0L/5-speed combo by 2 miles per gallon with an 18 city/23 highway/20 combined EPA fuel-economy rating.  (The estimated miles per gallon for the 4×4 manual are 17/21/19.)

Toyota says towing falls somewhere like No. 22 on the list Tacoma buyers’ desires. Looks, however, are near the top.

So, naturally, Tacoma’s design team focused a lot on cosmetics, starting with much more prominent wheel flares for greater wheel travel and an embossed “Tacoma” in the tailgate. They also raised the beltline, making the windows slightly more narrow, giving the new truck the appearance of being lifted.

One thing I noticed right away is the new Tacomas look lower than Colorado/Canyon, but in reality, both are within an inch of each other in all dimensions. What gives the Tacoma a lower look is the high belt line and slimmer windows.

The tailgate features an integrated spoiler for improved aerodynamics along with an easy lowering feature, which allows it to slowly retract, preventing it from slamming down. The bed is composite, with integrated cargo rails and hold-downs.

Of interest to work-truck buyers, Tacoma will offer an optional factory-installed tri-fold hard tonneau cover for securing gear – a first for Tacomas.

Tacoma’s tough exterior is complemented by an interior that conveys a sporty, go-anywhere, off-road feel. Seating is also a bit different. I felt as if I were sitting almost on the floor in the new Tacoma compared with other midsize pickups – and Toyota doesn’t offer power seats, not even in the top-of-the-line Limited model.

The interior overall is quite nice. The TRD models I drove featured soft-wrapped trim and metallic accents, giving the interior a high-quality look and feel. The gauges and controls are easily reached and nicely arranged.

Another pleasant surprise: the 2016 Tacomas are noticeably quieter than the previous models. Toyota engineers used a multi-layer acoustic windshield and sound-absorbing headliner, along with a floor silencer pad, to help reduce road noise.

However, there’s still tire/road noise coming up from the rear of the cab in the 4×4 Double Cabs I drove – enough that I thought at first a rear window might not be closed.

In addition, Tacoma will now be available in five model grades, each with its own personality and unique look:

Two bed configurations, short (60.5 inches) and long (73.7  inches), are available in all models except the Limited, which is only available with the short bed.

For those who like to Facebook or tweet their every adventure, every Tacoma will come standard with a GoPro mount located near the rear-view mirror. You just need to supply the camera. 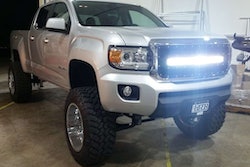 Among truck accessories, lights give boost to safety 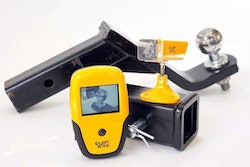 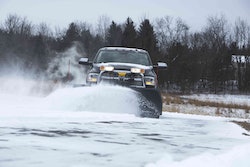 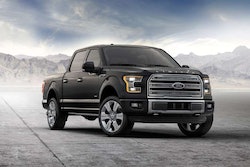