They’re some of the hardest working trucks on the road and they don’t last very long.
Snowplow trucks work hard clearing streets of the freezing impediments and hazards of snow, sleet and ice.

And these heavy-duty workhorses often fall victim to their own treatment. The snow-melting salt they spread regularly on thousands of miles of streets each winter takes a quick toll on the trucks and corrodes the metal that delivers the salt, the calcium chloride and plows the streets.

“That’s why we have to replace our fleet so often,” explains Ron Bailey, public works street superintendent for Springfield, Missouri. “The salt really does a number on the vehicles.”

Busy routes may mean that a truck misses a wash for about a week, Bailey says, which gives the salt an even greater chance to cause damage.

Springfield recently acquired three new trucks to replace others that served their time over the course of only three, salt-filled winters. The three new Freightliners, model 108SD, came equipped with dump beds, material spreaders and plows. Cummins diesel engines rated at about 310 horsepower each will be hard at work this winter.

In a recent interview, Bailey said the city has already gotten “a little dusting” but no substantial snow as yet.

“Typically this area receives anywhere between 12 and 17 inches a year and that’s spread out over anywhere from 10 to 15 events per year,” Bailey explains. “Last year we had right at 12 events, with one of them being 7½ inches in one event.”

Springfield, with a population of about 164,000, has about 2,000 miles of streets. The snowplows maintain 750 miles of roads, with most of those being major roads.

“We change up our routes every year and adjust them to meet demands of our citizens, as far as traffic flow and new roads that might be brought into the city through annexation or through construction,” Bailey says.

When winter’s well under way, the city’s fleet of 32 trucks will be on call 24/7. Besides Freightliner, the fleet also has Ford F-550s and a front-end loader used to scoop up snow in the middle of bridges and whisk it away to the side of the road.

Snowplow drivers alternate shifts to help him them stay fresh. A major snow event or a call from the police to address an emergency, such as an ice-covered road, will take the drivers off their normal routes.

They work at the whim of Mother Nature. But this year’s a little different. The fleet has been equipped with Automatic Vehicle Locators, or AVLs. The devices, which Bailey says cost between $3,000 and $3,500, were acquired through Certified Power Inc. The AVLs will provide the trucks’ location, making it easier to deploy the fleet during normal and emergency operations.

The devices also keep tabs on the amount of salt and calcium chloride leaving the trucks and hitting the streets. (Calcium chloride aids salt in melting the snow and ice.) Bailey says the city opted to buy the AVLs after studying how other municipalities manage their trucks and materials.

“Most of these other municipalities are using the AVL system, which provides them with good information on their calcium use, their salt use, and whether or not the spreader is operating at the rate of application,” explains Bailey. “Those are the things we’re wanting to get information on to help us become more effective.”

Even with new trucks and new technology, Bailey realizes that Springfield has a tough job ahead this winter plowing the city’s roads, and not all of the roads will be plowed.
“We just don’t have the equipment or personnel to plow every single city street. So we focus on the arterials and the major collectors and some of the residential collectors as well.

“What we try to do with our program is to make sure that we are plowing enough locations so that every resident is within four or five blocks of a plowed route, so that they can have the ability to get to a plowed route and make it to their destination.” 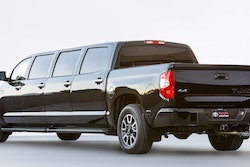 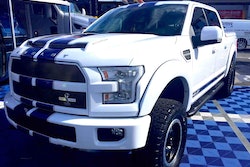 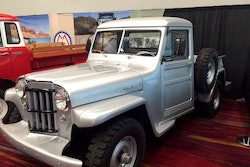 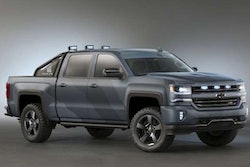