Both brands come from Detroit. Both brands speak to hard working, blue collar Americans. So it only makes sense that Chevrolet would team up with Carhartt to create a themed truck.

Carhartt’s additions to the truck include the company’s iconic duck brown garment material on the tonneau bed cover, seats, armrests and panel inserts. The Carhartt logo is also etched on the headrests. The nickel-finish trim gives the doors, center console and instrument gauges a muted, low key look.

A two-tone paint scheme livens up the exterior with high-gloss on the bottom half and a matte finish above the beltline separated by a full length, Carhartt gold-brown pinstripe. A Carhartt logo resides on the front doors.

Chevy outfitted this truck with a lot of options and accessories including trailering mirrors, rearview camera, assist steps, perimeter lighting, swing out tool boxes in the bed, perimeter bed lining, tow rings, a 20-inch LED light bar and electrical outlets on both sides of the tailgate.

Chevy said packages for all the concept trucks that debuted last week at the Specialty Equipment Market Association (SEMA) Show in Las Vegas will become available in 2017.

Here’s a video about the Chevy-Carhartt collaboration:

Tom Jackson is the executive editor of Equipment World magazine, another Randall-Reilly publication. 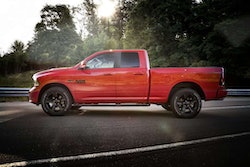 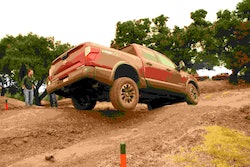 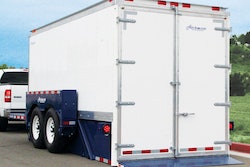 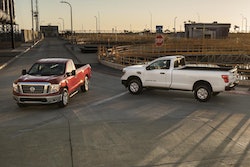