Oklahoma City, OK (January 23, 2007) The Blastrac® BMS-220ADB (All Day Battery) ride-on scraper now has the ability to run for a full work day before requiring a charge and therefore lasting hours longer than similar ride-on scrapers available in the surface preparation industry.

Other scrapers on the market have run times restricted by the use of batteries that need to be consistently interchanged throughout the work day. The BMS-220ADB will last an average of eight hours before requiring a charge, allowing higher productivity and longer run times. The BMS-220ADB is both an economical and environmentally friendly method for surface preparation.

This ride-on scraper is used to remove a variety of materials from concrete surfaces, including thick coatings such as epoxies and urethanes, adhesives, thinset mortar and roofing material. It also successfully removes floor coverings such as VCT, carpet, marble, ceramic tile, vinyl, wood flooring, rubber and other materials.

The BMS-220ADB is a compact unit, making it suitable for commercial, light industrial, retail and residential job sites. It fits easily through doorways and into tight areas and is light enough for standard elevators.

Like many Blastrac machines, the BMS-220ADB is made to be jobsite and environmentally friendly. The Blastrac brand provides more surface preparation technologies and expertise than any other manufacturer: shot blasting, grinding, polishing, scarifying, scraping, milling and cutting. Blastrac equipment is designed for surface preparation of concrete, steel, brick, stone, asphalt and other substrates. Equipment and application training is offered through the Blastrac SPARC program: Surface Preparation Academic Resource Center. 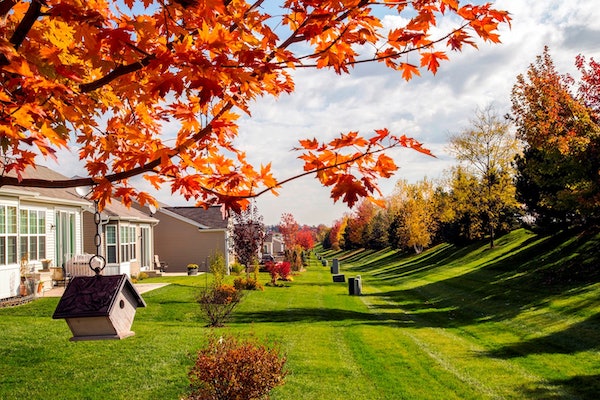 With the autumn season officially here, your clients might be looking for some ideas and inspiration for fall landscaping. 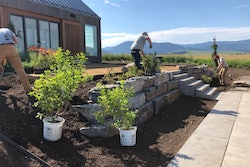 Rock on: Incorporating large rocks and boulders in landscape design

Use these tips to winterize your equipment