February 12, 2007 – If Mike Schippers has his way, the ubiquitous pothole patching crews that are a fixture on the nation™s highways will have to find something else to do.

Schippers is the National Sales Manager of Ring-O-Matic Manufacturing, Inc., a company that has just introduced what is described as the first fix and forget system for permanently repairing potholes.

Potholes are easy to patch, Schippers explained, you just shovel in some hot asphalt and the hole is gone — sometimes for as long as week or two if you™re lucky. That™s been the best available solution, so it™s the one everyone uses. But as everyone who uses the public highways

knows, there has to be a better answer.

Ring-O-Matic has spent the last 16 months developing a better answer, the industry™s first Surface Recovery System (SRS) a completely integrated solution that permanently repairs potholes in as little as 30 minutes.

The SRS is a marriage of our Hydro-Excavation and Vacuum technologies with an advanced new patching material to produce a comprehensive, permanent, pot hole repair solution, Schippers continued. The major problem with existing repair systems is that the concrete or asphalt surfaces around the pothole are never completely cleaned before the holes are patched.

This has two negative effects, he added. First, the patching material doesn™t bond well to a dirty surface, and second water easily works its way into the patched area. After a couple of freeze/thaw cycles the patch is no longer attached to anything, and it quickly breaks up.

The SRS uses a combination of high pressure water and vacuum to completely clean the hole before the patching material is applied. That means there is no loose dirt, stone or concrete chips in the hole, and no dirt imbedded in the pores of the sound concrete or asphalt around the hole. The patching material bonds completely to the clean concrete or asphalt, chemically cures, and forms a permanent, water tight, repair that™s ready for traffic in about 30 minutes.

Repairing a pothole with the SRS begins by cleaning the hole with a high pressure water jet that™s combined with a vacuum system to remove debris. Both functions are contained in an aluminum housing designed by Ring-O-Matic engineers. The proprietary system eliminates the ˜spray™ typical of air knives, adding to the safety of both operators and passing motorists.

Everything vacuumed out of the pothole is collected by the SRS, which has an onboard dry bag filtration system and a 325-gallon spoils tank. Once the hole is clean, the patching material is mixed and flowed into place where it chemically cures into a permanent, durable repair.

We have been experimenting with this material for about five years now, Schippers notes, and it™s held up remarkably well under a whole range of weather conditions.

Ring-O-Matic equipment is known for using premium quality components, Schippers said, and the SRS is no exception.  The car-wash-grade pump is typical of the kind of components we choose, and so is the Cat engine.

In fact, he continued, as National Sales Manager I lobbied hard for the Cat engine because I knew it would make my job easier.  When I tell a potential customer that one of our products has a Cat engine, there™s never a second question.

Ring-O-Matic solicited bids from five different diesel engine suppliers during the SRS development process. They were evaluated on a range of issues including fuel economy, noise, and emissions.

Noise is very important, Schippers explained, because this system will be used by many municipalities to repair residential streets, and a noisy system can™t be used early in the morning, or into the evening without disturbing residents. The SRS also has potential applications in places like parking decks and even inside industrial buildings where noise is also a major issue.

And, since we are dealing largely with governmental entities, emissions are also a major concern.  The Cat 3024CT is Tier 2/Stage II certified which means it can be used virtually anywhere in the world.  That™s important because potholes definitely aren™t just a North American problem.

Another concern was the availability of a worldwide dealer and service network to support the SRS systems. Here, Ring-O-Matic™s existing relationship with their Ziegler Power Systems of Minneapolis, and Stan Smith, Ziegler™s representative in Iowa, was a major factor in the decision to power the SRS with a Cat engine.

As Ring-O-Matic president, Karl Roozeboom explains it, We have been very happy with the service and support we have received from the entire Ziegler Power Systems group. Stan Smith, Ziegler sales engineer and Jessee Keene, Zeigler project manager, have been extremely helpful on this and other projects we have undertaken, their product knowledge and dedication to customer service have been invaluable to us.

So, when we needed some extra power for our new line of concrete and asphalt surface repair equipment, it was an easy decision to use the 3024CT engine  because of the proven track record of the 3024C engine in our vacuum excavation equipment. We feel that Caterpillar engines compliment our philosophy of producing quality, reliable equipment.

Most of the customers for the SRS are going to be municipalities and road builders, Schippers added, and virtually every one of them will have a Cat-qualified diesel mechanic either on staff or readily available. The SRS will be just another piece of Cat-powered equipment in their fleet, along with trucks, dozers, gen sets, and all the other tools of the trade.

This is a new market for us, he continued, but based on the initial interest we™re convinced the SRS is going to be highly successful. We™ve already been approached about truck-mounted units, and we will almost certainly scale the concept both up and down to meet market demands. One thing you can be sure of, though, it that they™ll all be Cat powered if we have anything to say about it.

With 2006 sales and revenues of $41.517 billion, Caterpillar is a technology leader and the world™s leading manufacturer of construction and mining equipment, clean diesel and natural gas engines and industrial gas turbines. More information is available at http://www.cat.com/. 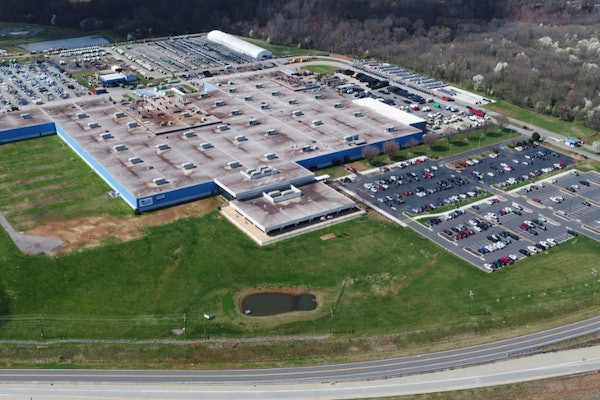