Fresh water rivers are the world”s life blood. All creatures both on land and in the air are dependant on fresh water for their existence. In addition, rivers are centers for transportation, commerce, agriculture and recreation. Without this life-giving flow, many more areas of the world would be arid, non-productive wastelands. Such could be the description of the northwest corner of New Mexico, USA, but for the San Juan River.

A Large Project is Built

To harness the potential of this broad, slow flowing river, the mammoth, earthen, Navajo Irrigation Dam was completed in 1963. The dam holds back 6,300 hectare Navajo Reservoir. Although the life-giving waters stored behind the dam suffered as a consequence of construction. Over the years, further damage had occurred as the result of silt from arroyo runoff and slow river flows. However, what was at first perceived as a tragedy for the river has actually turned into a recreational and economic bonus for the towns of Blanco, Bloomfield, Farmington and the surroundings areas. The waters released from the dark, hidden depths of the reservoir are crystal clear and cold; ideal habitat for brown and raindow trout and the creation of a world class trout fishery.

Although the river water was ideal in temperature and clarity for trout, fisheries biologist Marc Wethington, with the New Mexico Department of Game and Fish, knew that more had to be done to improve the fish habitat in the below dam reaches. He also knew that fixing the river would take some very dedicated, conservation-minded partners, so he approached John Hansen, Wildlife Biologist with the U.S. Bureau of Land Management. Together, they began involving the US Army Corps of Engineers, the New Mexico State Environmental Agency, local indigenous peoples and the community at large. They also knew it was going to take a lot more money than either had in their budgets. So they began approaching environmentally concerned businesses and individuals in the area. According to Hnasen, “it was really neat to see how both companies and individuals began to step up to the plate. Companies like Adobe Contractors, Golden Equipment, Volvo Construction Equipment, local native tribes, fishing clubs, guide and fly shops, oil and gas companies. Everyone, big and small. It was very encouraging.”

Everyone Pitches In To Help

Johnny and Machelle Stinson, owners of Adobe Contractors, Inc. located in Bloomfield, and Daniel Thompson, Product Specialist with Golden Equipment Company, Volvo Construction Equipment”s exclusive Farmington based New Mexico dealer, were amongst  the first to get on board. “This is a project that my wife and I really believed in.” Habitat improvement of a world class fishery like we have here will do nothing but help everyone in the area. This is our third year of participation in this project. After the first one, nobody knew whether it iwould work or not, but it was real encouraging when almost immediately fiish moved in and and started feeding.”

Wethington, knew that adding channel completely and increasing sediment transport would result in more and better trout habitat.”We also wanted to enhance small islands and encourage the growth of willows as well as other grasses and vegetation. We wanted to not only improve fish habitat, we were also interested in creating a safer, more natural surrounding for birds such as the endangered Willow Fly Catcher and the mighty American Bald Eagle.” Construction would include excavating certain areas of the river bed as well as locating and strategically placing large rocks and logs to better direct the river”s flow. The result, more back eddies and still water pockets which ar the ideal habitat for water insects. More insects would equal more fish.

Construction Equipment in a Trout Stream?

That”s where work for the folks from Adobe and Golden began. First Adobe provided and excavator and Golden, a rock truck from their Volvo fleet. Next, rock had to be sourced. Hundreds of tons of large, smooth river rock had to be trucked in. According to Stinson, “there wa nothing left around here so we had to go up into Colorado for the rock.”

Then, the Volvo EC240BLC Tracked Excavator and the Volvo A30D Articulated Haul Truck had to be thoroughly steam cleaned. Beams had to be built a minimum of 150 yards (137 meters) from the river shore to house the machinery at night and while being fueled. Every hydraulic hose had to be checked. There could be no oil or fuel leaks. In other words, the Volvo machinery had to be as perfect as the day it left the factory.

Under the ever watchful eyes of Wethington, Hnasen and project designer Chris Philips, of Riverbend Engineering, the rocks were very gently dumped into the stream. Then with masterful precision, using the excavator”s bucket and thumb,operator Reggie Davis took great care in placing the gargantuan rocks. Next, huge trees were moved from the shore and dug into the banks of both the river and the small islands that dotted the stream. Extreme caution was taken to minimize the impact on the river and the local vegetation. Then river channels had to be redirected. Observing the action from the shore was like watching a gentle Volvo water symphony. According to Stinson and all government agencies involved, “the Volvos have been fanastic. They”ve been perfect. There hasn”t been even a hint of a problem.”

What Value On A Day”s Fishing?

Biologists estimate that this area of the San Juan River is home to over 75,000 trout with sizes up to 27 inches (685 mmm). It is also estimated that the river gets over 50,000 angler days every year. Spread equally among 365 days, that would put over 135 anglers on the river every day. Each one hoping for a San Juan River trophy or maybe just a good family meal around the campfire. According to John Hansen, it is difficult to measure the total economic value to the area, “but what is the life value placed on a good day”s fishing?”

So at the end of the day, the San Juan River, the life stream of this area, has been rehabilitated. Fishery habitat has been improved, natural surroundings for birds and other mammals have been built,an exciting fishing experience enhanced and the region”s economic health supplemented. All this with minimal impact on the environment. Thanks, Adobe Contractors, Golden Equipment, businesses and people of the area and Volvo Construction Equipment for playing your part. 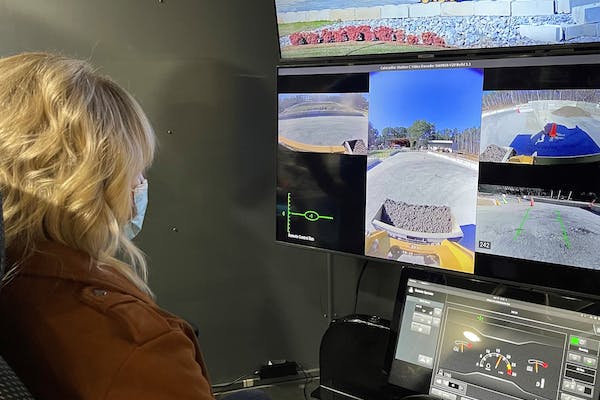 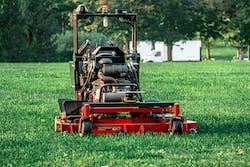