How to: Avoiding drowning when working near water

The accident: A 23-year-old man was placing large rocks on the inclined banks of a pond when, according to the owner of the landscaping firm for which he worked, he lost control of a wheelbarrow used to transport the rocks. The wheelbarrow overturned, and the laborer slipped into the pond, which had nearly vertical sides, as he tried to avoid being hit by rocks tumbling down the slope. As he fell, he grabbed the hand of a co-worker stationed on the steep incline above him. Neither man could swim, but the co-worker managed to climb out of the pond. He called 911 at a house on the property. A dive team located the victim’s body 47 minutes later.

The bottom line: Simple precautions could have saved this man’s life. When working on or near the edge of a body of water, strategically place or wear fall-prevention devices, grab lines, poles or life preservers. Since your job likely places you near pools and other deep water, learn to swim or, at the least, acquire basic water safety skills. If you’re working at a location more than 5 minutes’ response time from emergency medical services, you or someone else in your crew should be trained in cardio-pulmonary resuscitation, first aid and basic emergency response skills. In the example case, the location was remote and accessible only through a gate that had to be unlocked. Since the wheelbarrow might have triggered the man’s fall, choosing alternative equipment such as a four-wheeled cart that would have provided better stability on the slope could have reduced risks.

If a co-worker is drowning, extend a pole or branch to him/her, or throw a rope attached to a buoyant object such as a life ring or jacket. Then pull the person to safety. People who have fallen through ice may not be able to grasp objects. Still, don’t go onto ice unless you’re certain it’s safe. Do not attempt a swimming rescue unless you’re trained in water rescue, and don’t go into rough or turbulent water that may endanger you.

If you reach a victim whose breathing has stopped, begin giving rescue breaths as soon as possible, even if you’re still in the water. Once you reach land, call 911 and begin CPR. Assume the person has a spine injury, and avoid turning or bending the neck. Remove cold, wet clothes and cover him/her with something warm to prevent hypothermia.

Information for this Safety Watch was gathered from the National Institute of Occupational Safety and Health, OSHA, the Centers for Disease Control and Prevention and the U.S. National Library of Medicine. It is meant for general information purposes only. 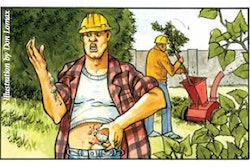 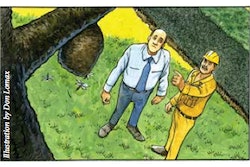 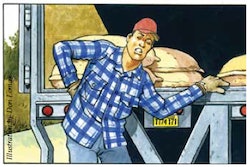 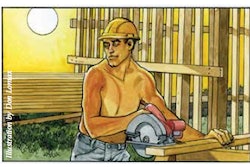